The temporal theme has elicited little enthusiasm from students. 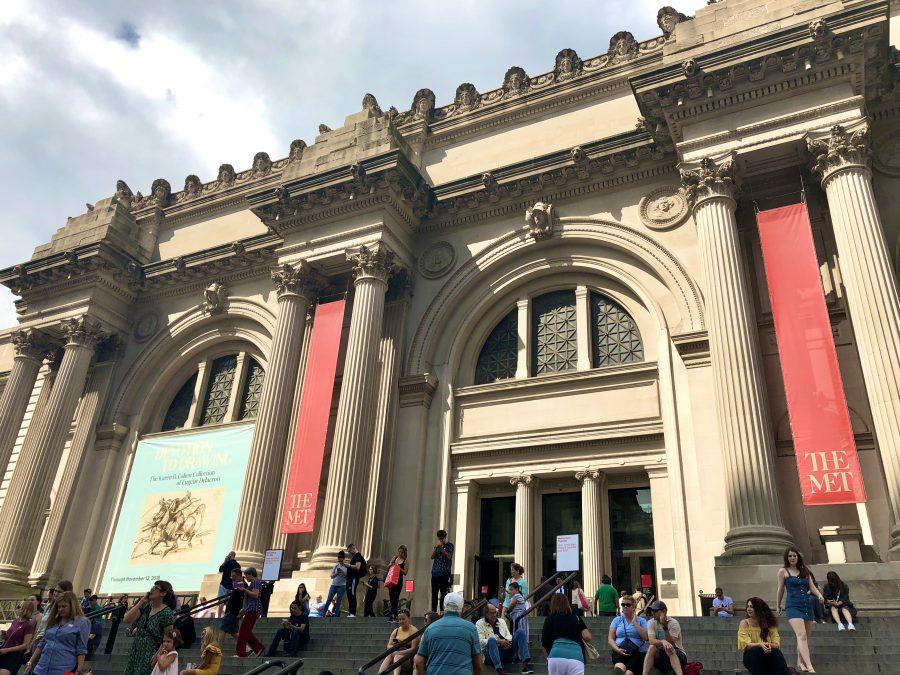 The Metropolitan Museum of Art. The Met has announced the theme of the 2020 Met Gala and the Costume Institute exhibition: "About Time: Fashion and Duration." (Photo by Jorene He)

Perhaps one of the only Mondays the world looks forward to is the first Monday in May, which marks the gala for the Metropolitan Museum of Art Costume Institute’s annual exhibition and fundraiser. Better known as the Met Gala, this extravagant event functions as an ultra-exclusive preview of the exhibition and aims to raise money from several hundred of the most notable figures in entertainment, sports and fashion.

Each exhibition is built around a specific theme, which serves as inspiration for guests’ own outfits. Past themes have focused on particular designers or specific motifs that have become ingrained in fashion. The theme for 2020’s event was recently announced to be titled “About Time: Fashion and Duration.” Billed as an exploration of fashion’s evolution through the decades as well as how it reflects the times, the theme drew ambivalent reactions from NYU students.

CAS junior Nathaniel Rodriguez was underwhelmed by the theme, describing it as “typical, as far as fashion themes go.” He found it lacking compared to past themes, especially compared to 2018’s opulent theme of “Heavenly Bodies,” which examined the Catholic Church’s influence on fashion. Rodriguez does expect the male attendees to continue to push the envelope of flamboyance, regardless of theme.

CAS sophomore Christine Qiao echoed Rodriguez’s reaction. She called this year’s theme “basic” and “uninteresting.” Like most have predicted, Qiao is anticipating that the red carpet will be filled with vintage looks.

“I can really see someone wearing, like, an archival Chanel dress from the Coco era,” Qiao said.

Reservations about newly announced themes are nothing new for the Costume Institute. Past installments have initially garnered similarly tepid reactions, most notably with 2011’s Alexander McQueen exhibit. Many felt the exhibition was coming too soon after the young designer’s tragic death. However, curator Andrew Bolton produced an exhibit that attracted record numbers of visitors and delighted critics for its celebration of McQueen’s legacy. If anything, Bolton has proven his ability to surprise audiences and critics alike over the years with his versatility and 2020 should be no different. (Bolton recently visited the Gallatin School of Individualized Study for a panel on curation alongside Gallatin professor of media and fashion Moya Luckett.)

Gallatin first-year Cici Wei was more optimistic about this year’s event. Wei, who has traveled to New York from Vancouver to see past exhibitions on multiple occasions, was not at all surprised by the theme.

“I wasn’t too surprised, as I assumed it would have something to do with the 150th birthday of the museum,” Wei said.

She did acknowledge that she thought it was much safer and lacking in creativity compared to past years. Wei hopes for the exhibition to not be entirely rooted in the past.

“I’m hoping for a good combination of classic pieces from various eras, as well as more modern pieces inspired by those times.”

Mixed reception aside, the 2020 Met Gala will undoubtedly turn NYU’s and the world’s attention to the Upper East Side in May. As for whether the actual exhibition will attain widespread success, only time will tell.