Left largely in the dark about graduation, December 2021 graduates are focusing on the future as they prepare to enter their careers. 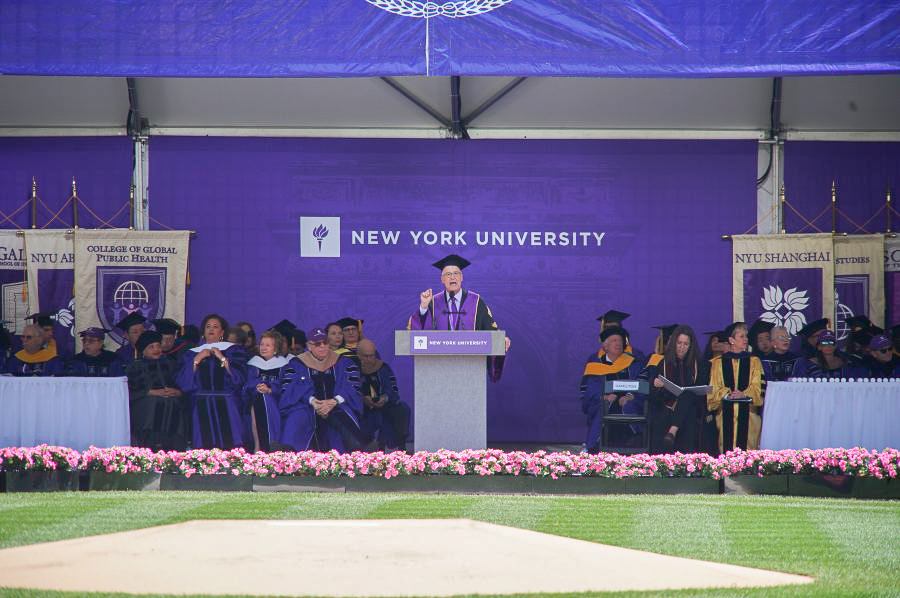 As seniors look forward to an in-person spring commencement, fall 2021 graduates have been left in the dark. These students have not received adequate information regarding graduation. (Photo by Alana Beyer)

NYU announced last month that an in-person graduation ceremony will take place for the class of 2022 at Yankee Stadium, with the classes of 2020 and 2021 also invited to a ceremony later that day at the same venue. This development comes after NYU’s attempt to honor the class of 2020 with Grad Alley, a virtual reality celebration that looked like a knock-off version of Minecraft.

The university’s announcement is refreshing for many alumni and graduating students because it gives them the chance to celebrate their achievements properly in person.

Despite this good news, not much has been said about the procedure for winter 2021 graduates, who will graduate on Jan. 24. Many seniors, including Avineet Gouri from the College of Arts and Sciences, have expressed issues with the communication of early graduation procedures.

“Honestly, I don’t know if this is on my part, or not paying that much attention, but I haven’t seen NYU provide that much,” Gouri said. “I feel like this semester I was just left in the deep end.”

Gouri initially missed his deadline to apply for early graduation, which he credits to a lack of information from the university.

Nick Tran, a Tandon senior on the lookout for commencement information, reiterated the lack of assistance and support from the university.

“As of today, NYU has not communicated any information regarding commencement with me, but I have a feeling that I will be joining my class at Yankee Stadium this year,” Tran said.

In NYU’s official commencement announcement, students were told to contact the Office of University Events at [email protected] or by phone at 212.998.6860 with questions about the event.

The office did not respond to a request for comment.

Angie Li, a Tandon senior involved with the Senior Class Activities Board, said she had a feeling that the December graduates would walk in May, though she received no explicit confirmation.

“I know that they are planning a December grad event, which is exciting,” Li said. “But part of me is sad that December graduates don’t have more opportunities to celebrate in the ways that the seniors in the spring semester would be able to.”

None of the other four seniors interviewed seemed to know about the event.

New York campus students aren’t the only ones suffering from this lack of transparency. NYU’s other degree-granting campuses also haven’t provided guidance for seniors graduating this winter.

“According to campus rumors, NYU Abu Dhabi is planning a small ceremony with potential guest speakers and a rented venue for December graduates,” said Krisztian Keszocze, an fourth-year economics student at NYUAD.

The hopes of these early graduates reflect the knowledge of graduation plans among campus administrative staff — nonexistent. Gouri laughed as he recalled a meeting with his adviser to discuss graduation, which lasted all of five minutes.

“It would have been nice to see that the school actually cares about what I’m doing, and that I’m graduating,” Gouri said.

Despite NYU’s lack of transparency regarding graduation, many seniors are eager to get a head start on their lives and live for the first time under a title other than student. For Gouri it means living each day to the fullest without the guilt of schoolwork, while for Tran, this means working as a data scientist.

“I am excited to enter the industry early,” Tran said. He smiled, adding, “I had to put this quarter-million-dollar education to use.”

As for the rest of NYU’s class of 2022, some are bracing themselves for the possible confusion and familiar lack of transparency they could face in May.