If you’re tired of Washington Square, Union Square and Tompkins Square, these slices of nature offer an escape from city life without having to leave the city itself. 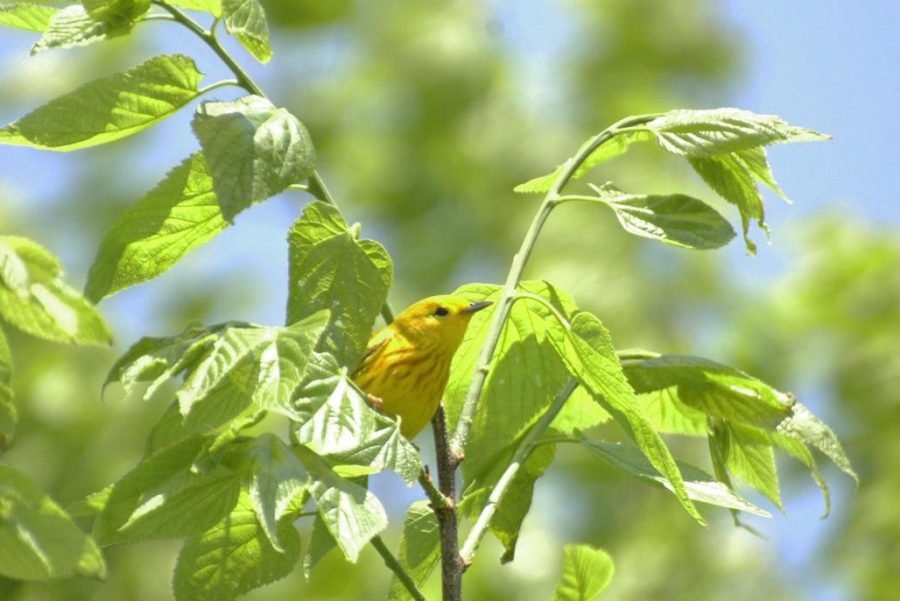 While NYC's reputation as a busy city is well-earned, there's still bits of wilderness to be found. Parks throughout the city's boroughs offer chances to explore nature. (Staff Photo by Alex Tey)

Are you tired of pretending that the trees in Washington Square Park are a forest? Want to return to the wilderness? Well, you’re more or less out of luck. New York City is pretty much entirely developed, and even natural-seeming areas are managed and cultivated by humans.

That doesn’t mean that you can’t enjoy nature, though — there are fantastic natural areas within reach that’ll let you escape the noise and bustle of downtown.

Central Park is a great place to start, sure, but you deserve better than that tourist trap (even if it is a genuinely beautiful tourist trap). There are many more places than these to experience a sense of the outdoors — if a place is green on Google Maps, it’s worth checking out.

We’re ranking New York City parks based on accessibility by transit and the value you get for your travel time.

If you have access to a car, you have to get to Breezy Point Tip (Queens), Mount Loretto Unique Area (Staten Island) and Floyd Bennett Field (Brooklyn) — they feel more wild than anything on this list. For our purposes here, though, we’re going to be focusing on places you can get to by public transit from the NYU campus.

Shirley Chisholm State Park is an impressive example of what environmental restoration can look like. Formerly the site of two city landfills, extensive restoration work over multiple decades created a landscape that resembles a wild grassland.

Native species that grow in the park attract butterflies, moths and grassland birds, as well as human visitors. The park feels like what a native grassland is meant to be. If you stand in the right spot, you can pretend that the park was always picturesque and not a reclaimed landfill.

Like Floyd Bennett Field, though, it’s hard to get to without a car or a lot of persistence with public transit, so it ranks lowest on this list. Still, I couldn’t not mention it — it’s legitimately exciting that a place like this even exists (check out Fresh Kills Park in Staten Island, too), so if you can make the trip, you absolutely should.

Directions from campus: Take the D train to Atlantic Avenue Barclays Center in Brooklyn and then switch to the 4 train. Ride the 4 until you arrive at Utica Avenue and then transfer to the B-17 bus. Take the bus to Seaview Avenue, then walk for 31 minutes until you reach the park. Good luck.

Like its better-known cousin Central Park, most of Prospect Park isn’t as natural as it looks. It was constructed in the mid-1800s after the success of Central Park, and continues to be heavily cultivated. Nevertheless, it is Brooklyn’s only remaining forest: a 250-acre stretch of woods that starts at the Vale of Cashmere and extends through the Ravine to Quaker Cemetery and Lookout Hill.

Though the true old-growth trees are long gone, the Ravine still feels like a true forest. A creek babbles under stone bridges. The canopy shades the paths in verdant green during the summer and dazzles with color in the fall. Climb steep trails and hillside stairs to get a taste of hiking, or stroll the sloping paths to take in the quiet of the woods.

On the western edge of the Ravine, two small ponds host ducks, geese and herons. Keep an eye out during migration seasons in spring and fall for songbirds gleaning insects from the leaves. Though it’s a haven for both wildlife and human visitors, this park doesn’t rank highly on this list because of how crowded it can get, even in the deepest depths of the Ravine.

This one’s a bit of a trek, but you won’t find anything like it anywhere else in New York City. Jamaica Bay Wildlife Refuge is situated on a narrow strip of land connecting mainland Long Island and the Rockaways, so it’s surrounded almost entirely by water. Created in the 1950s, the refuge offers woods, marshes, and two large freshwater ponds enclosed from the bay. It’s part of the Gateway National Recreation Area and is maintained by the National Park Service.

The East and West Ponds provide habitat to migrating ducks, shorebirds and songbirds, like warblers and flycatchers, allowing them to refuel in the wooded areas.

Mute Swans — invasive but beautiful — can be seen around the West Pond, as well as native waterfowl. Make sure to stay clear of territorial Red-winged Blackbirds and Canada Geese during spring and summer.

On the east side, you can explore grassy paths through thick-wooded areas that lead to a broad view of the pond. Don’t forget bug spray, and consider sticking to the south side of the East Pond during mosquito season — I’ve collected plenty of bug bites further to the north.

A loop trail encircles the West Pond, but check at the visitor center or online before entering, as it’s sometimes closed off for maintenance. When the trail is open, it’s the best way for first-time visitors to explore the wildlife refuge — it takes you through the forest and, past both freshwater and saltwater habitats. You’ll be able to enjoy wildlife in a way that you can’t anywhere else in the city.

Directions from campus: Take the A (W 4th St – Wash Sq) to Rockaway Blvd and transfer to the Q52-SBS or Q53-SBS bus to Cross Bay Blvd/Wildlife Refuge, or just take the A to Broad Channel and walk about 20 minutes to the wildlife refuge.

The largest park in New York City stands far ahead of the rest when it comes to habitat, wildlife and general wildness. The only reason that it doesn’t come first on this list is because it’s hard to get to from campus. Even though the 6 train stop is named after the park, it’s not that close to the park itself. In the summer, a city bus gets you the rest of the way, but after Labor Day you have to get creative with alternate bus routes via City Island or go on foot to the park from the train station. It might feel far, but it won’t take you much longer than walking the length of the greater NYU campus from Union Square to Houston Street.

Once you’re there, you’ll feel like you’re out of the city. People say that a lot about lesser parks, but the saying holds true for Pelham Bay Park.

The park offers every habitat found in the region — forests, open water, saltmarsh, intertidal shoreline, wetlands — and supports a broad variety of wildlife. Rabbits and deer are ubiquitous, of course, but you can also spot coyotes and even foxes at the crepuscular hours. Pelham Bay Park is also a haven for birds and has much more extensive habitat for visiting owls in the winter than the other parks on this list.

Walk the boardwalk from Orchard Beach to Hunter Island (which is really more of a peninsula) to explore the most beautiful wooded trails in the park. From the shore there, you can look out into the Long Island Sound at the islands that surround the park.

Directions from campus: Take the 6 (14 St – Union Sq or Astor Pl) to the end of the line at the Pelham Bay Park station and take the Eastchester 0045 bus or walk about 25 minutes to the park. In the summer, take the Bx12 bus from the 6 train.

This gem of a park is located at the northernmost tip of Manhattan. It’ll make you forget that you’re still on the same loud and chaotic island you started on.

It contains all the best parts of Central Park in one place, with a more diverse landscape — the park features 200-year-old tulip trees, Hudson River views and steep cliffs — it even contains fragments of original old-growth forest. Check out the Ridge Trail and the Clove area in particular. In the Clove, you can also see the so-called Indian Caves, a series of rock formations used as a seasonal camp by the Lenape people.

Fall and spring bring spectacular bird migrations to the dense forest, especially fast-flitting, colorful warblers. In summer, listen for the ethereal song of the Wood Thrush echoing through the woods of the Clove — the only place in Manhattan where the species breeds. The pier at Muscota Marsh is the most likely spot to see Sealy, a beloved local harbor seal. Keep an eye out in the winter for Eastern Screech-Owls roosting in tree cavities, and larger owls like Barred Owl and Great Horned Owl high on tree branches.

The park offers baseball fields, soccer fields and tennis courts in athletic facilities that are harder to find in Lower Manhattan.

Best of all, this one isn’t even hard to get to — it’s just 40 minutes from Washington Square on the A train.

A version of this story appeared in the Oct. 4, 2021, e-print edition. Contact Alex Tey at [email protected]