The writer of this article does not want her mom to know she wrote about condoms and would like to remain anonymous. 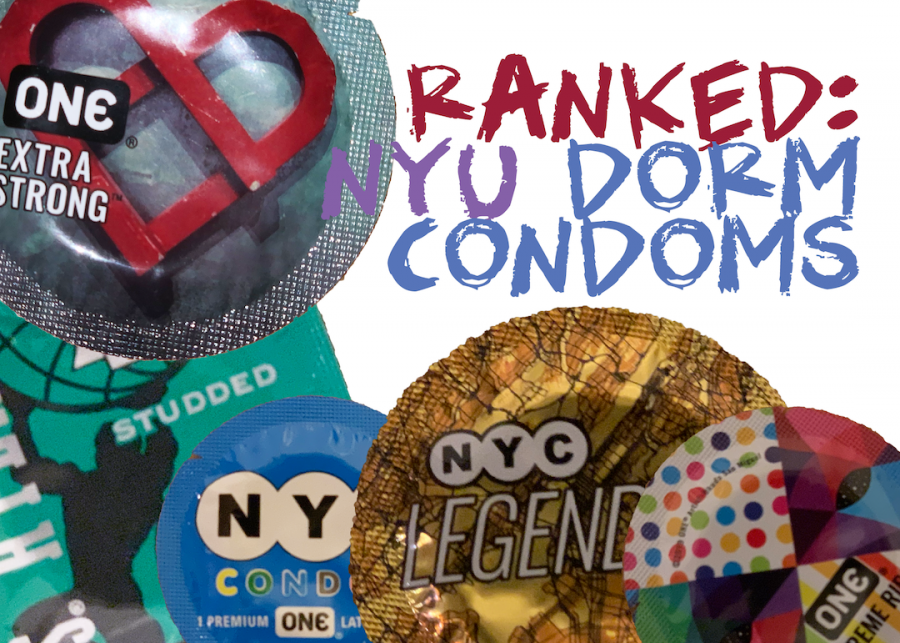 There's a giant box filled with condoms at every NYU residence hall. This article will help you find the perfect one in this mountain of options. (Staff Photo and Illustration by Alex Tran)

Listen, it’s college. Some people have sex and some people don’t. But if you are going to take part in sexual activity — especially if it involves a penis — it’s important to have protection. It’s drilled into students’ heads that if they choose to have sex, protection is important, but the details are never discussed. A lot of questions are left unanswered. For one: What condom is the best condom for you?

Even though NYU doesn’t give out the answer to that during Welcome Week, it does provide every residence hall with a giant clear box filled with a colorful variety of condoms. It is, however, hard to decide which one to choose. Perhaps the one that looks like a rainbow? The one that’s intriguingly blue? Any of those might be right for you, but for this installment of our Ranked series, I tried seven different condoms in a controlled experiment where condoms were evaluated on taste, stretch, strength and texture. (These criteria won’t perfectly predict your experience, but they’re a good place to start.) 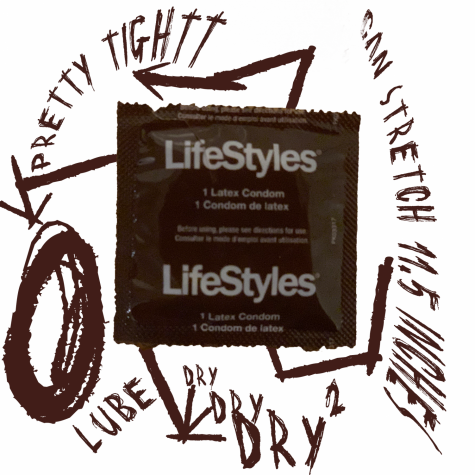 This condom is a lot drier than your standard condom. I would like to say the word “dry” again because that’s how dry it is. Not only is it singularly dry, it’s dry squared. Anyway, this condom stretches to around 11.5 inches. It’s pretty tight, and the texture is powdery. One big plus: This one actually tastes the best out of the seven. If you prefer zero lube and are OK with a drier feel, then this is the condom for you. 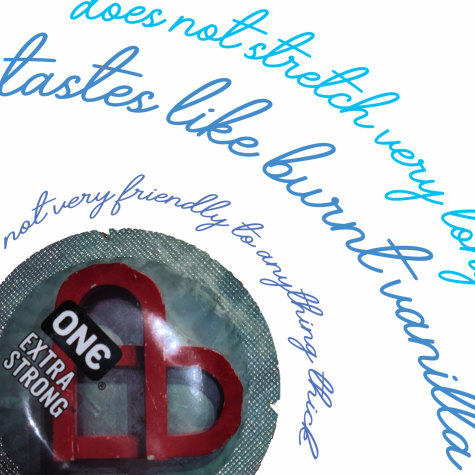 The Extra Strong slips on just fine, but it isn’t comfortable to put on and is not very friendly to anything thick as well. It’s not super durable, as it ripped during my experiment and tastes like a piece of burnt vanilla that leaves you with a raw feeling in your mouth. It also doesn’t stretch very long, ranging from 8 to 11 inches. 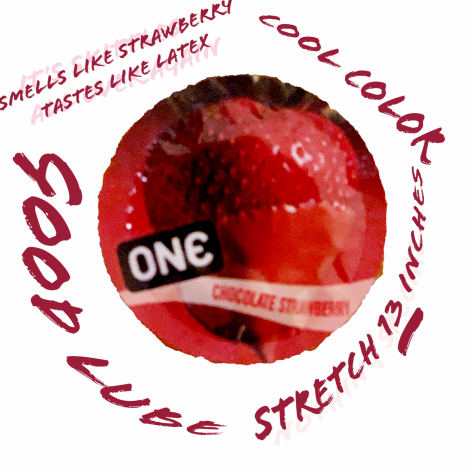 The Chocolate Strawberry condom has a really cool color and contains a good amount of lube. This one is definitely weaker than the aptly named Extra Strong, stretching 13 inches, which gives it more flexibility regarding width. But other than that, there is nothing special about this one. It definitely smells like chocolate strawberry, but the taste is the same as the other condoms: latex. If you were to have oral sex with a condom, this might be the one for you, given that it smells really good. 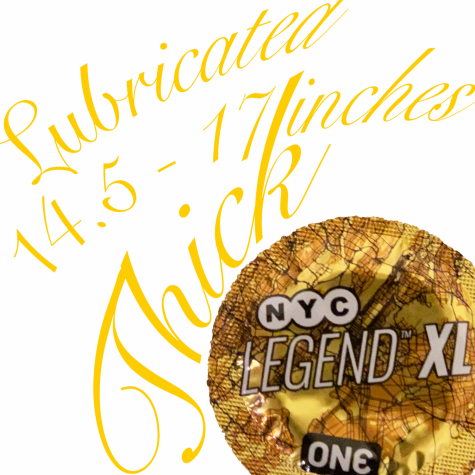 The XL is THICK. It is lubricated, but not as much as previously listed condoms. It is very smooth and stretches from 14.5 to 17 inches. It still tastes like latex. Nonetheless, it would be a worthwhile option if it didn’t come in a golden package titled “NYC Legend XL.” One disappointment is enough for the night. 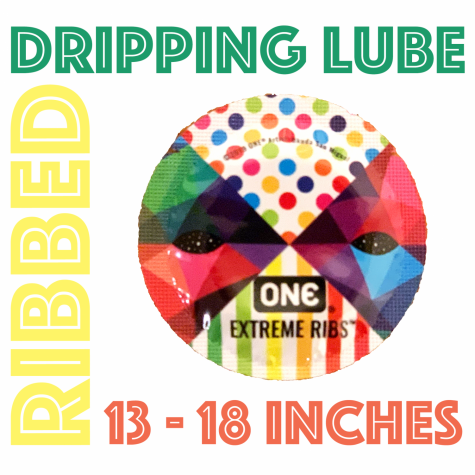 This one is very lubricated, dripping lube from the moment I tore the package. The ribs start showing four inches from the tip and are not very defined. However, they were more defined than the studded condom. The ribbed condom can stretch from 13 to 18 inches with a comfortable wrap. Latex flavoring is still used in this one. If you like more texture during penetrative sex, this might be the condom for you. 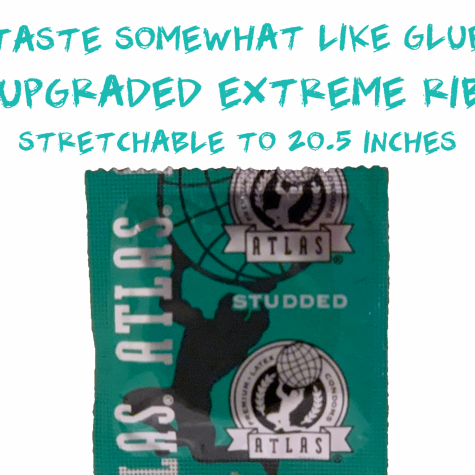 This studded condom is an upgraded version of the Ribs. It is slightly less lubricated but still very tight and stretchable to 20.5 inches. The studs start 3 inches from the tip. It tasted somewhat like glue. The studs are more noticeable than the ribs, so it could be another good choice for penetration. 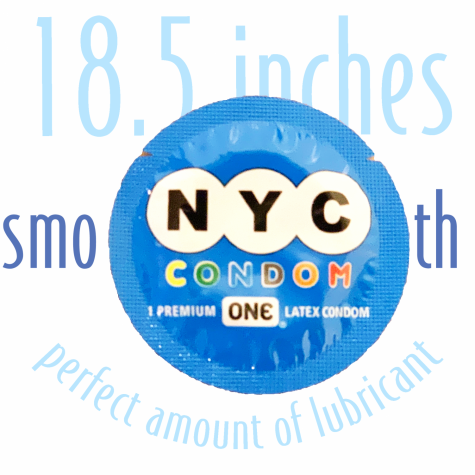 I thought Super Sensitive was the best condom out of the seven. The texture is smooth and it stretches to around 18.5 inches. It is easy to put on and has the perfect amount of lubricant. This tastes like all the others, but it is the most simple one that would not disappoint or intimidate you. ONE NYC Super Sensitive is definitely the one to go for if you are new to the game.

I hope that this list makes it easier for you and your partner(s) to find the right condom. And before I go, let me impart some more advice: When you put a condom on, make sure you open it, pinch the top and roll it down carefully. Do not pull the condom all the way to the tip — otherwise, it could easily pop. This little bubble is for the semen to go into so it won’t create tension and break the whole thing. Condoms can only protect you if you use them correctly.

A version of this article appeared in the Monday, September 20, 2021, e-print edition. Contact the Culture Desk at [email protected]