How NYU Students Prep for the Election Season 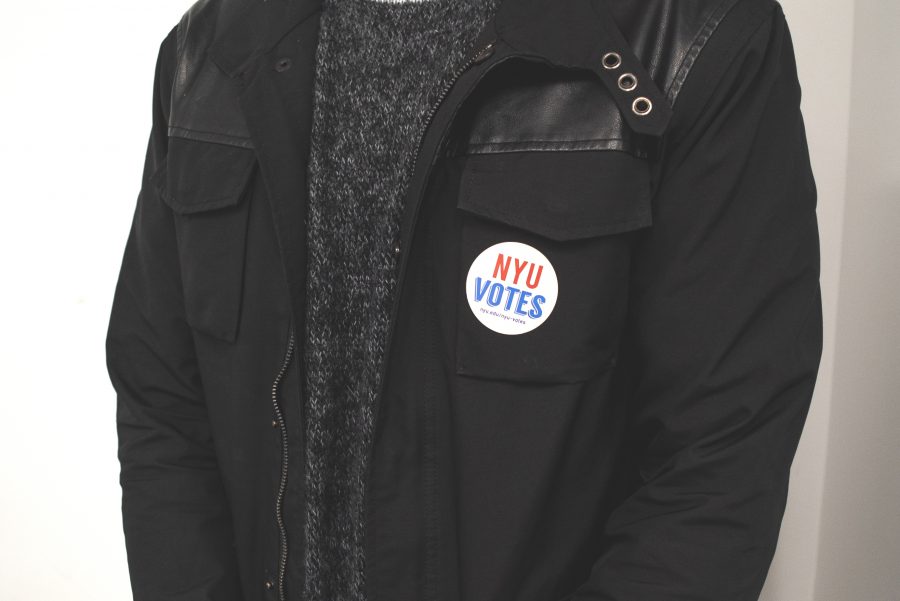 The new year typically prompts feeling of hope and optimism, but students struggle to shake their anxieties as the nation’s political climate remains muddled in turmoil. As students follow the current impeachment trial and prepare for the upcoming elections, they channel their anxiety into their civic duty.

“I am feeling very nervous about this election season,” LS freshman Colin Gasperoni said. “I’m a Democrat, and I support several of the current Democratic candidates. But I’m still unsure if there is a candidate who has what it takes to beat Trump.”

Gasperoni said he is preparing for the elections by staying up-to-date on news. He enjoys listening to podcasts like “The Daily” or “NPR Politics” to learn about the candidates and other important issues.

“It’s actually my first year voting,” he said. “In the 2018 midterm elections, I did door-to-door campaigning for my local congressman, Mike Levin, as a way to exercise my political voice without a ballot in hand. I’m so excited to actually be a part of my country’s politics firsthand this year.”

Many students simply follow the news, but some students, such as CAS sophomore Roxane Chopin, turn the televised debates into watch parties.

“A bunch of my friends and I got together and watched the last debate,” she said. “We sat around eating Reese’s and commenting on the candidates’ responses to the questions — it was fun.”

Chopin recommended that students watch the debates and follow the polls throughout the election season. She emphasized the importance of fully understanding the policies that the candidates are pushing.

“You need to make sure you actually agree with the candidate’s policies and what they are campaigning for — not just taking cues from one aspect of their identity,” she said.

As the election season is still in its early stages, many students are undecided about which presidential candidate they will support. Nonetheless, LS sophomore Isabella Vieira is already making plans.

“Currently, I don’t have one candidate I strongly endorse, but for when I decide on one, I have been looking into joining a student group for whichever candidate I choose,” she said. “For now, I am doing my research, listening to the news and talking to others about who to support, ways to support them—and of course, I will be voting.”

Vieira also explained why she votes and why it is important for other students to vote.

“I see voting as the minimum you can do to be politically active,” she said. “You may feel like your voice doesn’t matter, but it does. Our representative democracy wouldn’t work if no one voted. Young people need to step up voting if they want their views to be heard, otherwise the older generation will be completely in control.”

“Generally, [young people] are not very politically active,” he said. “They vote less than older people, they’re less interested in politics than older people and therefore, they have less power than older people. Older people are outvoting them, and the decisions about their future are being made by people who will not be around when they are full-fledged adults.”

Egan also said that while every generation’s turnout generally increases as they age, the young generation today is voting at much lower rates than previous generations when they were young.

“This suggests that there is some kind of chronic disengagement among this generation that is quite troubling,” he said.

Egan listed several ways that young people can change their generation’s course and become more involved in politics: volunteer for a campaign, become informed about the candidates’ offerings, participate in a voter registration drive, volunteer to be a poll watcher on Election Day or work for an organization that educates voters.

He said there is emerging evidence in political science that individual efforts to get other people to vote and participate in politics can be quite effective as well.

“So, one thing that you can do among your friends and family of your age is be persistent and annoying about making sure they are registered and they vote,” Egan said.

A version of this article appears in the Monday, Jan. 27, 2020, print edition. Email Tatiana Velasco at [email protected]