With season two’s arrival comes a plethora of updates to “Warzone” and “Vanguard” that add innovative content, alter gameplay, and fix old glitches (but not without adding some new ones). 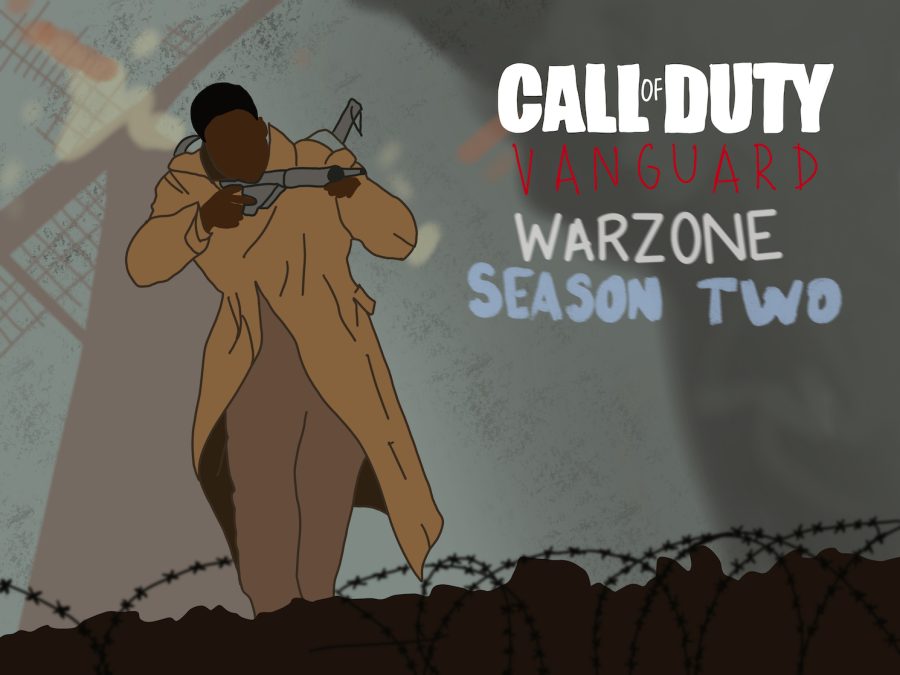 “Call of Duty: Vanguard,” and “Call of Duty: Warzone” are the two active installments in the “Call of Duty” first-person shooter franchise. But not much has changed since “Vanguard” released in November, causing the games to feel somewhat stale. Players were hoping for content updates and bug fixes in “Warzone” and “Vanguard,” and those hopes were finally fulfilled last month with the season two update.

The first major aspect of the update are the two new maps. The first map, Gondola, is snowy, narrow and flanked with bases. Though simple, it’s nuanced — the metal beams serve as cover for players running from one base to another, the gondolas can covertly transport players across the map, and elevated rocks allow players to swiftly transfer between elevations.

The other new map, Casablanca, is dotted with small markets. Players hop from roof to roof, snake through alleyways and pop out from doorways to surprise foes. Its layout is more complex, which can encourage players to devise diverse strategies.

In addition to maps, season two has debuted a few new items and weapons. The Ball Turret Gunner in “Vanguard” places the player in an aerial turret. It’s practically identical to the Chopper Gunner from 2009 “Call of Duty: Modern Warfare 2”. Despite its familiarity, the Ball Turret can still change the course of a match.

These rounds are not without a counter: The Portable Decontamination Station is a new piece of equipment that briefly removes toxic gas. If players have one on hand, they can revive a teammate downed with Nebula V rounds. It can also make for lucrative endgame strategies. When the safe circle moves in a match’s last moments, teams can set one up in the circle’s new location before it is safe, allowing them to surprise enemies that are running into the safe zone.

In regard to game mechanics, the height to which a player can climb has been increased in “Warzone,” a subtle change that makes skilled gameplay less frustrating. Before, some jumps were difficult to make; players would fall and their strategy would fail. Increased mantle height makes movement more smooth and consistent. Though this makes it easier for less experienced players to use certain spots, the skill gap is still present — experienced players can still gain an advantage by using the spots to their full potential.

More serious players have been clamoring for a competitive game mode in “Vanguard” since its release. Now, a ranked game mode for the more competitively inclined, has finally been added to “Vanguard.” Players can now climb their way up the ranks and improve greatly as they do so. Although it took some time to incorporate this into the game, it is a welcome addition for players who want to challenge themselves at a higher level.

As for in-game purchases, the new options offer an aesthetic bonus without affecting gameplay. The “Attack on Titan” bundle, for example, is an homage to the popular anime series, showing that developers are not afraid to add more cartoony cosmetics. If skin designers are overly bound by realism, the costumes will be boring and repetitive. The developers have done it right this season, including one glowing outfit, another that incorporates a gas mask and a blizzard-ready suit, among others.

The developers also listened to player feedback, fixing past issues like freezes at buy stations. However, some new issues have been introduced. In some instances, players freeze when landing in the map, and some have also been experiencing high network latency. It’s good that developers focused on resolving issues that players have voiced, but it is vital that these new issues are fixed quickly, as they can ruin a player’s in-game experience.

With its new season, “Call of Duty” has made a positive impact for its fanbase. Glitch fixes and the launch of ranked play have shown that developers really care about player feedback. Additionally, the new maps, items and cosmetics reanimate the games. However, the developers need to keep this up — with fierce competition in the first-person shooter space, they need to stay ahead of the competition by adding new, creative features on a consistent update schedule that shows their players that they care.