The Understated Magic of Short Stories

Short stories are becoming obsolete in this digital age, but they provide an aesthetic that young people should return to. 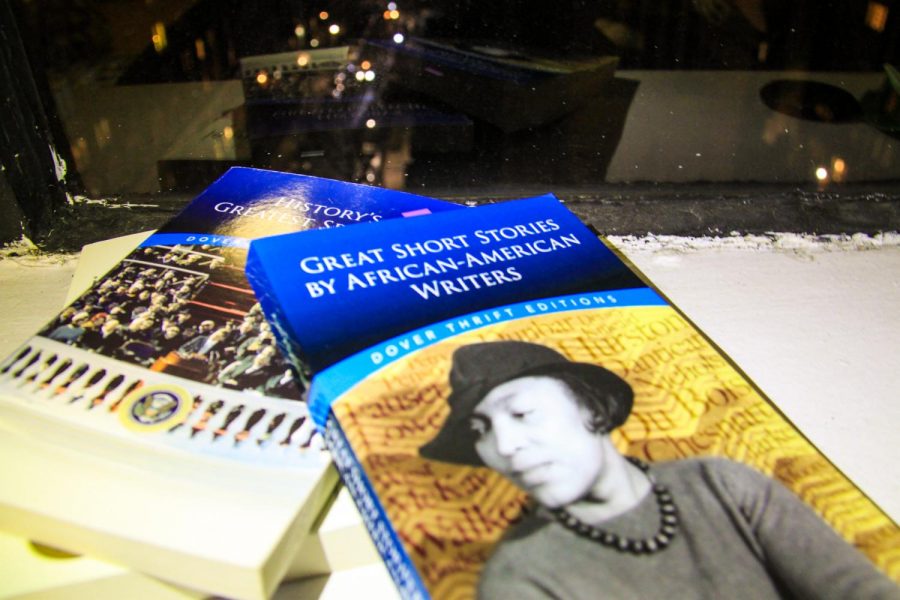 Short stories are quickly losing its popularity in our modern world. Despite their unpopularity, short stories have much to offer in the way of aesthetics, mental acrobatics and surprising endings. (Staff photo by Alexandra Chan)

Short stories, in theory, would fit right in with this age of short attention spans and quick consumption… but they aren’t. While they’re usually no more than 10 thousand words, available in bite-sized pieces and capable of being read in under a half hour, people still neglect this type of storytelling and I want to tell you why.

Short stories are elusive. Even as an English major, the pool of short stories is often too much for me. I can get lost in endless anthologies of collected works which are often impossible to gauge from just a glance. Or, if it’s a collection by one author, it can seem intimidating. Sometimes I only want one story, but I’m given a handful with no way of knowing which one to start with.

No one can buy a singular short story at a bookstore.  If I’m going to haul myself to Strand Bookstore to smell some books, I’m much more likely to pick out a classic that I should really read rather than thumbing through anthologies of short stories that may or may not be good. No one’s ever recommending short stories specifically, after all.  Of course, people can look up PDF’s or browse through the always-teetering stacks of “Paris Review,” but that’s simply overwhelming in its own way.

Short stories should reign supreme in terms of their length.  They’re less commitment than a novel. They aren’t usually as abstract as poetry.  Yet no one’s ever raving about the short story they just read. That’s because they’re cumbersome in their own way. They’re often unsettling, with odd characters and endings that leave you frustrated. I’m thinking of the impossible end of “Arcadia,” where protagonist Peter finally realizes his wife and their unborn child will never escape her possibly-alcoholic brother and his isolated farm.  Still, despite open endings, the meanings imparted by short stories often provide important portholes into the human experience.

Despite their unpopularity, short stories have much to offer in the way of aesthetics, mental acrobatics and endings that make you sit back and think “what the f-ck.”

Short stories are miniature doses of people, problems and settings. It’s a tiny pocket into a world, made accessible. You get to know a character just briefly. It only takes a coffee date and then they leave you, for better or for worse. And their stories can totally scramble you even in that tiny increment of time. I’m thinking of Edgar Allan Poe’s short stories. Or the ever-iconic “Dubliners” by James Joyce. But maybe then, as a reader, finishing a short story isn’t an accomplishment due to their understated nature. Flipping through the entire thick volume of a novel is often met with more social kudos.

However, short stories are really irreplaceable.  No other piece of literature can offer so much information in such a small space in prose with the same punch. Short stories don’t need much time to build up anticipation. They really are a compact, complex, fascinating bundle of words. So I urge everyone to read a short story. And experience the artistry for themselves.