WSN spoke with Molly Neuman about Bratmobile, “riot grrrl” fanzine, diversity in the music scene and the current state of reproductive rights in America. 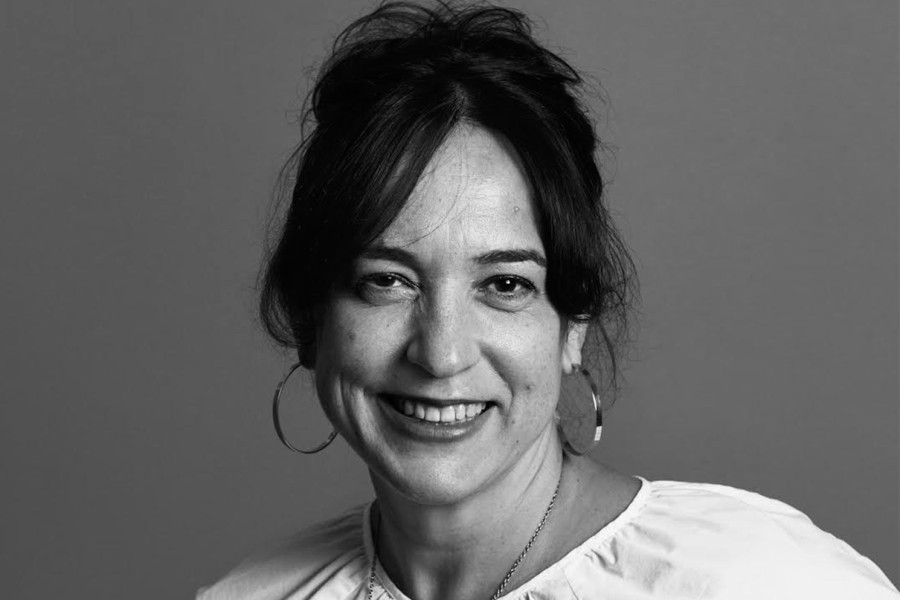 Molly Neuman talks about “Bratmobile” and her recent role as the president of Songtrust. (Image courtesy of Vanessa Shih)

The story of riot grrrl would be incomplete without Molly Neuman and Bratmobile, an American punk band active in the ’90s. Not only did they pioneer the movement, but also coined the hallmark phrase that a generation of women would use to reclaim punk rock.

Once Neuman and her friends entered the punk scene during college,they realized how male-dominated the punk scene was. They created “riot grrrl,” an unconventional fanzine that revolutionized and defined the entire movement.

Bratmobile translated this into an eclectic music style that combined garage rock with political lyricism. Molly Neuman called in from Los Angeles to discuss diversity in music, business — and the intersection between the two — with WSN.

WSN: Tell me a little about how you got into what is now known as riot grrrl?

Molly Neuman: Riot grrrl was very loosely organized. I would even say unorganized. It wasn’t meant to be a specific movement per say.

In college, I was studying a lot of sociology and political economy, women’s studies, ethnic studies. I was going to college on the West Coast, but my friends and I were coming back to the East Coast for the summer. We connected on some of the obvious gaps for women musicians and organizers in music and in punk music, which was our scene.

In our youthful energy one of our friends sent us a postcard saying that we were going to have a “girl riot” this summer. We were all going to converge in Washington, D.C. — our band, and our friends, Bikini Kill.

We converged in D.C. and collectively tried to find something to do. We made a fanzine and called it “riot grrrl’” and we passed it out at shows to say, “Let’s get together, we’re all going to be here for the summer — let’s have a meeting.”

There was this inherent connection between activism, punk and community. From there, it became its own thing. I think I went to a couple of meetings; ultimately, that was it. It was an idea conceptually that people found an affinity for, and so riot grrrl became its own organic movement. It became a self-sustaining community. I think it’s kind of powerful in a much more genuine way because it still has meaning. It was also divisive, because when you do claim space, those who historically have it are threatened or concerned or angry or alienated.

There was a lot of support from men and from other people in the community, but there were a lot of people who were like, “No, this is horrible” and “This music is bullshit.” But that’s the way things happen when you are proposing change.

WSN: While the movement began, could you tell it was going to be historic?

MN: Aspirationally, when you speak about things like revolution, and you use that language, you can’t help but hope to transform in a radical way. I think in life you hope to be a part of things that are good, to be on the right side of history. I am not the representative of the movement, but on a personal level I was very happy that it had its own energy.

But I needed to do something else. I began to focus more on writing and playing music. There was stress with conflicting opinions, people saying “This is what we are, this is what we should be,” and then there was criticism because it was very white and somewhat privileged. By and large, most of those early participants were college students, graduates or some kind of intellectual self-taught dynamic. I think that those criticisms were extremely important and valid, but they were also stressful.

WSN: How did Bratmobile’s political beliefs translate into the sound of your music?

MN: Our music is pretty straightforward. We don’t have drum fills, solos or huge choruses. It’s a punk band. Really, that is pretty political in many cases.

Jazz musicians have a different assessment of technique and quality. I think there is room for appreciation of it all but we certainly didn’t wait to play until practicing for five years. We didn’t wait to play after noodling in our bedrooms and figuring out the parts. We were like, “We’re going to write a song, and we’re going to play the show.” I think that that is somewhat political, in a way.

WSN: Do you have a particular Bratmobile song that you believe is especially relevant at this point in time?

MN: Many of these songs were written in a different political era, from George H.W. Bush to Clinton and then Clinton to George W. Bush. That environment was informing a lot of what we were commenting on. Sadly, they’re still super relevant.

WSN: Especially with Roe v. Wade potentially being overturned within the month.

MN: The climate that we were operating in the early ’90s was an era of trying to undermine choice and reproductive rights. That horrifying reality is much more acute right now. It’s all too relevant.

WSN: You’re working at Songtrust now, tell me about that.

MN: From being in college and starting a band, to working at a record company, being a partner and manager, and working in digital music in the early legal zone, I was fortunate to work in different areas but I was always connected to the independent spirit on the side of the artist. Almost five years ago I joined Songtrust. I became president in the fall of 2019. We support writers and composers and producers who have publishing royalties to collect. It’s an area of the industry that has not been very accessible and we’ve been trying to make that available to not just superstars.

WSN: It seems you were able to build upon your experiences working as a musician, understand the way you were treated within the industry and build this incredible business where you can help people who may not know.

MN: Thank you. It’s fortunate. There are probably more lucrative career paths. Maybe more stable or relaxed. But it does, I think, connect to that original idea of, “Oh, this is a new opportunity, I haven’t really seen that many women have these opportunities, so let me see if I can do it. Let me try.” That hasn’t always been successful. As proud of this journey I am, it’s definitely had ups and downs.

I think for students who are contemplating a career in music, being open to business can be challenging, but it’s also rewarding to do things a little bit unknown. The actual more mechanical pieces are where the gatekeepers can really be maintained. We need more women making records, making beats, producing records.

WSN: Is there any advice you would like to give students just starting off at NYU and getting into riot grrrl or other feminist movements?

MN: Ann Powers has written a number of books about women and music. Another woman named Evelyn McDonnell writes books that include women in punk along with other genres. Ann and her team create these incredible playlists that have hundreds of songs with contextual references. From British punk to R&B to U.S. punk, throughout the last 40 years or so. I think those are great places to start just for sonic references.

There are things to do. People who listen to new records or go to shows and review them, all of that energy is so important because you want more voices talking about this stuff. We all should work towards a more representative and balanced environment and hopefully that will make these things less radical, less of a lift. The power of that is what I’m still grinding away at.