WSN spoke with Johanna Fateman about the riot grrrl scene in the 1990s, North Carolina, and getting Le Tigre back together for an upcoming performance. 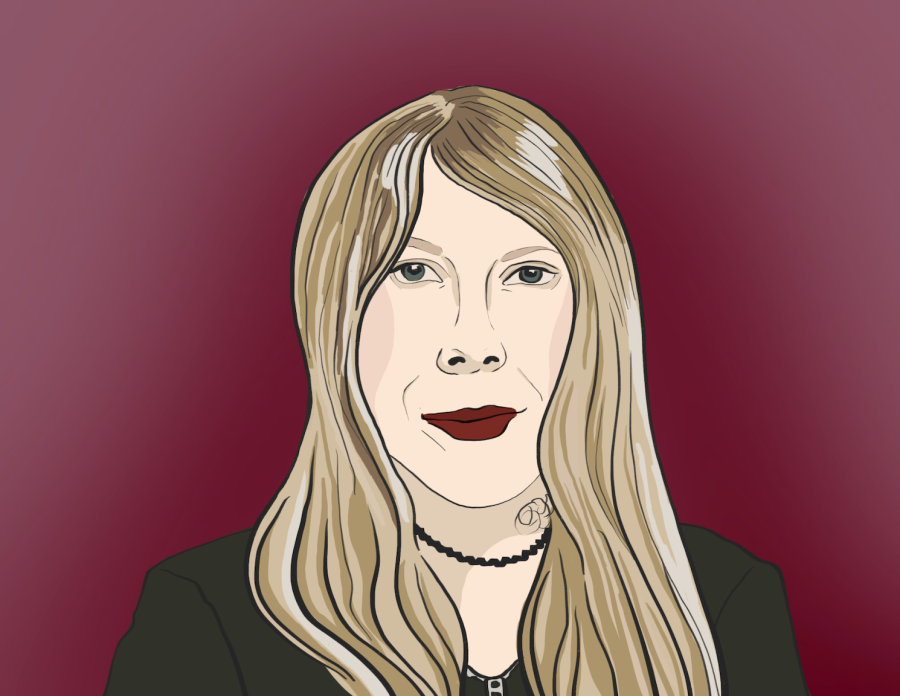 What do you get when you combine electronic rock, 1990s New York City and the riot grrrl movement? None other than Le Tigre, of course.

The American electronic rock band was formed by Johanna Fateman, Kathleen Hanna and Sadie Benning, who was later replaced by JD Samson. Samson has been an Assistant Arts Professor at NYU’s Clive Davis Institute since 2018. Le Tigre has released three studio albums, all of which combine punk, dance and hip-hop and deal with issues of feminism and the LGBTQ+ community.

Fateman collaborated on the writing and publication of Snarla, a zine that was informed by and distributed through underground feminist punk networks. Snarla, along with some other of Fateman’s riot grrrl zines, were donated to the Fales Library at NYU’s Bobst Library.

Hanna, Fateman and Samson will be performing for the first time in more than a decade at this summer’s This Ain’t No Picnic Festival in California.

WSN: How did you get involved in the riot grrrl scene in the 1990s?

Johanna Fateman: I grew up in the Bay Area near Berkeley. There was a punk club called 924 Gilman there. It was an all-ages club, and all kinds of punk bands played there. There were bands with women in them like Tribe 8 and Spitboy. I suppose that’s where I started seeing Kill Rock Stars bands. I was in Portland when I first saw Bikini Kill, and that’s where I first started learning about exclusively feminist-defined zines.

In the early ’90s, I started making a zine called Snarla with my best friend at the time, Miranda July. But I think through going to shows and trading fanzines with other girls, we both became involved with what came to be called the riot grrrl scene. But as far as riot grrrl meetings, I don’t think either of us ever went to one. I don’t think it was really a thing except for in Washington, D.C.

WSN: I saw you made zines, some of which are actually on the third floor of Bobst, which is the NYU library. They were donated to the riot grrrl collection there.

JF: Yeah, my papers from the ’90s, my correspondence, my zines, all of the stuff I archived from that time are in the Fales Library riot grrrl collection.

WSN: Tell me how you got involved with Le Tigre to begin with.

Kathleen had just made this “Julie Ruin” record and wanted to figure out how to perform it live. We were going to do that, and then it just became a different band. We started writing new songs instead of just performing Julie Ruin songs, although we did perform a couple. But it was mostly new songs.

That’s how Le Tigre started. Sadie lived in Chicago, so it was a long-distance thing, but Kathleen and I both lived in New York by ’98. Then in ’99 we recorded the first album. We made demos in New York and then went to North Carolina to record it.

JF: Oh yeah, that’s where we were. Our friend had a record label called Mr. Lady, and we would record with him.

WSN: “Feminist Sweepstakes,” your second studio album, was produced under that label, right?

JF: Yeah, both the self-titled “Le Tigre” album and “Feminist Sweepstakes” were recorded in Chapel Hill, not Durham, but yeah.

WSN: Did your and the band’s political beliefs translate into the sound of Le Tigre?

JF: For sure. I think that previous riot grrrl music tended to be thought of as more purely angry or in registers of sadness or rage. I think we tried very consciously to make political music that was more about celebrating radical community or less reacting to the parts of the world we didn’t like, and more about bonding with community.

WSN: I can totally hear that. I know the more abrasive riot grrrl music had terrible reactions at some of their shows. Did you have a best or worst show that you played?

JF: We had many great shows. I feel like we had a lot of fun in that band. As far as our worst shows, we definitely had people who were hostile to us, or whatever. But, by the 2000s, there was more of a supportive network of feminist promoters and venues and other bands to play with.

There was less of a feeling of being embattled in the music scene. There was certainly less violence or threats, although there were some.

WSN: How has the riot grrrl landscape changed since you entered the scene? It’s gotten some criticism over the years — do you believe it has changed for the better? Do you think it’s shifted with the times?

JF: Personally, I think of riot grrrl as a historical term. I think there are people who continue the movement in their own ways, which I’m not really involved with at this point. I do think to the extent that it’s kind of associated with third-wave feminism. Definitely, feminists today who are interested in ’90s punk are also informed by new lenses of intersectionality and transfeminism, and those were things that were just kind of emerging for us in the ’90s. We were super interested in those ideas to the extent that we had access to them. Of course it’s different, and I think it’s better, for sure.

WSN: I know you teamed up with Pussy Riot — that’s one of the bands that I could think of that’s a bit riot grrrl-esque.

JF:  Yeah, JD and I are friends with them and wrote a song with them for an episode of “House of Cards” that they were on. They definitely brought something completely new to the riot grrrl ethos. They were really inspired by the aesthetic and energy, but they are so savvy in terms of media. Really their earliest actions were live performances but really, [they] lived as videos on the internet. That’s how they drew attention to their actions. I am really inspired by them. Obviously they are still saying really important things and responding to authoritarianism in a way that’s incredibly inspiring.

WSN: What other projects, music or otherwise, have you been up to since Le Tigre?

JF: Not much. I am an art critic and I write for magazines and I own a hair salon. As far as music stuff on the horizon, Le Tigre is actually reuniting to play a show next summer at a festival. As far as music goes, that’s what I’m working on with JD and Kathleen, to kind of put the show back together so that we can perform it.

WSN: I know the hair salon is in the West Village, is it not?

WSN: Any NYU students that want to get their haircut, we suggest going there.

JF: Yeah, we have some wonderful new stylists who just graduated from the apprenticeship program at Seagull, so they’re offering haircuts and hair color at more student-friendly prices.

WSN: Very, very exciting. Also exciting to hear about your show over the summer. Last question: What is your favorite Le Tigre song?