Mitski's first album in four years pairs her unmatched lyricism with synth-heavy ’80s-inspired production. “Laurel Hell” is out Friday on all platforms. 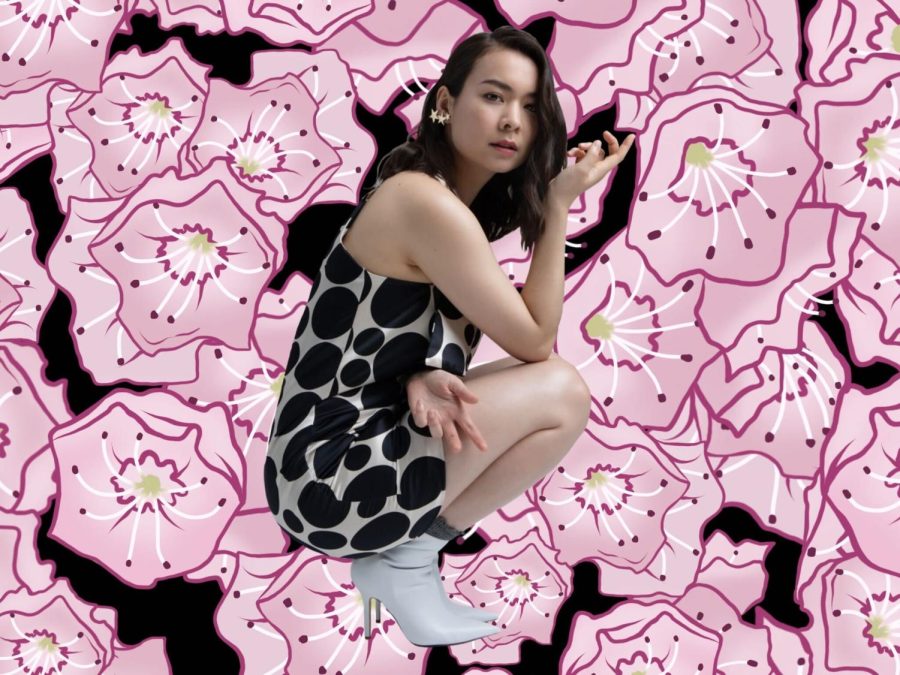 Mitski needs to dance, and she thinks you do too. On “Laurel Hell,” her new album, she implores you to dance. You’d better dance, she says, or something’s coming for you. It came for me, she warns, and I nearly left the music industry forever.

“Laurel Hell” ends Mitski’s two-year hiatus from music and public life, and comes nearly four years after her previous album, 2018’s “Be the Cowboy.” The overwhelming weight of public perception and the demands of constant touring drove her to make her Sept. 8, 2019, concert in Central Park her last time in the spotlight before stepping away.

The album takes its name from the wilds of Appalachia, where the term “laurel hell” refers to an impassable thicket of the dense-growing mountain laurel shrub. The title reflects how trapped Mitski felt in the years that preceded the album’s release.

“I got to a point where I just knew that if I kept going this way, I would numb myself to completion,” Mitski said in a press release.

Now, she’s back, and actively resisting her pre-hiatus persona. Not only is she making music again, but she is redefining herself. Sad-girl time is over.

“I needed to create something that was also a pep talk,” she continued. “Like, it’s time, we’re going to dance through this.”

“Let’s step carefully into the dark,” she begins on the song “Valentine, Texas,” the vocals cautious and haunting over a deep synth bass. But lest you think this is going the same direction as the guitar-driven previous Lone Star album opener, “Texas Reznikoff” on the decidedly indie-rock “Bury Me At Makeout Creek,” synth strings and various keyboards crash over you and wash you into “Working for the Knife.”

[Read more: Mitski is back. God help us all.]

From here, synths and drums continue to carry the record. Guitar and piano, previously Mitski’s signature instruments, are much less prominent this time.

With her longtime producer Patrick Hyland, Mitski takes an aggressively ’80s direction on “Laurel Hell.” The grungy indie rock of “Puberty 2” or “Bury Me At Makeout Creek,” or even the indie-pop flavors of “Be the Cowboy,” no longer suit Mitski’s purposes. These songs are often aggressively, unabashedly poppy.

But while the beats are catchy and the synths bouncy, there’s always something not quite right under the surface. At times, there’s a note of desperation that creeps in.

She’s never been afraid of dissonance, but now it’s at the core of her work. She uses densely voiced chords, bends pitches in and out of tune, and makes use of unconventional chord progressions, all to keep the listener off balance.

Mitski knows that things aren’t perfect. Her lyrics are as heartbreaking as ever, even if the music gives you few opportunities to wallow. Things aren’t resolved, neither emotionally nor musically, and her vocals reflect that.

Perhaps to reflect a lack of closure, she leaves musical tension unresolved on a couple tracks, notably on “I Guess,” the album’s penultimate song.

“I Guess” sounds like it would fit the role of the typical downtempo closer. Organ and distorted vocals give it a dreamlike quality, and the lyrics — “It’s been you and me / Since before I was me / Without you I don’t yet know / Quite how to live” — depict a quiet resignation to an unfathomable change. There’s desolation in this song.

There, she ends the song by twice sustaining the leading tone — here, a C — once in the vocals and once in the keyboard. The tendency of this note to resolve upward to the tonic — here, a D-flat — is the strongest tendency in tonal music, and the listener’s ear feels that.

But she won’t do it. She won’t resolve the tone, suggesting a lingering denial of closure.

The opening note of the song that follows, the album’s final song, turns away from resolving this tension and takes us in the opposite direction. Instead of resolving up a half step to a D-flat, giving us the familiar answer we expect, the next note at the start of the next and final song goes a half step down to B, the song’s tonic.

One rule of Mitski’s discography is that the last song of the album is usually the saddest one. Though I consider them among the best tracks on their respective albums, I can rarely bring myself to listen to them. “Pearl Diver,” “Class of 2013,” “Last Words of a Shooting Star,” “A Burning Hill,” “Two Slow Dancers” — all masterpieces, none lighthearted.

This time, though, we don’t get to linger in our comfortable sorrow of tracks like “I Guess” or “There’s Nothing Left For You.” We have a moment to be depressed, and then Mitski is taking us dancing. This time, that album-ending slot is reserved for something more upbeat.

Mitski has never been afraid of a little whimsy, after all. The title “Bury Me At Makeout Creek,” despite the album’s heavy content, is a “Simpsons” reference. Two albums later, she named a record after a half-joke she tells herself: “Be the cowboy you wish to see in the world.” Now, on “Laurel Hell,” she refuses to end on a low note.

“That’s Our Lamp” takes place after a fight; Mitski runs out of the apartment she shares with a lover and, alone on the street, gazes back up into the light in the window.

The setting seems cheerless, but with a dazzling synth run 22 seconds into the song, Mitski sweeps us off into one final dance. It’s hardly a happy dance — “’Cause you just don’t like me / Not like you used to,” she sings — but that’s the point. You can still dance if you’re sad. In fact, that’s when you need to dance the most.

In the middle of the track, a brassy synth carries the melody as a percussion frenzy springs into flight like a flock of birds, turning and wheeling about, barely held together but at the same time so free. “That’s where you loved me,” Mitski sings from the street beneath her window, and listeners hear the murmurs of a crowd blended into the texture of the song. It’s the sounds of people. She’s no longer lonely.

In the “Laurel Hell” era, we’re not here to be sad. Mitski’s work has been defined for so long by its melancholy themes, and she’s tired of it.

“Laurel Hell” is Mitski reframing her — and our — relationship with her art. For so long she was ensnared in the brambles of public perception. Now, free from the twisted branches of her own personal laurel hell, Mitski blooms. She wants you to join her.