Even within a sub-30-minute run time, Earl’s album provides a career retrospective. Blending the sounds that have defined his career, he creates a cohesive offering set in society’s present moment and his current sonic aesthetic. 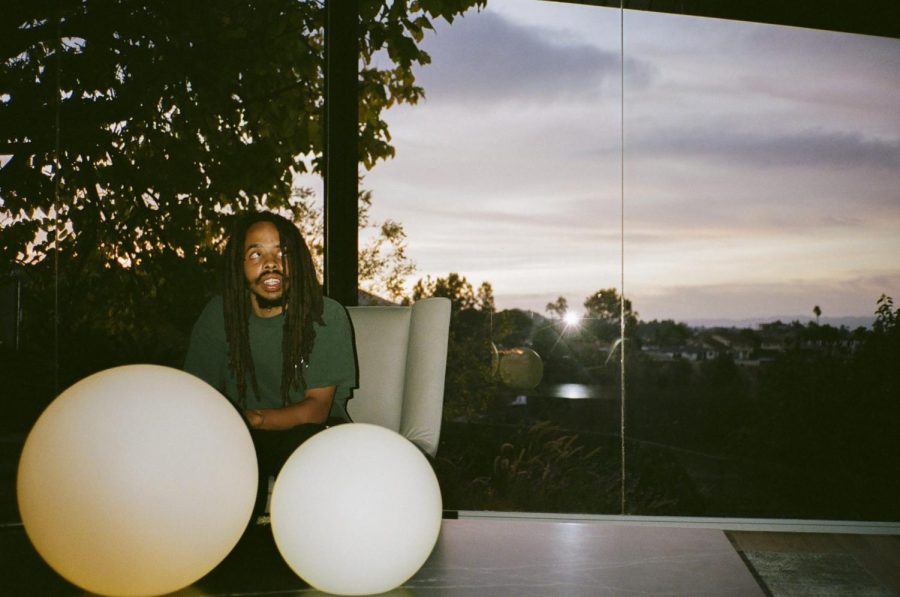 By this point, Earl Sweatshirt has had the type of career that merits casting his head as the silver ornament gracing the cover of his album “SICK!” He’s had two genre-defining eras in his career. With his 2010 mixtape, “Earl,” and 2013 debut album, Doris,” as part of the legendary hip-hop collective Odd Future, the Los Angeles rapper helped define the 2010s alternative hip-hop sound. These, and his 2015 album “I Don’t Like Shit I Don’t Go Outside,” coagulated the technical rapping and intricate lyricism of MF DOOM, the West Coast’s legacy of hip-hop synth music, and the heavy punching rhythms and 808s of contemporary trap music.

With 2018’s “Some Rap Songs,” Earl stepped into New York’s bubbling abstract hip-hop scene, led by rappers like MIKE and the alternative jazz collective Standing on the Corner, who interpreted New York’s boom-bap legacy and ran it through a kaleidoscope. “Some Rap Songs” codified the style’s tenets, introduced new audiences to it and influenced all that came after, including Earl’s even more abstract 2019 album “FEET OF CLAY.”

The production on “SICK!,” mostly done by Black Noi$e, continues the abstract, sampled sound of “Some Rap Songs” and “FEET OF CLAY,” while also offering cuts that can shake car stereos in ways we haven’t heard from Earl since “Doris” and “I Don’t Like Shit I Don’t Go Outside.” The gunshot kicks and snapping snares on tracks such as “Titanic,” “2010” and the Samiyam-produced “Lobby (int)” knock like they were sampled straight from the Atlanta highways. These are matched with post-2018 Earl’s typical undulating melodies and sampled loops that would feel at home tucked away on Bandcamp’s New and Notable page.

After years of dreamlike, meditative production from Earl, these tracks are refreshing. Yet, they remain surreal enough to fit within the turbulent pandemic context of the album.

On “SICK!,” Earl’s songwriting is dynamic, poetic and amorphous. While vaguely chorus-esque refrains appear on “2010” and “Fire in the Hole,” the album is dominated by Earl’s signature, single-metamorphosing verses. Earl’s shapeshifting vocal rhythms hold my attention on the more sparsely produced tracks, with the exception of “Tabula Rasa,” where Earl and both members of Armand Hammer’s verses drag slightly.

Earl’s sax-solo rapping gives way to simpler, more repetitive dark trap verses on “Titanic” and “Lobby (int).” While these tracks are somewhat reminiscent of his early work, they clearly stand out as new and distinct.

Throughout the album, Earl’s focus lies on the troubles of the times — the pandemic, widespread social and political agitation, inflation and inequality. Eight seconds into the album, Earl muses, “The cost of living high, don’t cross the picket line and get the virus.” Off of the title track, the line “Can’t go out sad, can’t go outside no more, ’cause n*ggas sick, ayy” suggests the pandemic is the album’s namesake.

Earl’s writing on these subjects is mostly observational and generally critical, as in “Singular current event, everything we in the midst of / How long you waiving the rent? (Ugh) / Moratorium extendo, I’m just evading the pit” from “SICK!”

“SICK!” may not be a complete stylistic transformation for Earl Sweatshirt, but it captures all the distinct sounds and styles that Earl has explored throughout his career, and hints at new directions. Here we stand with Earl on a foggy plateau — both in regards to his artistry and the state of our world. We look with him at where we have come from and sit, gazing over the edge upon an uncertain future.