Review: Adele’s ‘30’ is more than just a heartbreak album

Grab the tissues — Adele is back. 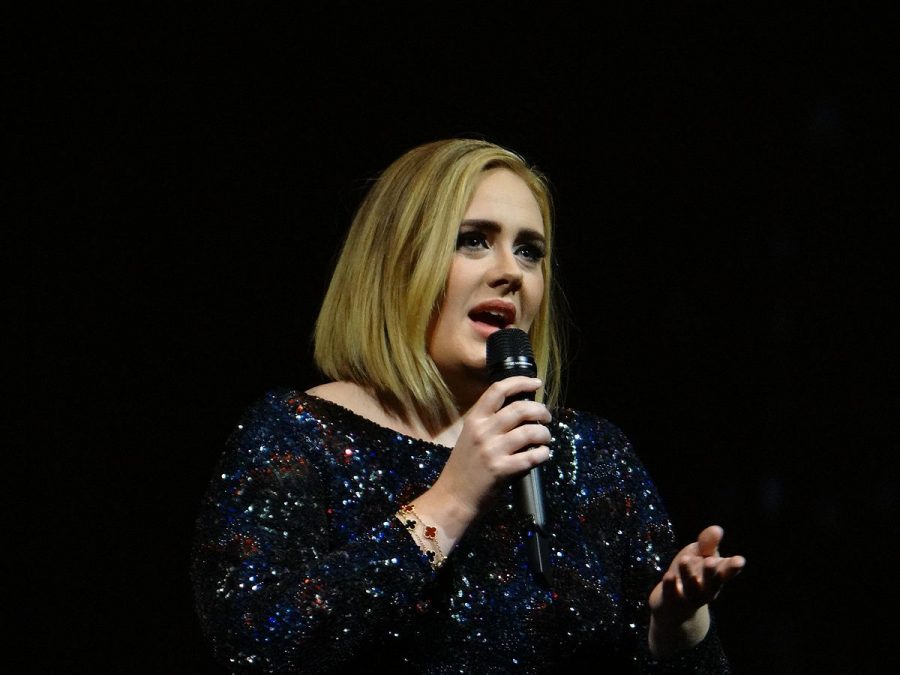 When asked about the theme of her new album on Instagram Live last month, Adele responded without hesitation: “Divorce, babe, divorce.” She meant it.

In her fourth studio album, “30,” the British singer — now 33 — wears her heart on her sleeve, speaking openly about her divorce that happened nearly three years ago. Adele’s newest album portrays one of the most turbulent chapters of her life, going far beyond the standard breakup album. The album runs the gamut of emotions that accompany heartbreak — grief, guilt and grit — all within an hour of soulful music.

Adele’s music is so powerful that she single-handedly pushed an enormous change to the way we stream music. Per her request, Spotify eliminated the default “shuffle” option when playing an album, forcing listeners to experience an artist’s work in the order that they have chosen. “Our art tells a story and our stories should be listened to as we intended,” Adele tweeted.

It’s evident why she advocated for this change — “30” can be interpreted as a chronological journey of Adele’s healing. The album opens with “Strangers By Nature,” a solemn memorial for her dead relationship characterized by a soothing organ, and concludes with a triumphant fadeout in the final track, “Love Is A Game.” The belted lyrics, “I can love me, I can love again,” demonstrate a renewed sense of hope for her romantic future.

About a month prior to the album’s release, she dropped its second track, “Easy On Me,” a heart-wrenching piano ballad that not only showcases her timeless vocal talent but also gave fans a taste of the heartache that was about to ensue.

[Read more: Review: Adele’s ‘Easy on Me’ tackles a different form of devastation]

The melancholy track seemed to fit in with her other wistful hits like “Someone Like You” or “When We Were Young,” so it came as a bit of a surprise to hear tracks like “Oh My God” and “Can I Get It” on the album, where she has a little fun pushing the boundaries of her signature sound. The former is driven by a steady kick drum and choral harmonies, while the latter opens with an upbeat guitar riff similar to that of “WITHOUT YOU” by The Kid LAROI. Though neither constitutes a true departure from Adele’s previous work, they add playfulness to the album’s otherwise somber tone and demonstrate her ability to adapt in a constantly evolving industry.

The artist also gives us a glimpse into some of her most vulnerable moments as she works through heartbreak. For example, “My Little Love” is an open letter to her 9-year-old son that attempts to explain and apologize for the divorce of his parents. “I love your dad ’cause he gave you to me,” she assures him in a recording of a conversation between them played over an R&B beat.

With the possible exception of “Sweetest Devotion” from her previous album, “25,” this tear-jerking confessional is one of the first times she tackles the topic of motherhood. The second half of “My Little Love” samples raw audio of Adele crying. She allows her unfiltered stream of thoughts to overtake the track with overwhelming emotions of anxiety, stress, paranoia and loneliness.

Though she bears the guilt of her failed marriage, she also makes room to rediscover confidence post-heartbreak. For longtime Adele fans, “Woman Like Me” is sonically familiar, signifying a return to her roots. She sings of achieving some closure on her chapter of heartbreak. The song’s simple bossa nova guitar melody and percussion bring her lyrics and message to the forefront, marking a thematic shift in the album. It transforms from woeful to vengeful as she croons, “But lovin’ you was a breakthrough / I saw what my heart can really do / Now some other man will get the love I have for you.”

Six years after her last album release, the 12 new songs on “30” illustrate the maturity that Adele has gained as both a singer and a woman. She reveals the lowest of her lows and the highest of her highs, using her music to navigate a messy divorce and reconcile her feelings.