Mitski is back. God help us all.

The artist known for wreaking emotional devastation on her listeners is back with another single. What can we expect as we anticipate her “Laurel Hell” album next year? 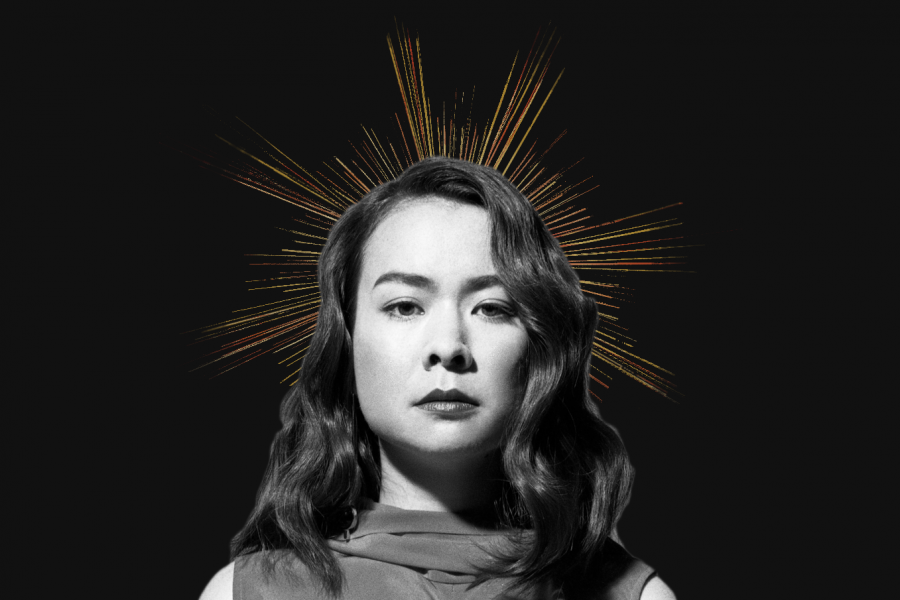 On Nov. 9, the indie musician Mitski released her single “The Only Heartbreaker.” It's clear that she's returned from her hiatus with a new direction for her upcoming album "Laurel Hell." (Photo illustration by Natalie Krowitz, photo by Ebru Yildiz courtesy of Pitch Perfect PR)

On Tuesday, indie musician Mitski released the single “The Only Heartbreaker” and announced a February 2022 release date for the album “Laurel Hell.” Along with October’s “Working for the Knife,” her singles offer us a glimpse at Mitski’s new musical era.

In “The Only Heartbreaker” in particular, Mitski re-establishes and reorients herself with a new angle on her familiar theme of heartbreak.

Back in 2014 in “Francis Forever,” she can’t “stand to be / where you don’t see me,” but in “The Only Heartbreaker,” “You’ll be by the window, only watching.” She’s still suffering, still in relation to another person, but this time, she’s the one centered.

“The Only Heartbreaker” is still tragic, though — the lines “If you would just make one mistake / What a relief that would be / But I think for as long as we’re together / I’ll be the only heartbreaker” are themselves heartbreaking. She claims the attention and the blame, and she doesn’t care whether she deserves either — she’s taking it all anyway.

In typical Mitski fashion, this track juxtaposes gut-wrenching lyrics with upbeat instrumentals like a cheerful synth and peppy drum machine.

Interspersed with her refrains is a synth line that grounds the song with measured precision. It is painstaking and deliberate — the opposite of the raw emotion on her 2014 breakout album “Bury Me at Makeout Creek” and 2016 follow-up “Puberty 2.” The lick leading up to the main impact of the song about halfway through the track is particularly intricate, ascending with melodic exactitude like a mechanical skylark.

The “Heartbreaker” music video finds her amid the fire, amid the forest, the whole world, not just a hill, eventually burning. The visuals suggest a callback to the closing track on “Puberty 2,” “A Burning Hill,” where she sang  “I am the fire, and I am the forest / and I am a witness watching it” — but this time she is not merely a witness. She is an active agent of her destruction, a new trend of self-assertion first revealed in “Working for the Knife.”

[Read more: Listen to this: Mitski ends her hiatus with new song ‘Working for the Knife’]

“Working” was not only Mitski’s first release since 2018’s “Be the Cowboy,” but also her return to the public eye — apart from a few soundtrack songs — since she vanished at the conclusion of her 2019 tour.

“It’s time to be a human again,” she wrote on Twitter in June 2019 when she announced that her upcoming shows would be her last. She deactivated her social media accounts later that year.

Though characteristically enigmatic, Mitski’s disappearance brought her mystery to new heights. But the song that ended her hiatus also gives us clues about its beginning.

“Now at 29,” she continues in “Working,” “the road ahead appears the same” as the one she saw for herself as an 18-year-old. She would have been 29 when conceiving the song sometime during that last tour, and she again felt used up.

What was going through her mind when she decided to step away?

“Working,” “living” and “dying for the knife,” she sings, the version of Mitski who wrote this song suffocates from external pressure. We see her under the knife, beneath a sort of sword of Damocles — the passion that was the fount of her creativity, overshadowed by the constant threat of others’ perceptions and misperceptions.

“I sense that if I don’t step away soon, my self-worth/identity will start depending too much on staying in the game,” she wrote in a since-deleted tweet in June 2019, likely while the song that would later become “Working for the Knife” was on her mind.

It’s plausibly deliberate that indecision and ambiguity sit at the very core of the song. The first notes we hear are three metallic, percussive brake drum-like hits, which our ears pick up on as suggesting a meter of 3/4, followed by three slightly faster tambourine hits.

Are the latter group functioning as a group of three in a fast 3/4 defined by the first three quarter notes? Or are the original brake drum hits actually quarter-note triplets in a slower 4/4 set by the tambourine? She deprives us of rhythmic context even when her vocals come in. Without a clear sense of which of two directions we’re being taken in, Mitski suspends her words in another layer of uncertainty.

She’s used this technique of metric ambiguity before — the triplet and 16th-note ambiguity from the beginning of “Goodbye, My Danish Sweetheart” comes to mind — and it’s just as effective here. The listener’s perception of the song’s meter, which we usually judge instinctively, becomes disoriented. We’re not sure which way is up — not sure if we’re floating or sinking. Mitski leaves us to guess at the most basic structures of the music, just as how she’s had to question the role of the music that forms the foundation of her life.

Then, at the 26-second mark, the beat comes in and we fall into a relaxed 4/4 grounded by acoustic guitar and percussion. The other rhythmic elements come into focus, and what was confusing before becomes clear now. Mitski grants us the stability she found for herself.

I knew all along that Mitski wouldn’t come back until she was ready. In her new music, she couldn’t be sending a clearer message: She may not be done struggling, but she’s the one in control now.

What can we expect from “Laurel Hell,” then? Not only stability, that’s for sure — Mitski wouldn’t be Mitski without heartrending realizations and interpersonal tragedy, which we certainly get in “The Only Heartbreaker.”

But it’s coming from a different place now. It’s undeniable that these songs belong to her as a person, not a persona. The “Laurel Hell” singles aren’t just Mitski songs — they’re Mitski Miyawaki songs.

She’s not the same Mitski that left us. I couldn’t be more glad to have a new Mitski back.