Review: Adele’s ‘Easy on Me’ tackles a different form of devastation

The Grammy-winning singer’s latest single, her first release in six years, shows us a different Adele than the one we’re used to. 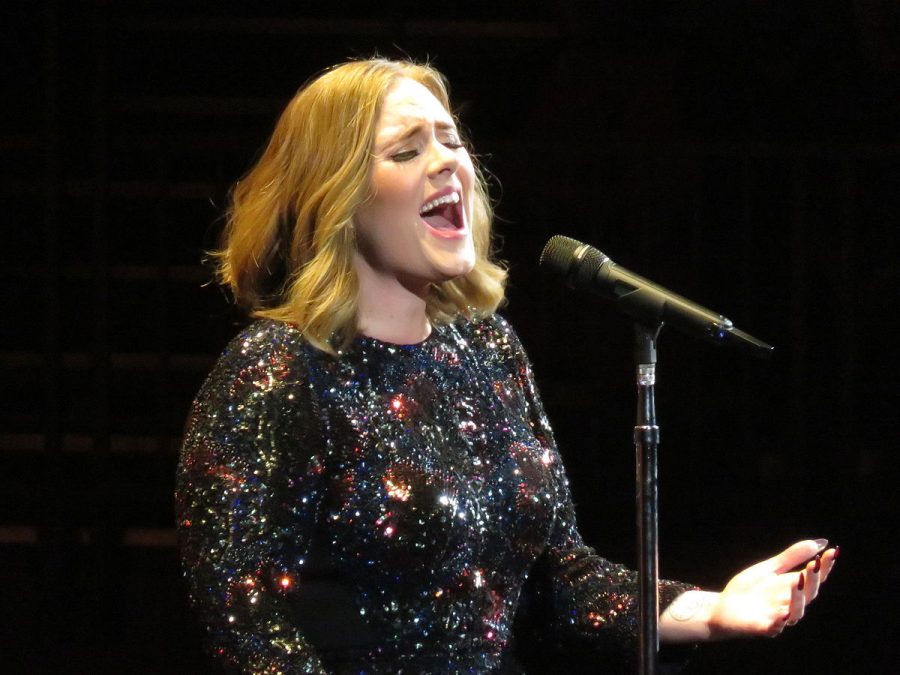 Adele, an English singer and songwriter, released her new single "Easy on Me" on Oct. 15, 2021. "Easy on Me" is the lead single for her upcoming fourth studio album “30.” (Image via Wikimedia Commons)

When we think of Adele, we think of a young woman scorned by a romance gone bad. But six years after her last album, life has gotten serious. As a newly-divorced mother with the vicissitudes of dating in her periphery, Adele tackles a new, perhaps even more devastating feeling than romantic heartbreak with her new single “Easy on Me” — the feeling of a mother hurting her child.

Adele’s music often comes at periods of transition. On her first studio album, “19,” Adele cleansed herself of a failed romance, confronting the end of teenage life with cathartic lyrics and impassioned vocals. Adele sang with defiance on “21” about overcoming an ex’s mistreatment as she reached the height of her career. “25” explored the concept of lost time — an album best understood as a reminiscence on her past as she started a new chapter as a mother.

Her fourth studio album, “30,” set to release on Nov. 19, will arrive during a similar period of transition. Adele recently divorced Simon Konecki and has been grappling with life as a single mom. The album, Adele said in her first interview in five years, is an open letter to her 9-year-old son Angelo, something for him to have to make sense of “why I voluntarily chose to dismantle his entire life in pursuit of my own happiness.”

The album’s first single, “Easy on Me,” was released on Oct. 15. On first listen, it’s quintessential Adele. The vocals, lyrics and piano work together to execute the perfect pop ballad. But the more you listen, the more you realize that this isn’t the Adele we’ve come to expect. This isn’t a scorned, depressed, defiant or lonely Adele. This is Adele pleading for forgiveness, for understanding, for compassion after making a difficult, life-altering decision with a profound impact on both her and her son. “I had good intentions / And the highest hopes,” Adele sings to Angelo in the bridge, “But I know right now / It probably doesn’t even show.”

“Easy on Me” is simultaneously all about her divorce and not about the divorce at all. It’s about the aftermath of the divorce and the personal circumstances that led to it. “I was still a child / Didn’t get a chance to / Feel the world around me / I had no time to choose what I chose to do,” she sings in the chorus. Adele and Konecki remain on amicable terms since the separation — he even bought a house directly across the street from her — so something tells me the rest of the album will be just as self-reflective.

In “Easy on Me,” Adele points fingers at herself. “I know there is hope in these waters / But I can’t bring myself to swim / When I am drowning in this silence,” she sings in its opening verse. Here, Adele is introspective as she articulates the fear and loneliness conjured from outgrowing a relationship — one that has played such a big part in her life for so long. While most of her other tracks focus on past lovers, “Easy on Me” is Adele singing about Adele.

There’s still about a month before “30” is released. From the messy dynamics of mother-child relationships to the journey of experiencing and overcoming guilt, Adele has given us plenty to ruminate on as we wait for the album’s release.