The most exciting singles that came out over the course of the week. 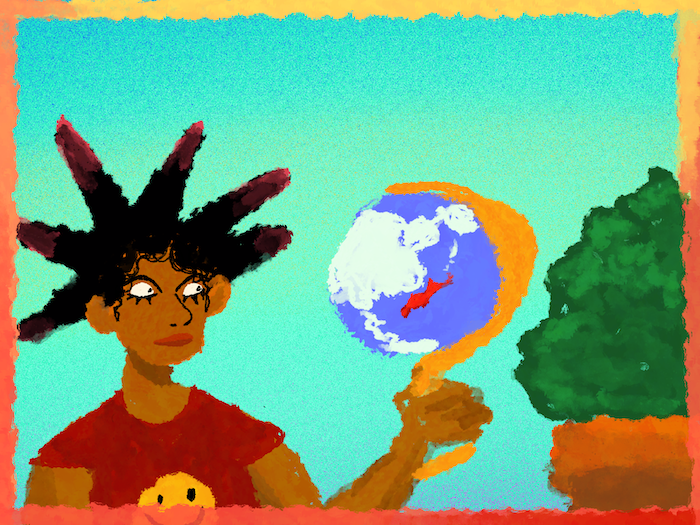 The arts desk is back with some recommendations of singles you may have missed this week. (Staff Illustration by Charlie Dodge)

In the immortal words of ESG: “Dance!” With social distancing measures being extended throughout the world, the need for levity is imperative. As hysteria by way of isolation kicks in and your bones begin to nag you about their frustrated stagnancy, we recommend turning to dance — to engage in full body liberation. This week, we’ve put together tracks to dance the night (or day) away from the confines of wherever you may be hibernating. From Charli XCX to Rico Nasty (with the exception of “Inside Friend” which shall hopefully act as a breather in your thrashing trance), here are this week’s grooviest compositions of catharsis:

The latest glitched-out masterpiece from hyperpop savant Charli XCX is one of her best yet, weaving together airy synths, clicking snares and Charli’s trademark autotune-drenched vocals. “I will always love you / I’ll love you forever / Even when we’re not together” she vows. The simplicity of her statement feels like the calm at the eye of a storm; throughout the song, huge, chaotic, metallic explosions ring in the background, casting an apocalyptic shadow over Charli’s romantic covenant. An insane breakdown around the three-minute mark sounds like a solo rave in an abandoned factory — perhaps the closest thing to a party many of us will experience for quite some time. As the song begins to fade and Charli’s voice echoes out into an endless silence, “forever” sounds like it could be the last pop song ever made. If it was, I wouldn’t be mad.

“The Key to Life on Earth” by Declan McKenna

Declan McKenna’s newest single “The Key to Life on Earth” is an anthem for suburban teens. Being the second single released off of his upcoming album “Zeroes,” McKenna layers his indie rock sensibilities with a retro punk sound that yields a newness in beat-making. The song is upbeat and loud, clashing with lyrics that perfectly embody what it’s like to grow up in a boring suburbia. McKenna criticizes the cookie-cutter life of the suburbs, calling out the hostility and class division created by the people he’s lived around. By the time the track reaches its outro, it begins to sound like a chant, with McKenna repeating “come on out, come on out, come on out, come on out,” as if he’s begging people to leave the suburbs behind and escape with him. “The Key to Life on Earth” is both groovy and a banger, tailor-made for those who grew up in suburbia and hated every second of it. McKenna’s first album made it clear that he has mastered the art of social commentary, and after this single, there’s no doubt his sophomore album will be any different.

Phoebe Bridgers’ newest single, “Kyoto,” is a perfectly crafted release for a time of quarantine. A song about imposter syndrome and feelings of dissociation, with a music video featuring a hodgepodge of false backgrounds (like the ones you can play around with on Zoom), its story of escape is in turn a perfect avenue for escapism. Bridgers abandons the slow, searching softness of her trademark sadness for vocals that soar against an upbeat kick drum and a chorus of trumpets whose cheerful sound seems to summon spring. Focusing on the instrumentals beckons a cathartic release, but the exalted feeling of letting go is contradicted by darker lyrics. As you take your socially distant walk, remember that moving in time to the happy quality of the music is perfectly acceptable, while belting out the chorus’ lyrics, “I’m gonna kill you / If you don’t beat me to it,” might be cause for alarm. Nevertheless, Bridgers’ storytelling quality is vivid as ever as her verses take us from familiar hometown memories to adventures on the other side of the world. The special quality of Bridgers’ writing, which crafts specific images and settings experienced by an ambiguous cast of characters, may charm you into multiple listens spent deciphering the lyrics while humming along to an infectiously energetic melody.

“Inside Friend” is a blissful, calming dream that you melt into, as Leon Bridges’ R&B roots shine in the most cozy of ways. Deeply soothing and smooth as silk, this track is spellbinding. A crisp snare delicately prevails throughout the song, accompanied by the effortless weaving of Bridges and Mayer’s voices. Mayer’s guitar playing is soulful, portraying a much more blues-based sound than that of his recent work, finding its way back to the richer sounds of 2006’s “Continuum.” His playing is fluid, as if a drop of water has created a ripple in the midst of a steady flow of warm, romantic lyrics. In short, “Inside Friend” is just what we need for when we want to close our eyes, relax and escape during this time of tension and isolation.

Tash Sultana finally gives us a song we can comfortably dance to! Her latest release, “Pretty Lady,” introduces itself with a decisively strummed rhythm before building up with the enchanting, rich instrumentation of her previous releases, including guitar loops, various percussion tracks and even violin. The signature winding and complex musical patterns of Tash Sultana’s flow-state style may be absent, but a clear sense of direction in the song structure provides a rewarding singability, along with lyrics that are easy to remember without feeling repetitive. Despite abruptly dipping into a mystic outro that seems to belong to an entirely separate song, “Pretty Lady” is the right jam for a casual groove session.

The second in a series of remixes aimed at reinvigorating tracks from their debut album by integrating new features that complement their newfound popularity, “gec 2 Ü (Remix)” is a banger that beckons brighter days to come. Booming, boisterous and bouncy, gecs’s remix extends the madness of the original’s finale and uses it as a template to see how far they can go. Suited for an otherworldly game of Dance Dance Revolution, this remix fuses arcade-disco, pulsing EDM, stringy beats, whip sound-effects, telephone ringtones and random, monotone utterances of the word “gec” alongside the rapid-fire baritone of Dorian Electra for the ultimate experience in thrashing. There are no limits to what 100 gecs can do and there is no way of possibly knowing where they’ll go next, but so long as they keep churning out their singular brand of braggadocious pop, I’ll be thrashing all day long.

“Popstar, rockstar, popstar rockstar / I know my haters mad I made it pop.” Pop. Bop. Twhop. These are the sounds of Rico Nasty’s self-defined “sugar trap aesthetic.” Weaponizing bouncy repetition to maximize danceability, Rico Nasty’s latest song is an exercise in solipsism. Boasting about her egregious combination of Balenciaga and Crocs, Rico Nasty couldn’t care less about what you think because she’s just riding a wave of individualistic mania that she hopes to diffuse by way of her music. Fierce and ego-inflating, “Popstar” is the perfect song to dance to in the loneliness of your room, awarding you the grooves to luxuriate in self-worth and dance the days of loneliness away.