Moses Sumney’s Maximalist Album Radiates With a Spectrum of Meanings 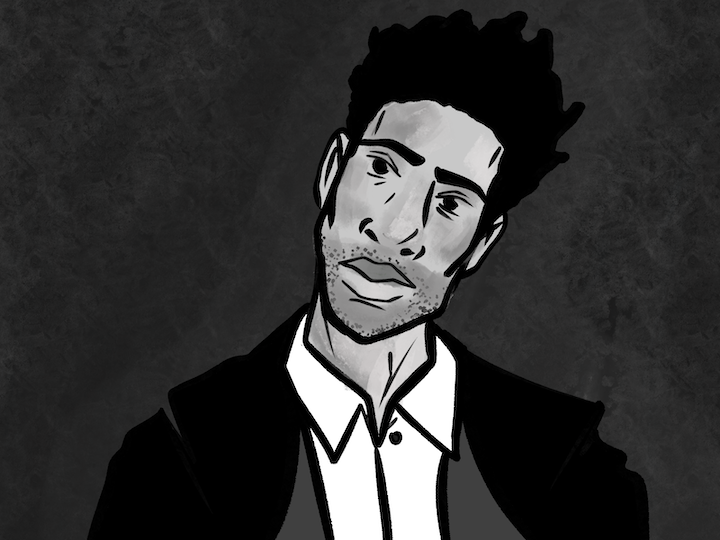 Moses Sumney has seductively introduced the first half of “græ,” his potent dissertation on ambiguity, race and gender binaries, in an avant-garde brew of equally poetic lyrics and spoken word. Following his 2017 debut album, “Aromanticism,” Sumney stays true to his unpredictable, experimental nature.

It is with the warped sounds of multitrack vocals, the overwhelmingly emotive orchestration and the impermanence of sounds in each track that make this album an urgent must. Nothing is simple; he makes you work for it. This is the kind of album that’ll make you stare at a wall for hours, both contemplating and finding hope that maybe, just maybe, everything isn’t “black” and “white.” Extravagantly layered songs like “Virile” bounce from lulling harps to marching band-esque percussion. As the intensity of the bass increases, Sumney ambivalently sings, “I realize none of this matters / ‘Cuz I will return to dust and matter.”

In the same way string instruments and harps can be appeasing, Sumney also manages to make these songs daunting and eerie. He pairs them with bass-heavy synthesizers, sharp vocals expressing discomfort and torment and striking spoken word fragments. In “Conveyor,” the beginning of the song rapidly accelerates, before arriving at a prompt stop. Reoccurring vocals become distorted, emulating the sounds of someone gasping for air. Not only does “græ: Part I” reveal an astronomical span of emotions and thoughts, but it plays with the listener’s as well.

These hypnotic sounds should never overlook the force of Sumney’s lyrics. Although “Aromanticism” proved his ability to colorfully describe emotions, “græ: Part I” shows they’re here to stay. In “Polly” Sumney sighs, “I want to be cotton candy/ In the mouth many a lover/ Saccharine and slick technicolor/ I’ll dissolve.” These lines are as indulgent as the romantic acoustic guitar that accompanies them.

The spoken word pieces, notably the track-length speeches, solidify Sumney’s thoughts. The album begins with “insula,” which immediately grounds the album in the rejection of the binary. It reminds listeners: “Here we go into the græ.”

“jill/jack” emphasizes that refusal by creating fluidity between masculinity and femininity. The repeated phrase, “he had that masculine thing down” slowly becomes integrated with “she” and “he” together. It ends with “She he had had that that masculine feminine thing down.”

“boxes” is the racial nonbinary equivalent of “jill/jack”, but emphasizes more of Sumney’s frustration than seen in other tracks. It is here where listeners begin to understand the problems with names and titles. It speaks directly to the listener, using “you” to create a more impactful speech. Sumney uses this “you” to empower, with phrases like “We are constructing a whole new edifice of boxes to put people in / To protect a space inside which you can exist.” It isn’t an easy listen, purposefully, but if you aren’t empowered by this point in the album, “boxes” changes that.

“græ: Part I” is an abyss of nonconforming meanings and sounds. If it is this forceful with 12 of the 20 songs released, the complete album will be even more striking. Sumney’s work is never simple, but the experience of listening and discerning is worth it. It is multidimensional, transcendent and overwhelming in the most glorious way imaginable. If only we didn’t have to wait until May.