Off the Radar: ‘Ruined Heart’ rides out the high and lows of love to a medley of moving melodies

Off the Radar is a weekly column surveying overlooked films available to students for free via NYU’s streaming partnerships. “Ruined Heart: Another Love Story Between a Criminal & a Whore” is available to stream on Kanopy. 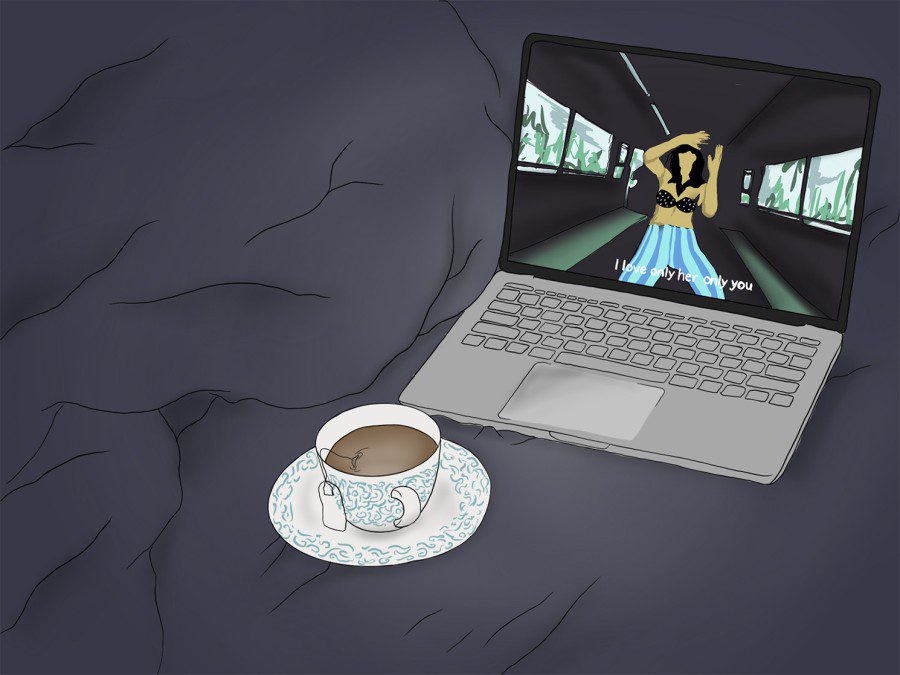 “Ruined Heart” is a work by underground filmmaker Khavn. (Illustration by Aaliya Luthra)

“Ruined Heart,” or “Ruined Heart: Another Love Story Between a Criminal & a Whore,” embodies its title wholeheartedly. For one, its lovelornness is evident from the start, magnifying as the film rolls along. Secondly, though the title’s length isn’t reflected in the film’s tight, 73-minute runtime, its verbose character is reflective of the film’s sprawling nature — one that manages to make severely mundane strolls around Manila into epic scenes that perfectly encapsulate the grandness themes such as death, desire, betrayal and love take on in everyday life. Lastly, the blatant self-referentiality of the subtitle — which imbues the film with the condition of being “another,” that is to say un-special — marks “Ruined Heart” with a sense of self-awareness that makes its unique take on an overplayed trope strangely relatable despite the many stylistic flourishes at work.

Written and directed by Khavn, one of the Philippines’ most prolific underground filmmakers, “Ruined Heart” tells the simple story of a turbulent, sexually charged love affair that unfolds between The Criminal (Tadanobu Asano) and The Whore (Nathalia Acevedo). Steeped in the stylings of your classic gangster picture, with heavy usage of fake blood and dramatic shoot-outs in the rain, Khavn’s film deftly maneuvers the genre’s many rules to create an affecting portrait of romance amid violence and squalor, demonstrating that love knows no bounds and can manifest itself in the most unforeseeable circumstances.

But how does a director reinvent a thoroughly mined genre these days? In Khavn’s case, by returning to its most elemental components — in fact, the pillars of modern cinema: sound and vision. “Ruined Heart” is stripped of dialogue and instead packed with one of the best soundtracks of the 2010s, featuring a vast array of strange songs by under-appreciated European bands including the likes of Stereo Total and Grauzone. Khavn crafts an audiovisual rollercoaster that wonderfully balances moody music alongside Christopher Doyle’s jaw-dropping cinematography.

In what’s probably the loudest movie without any dialogue, Khavn extracts poetic virtues out of scenes that would be simple commutes, stares and strolls in the hands of any other auteur. Instead, the director’s seemingly instinctual manner of melding music with moving images to create meaning transforms said commutes into pensive voyages, those stares into longing looks brimful of love and melancholy, and the aforementioned strolls into ruminative acts of self-exploration that feel borderline intrusive to experience because of the vulnerability on display. In “Ruined Heart,” an inventive marriage of sound and vision produces soul, mimicking the ways in which people remember the sights and sounds that imprint themselves in their brains as they move through life.

There’s a magic to this form of filmmaking — one that’s wholly engrossing in the way that it overwhelms the senses.

Although this overt style buries any reference to realism, the romanticism that seeps through curates memory as moving music video and chooses searing visuals to uphold the hidden beauties of everyday life.

As Khavn adorns the screen with all too formal moves, they are somehow elevated out of mundanity. The swelling beats of his simple, other love story becomes absolutely intoxicating, identifiable with those moments.