Review: ‘Los Conductos,’ a woozy ride through the sunken corridors of Medellín 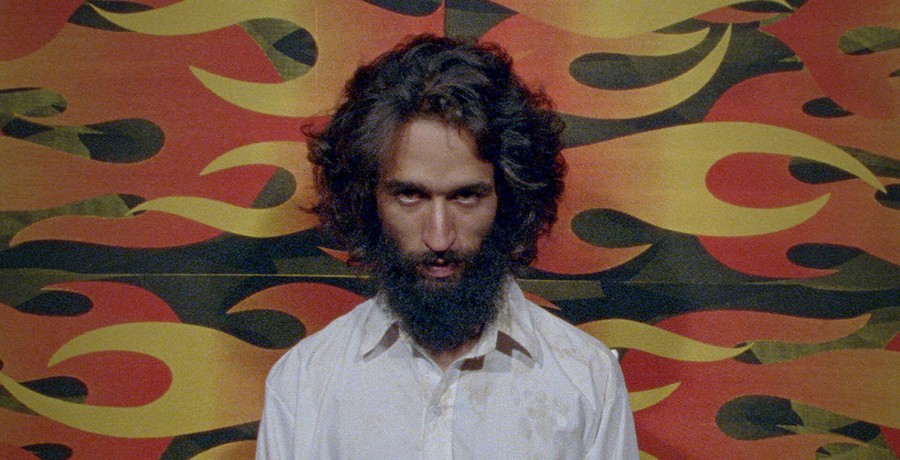 Camilo Restrepo announces himself to cinema in a blaze of glory with his feature film debut “Los Conductos.” Following Pinky’s (Luis Felipe Lozano) aimless parade across the labyrinthian design of Medellín, Colombia, Restrepo crafts a taut thriller that juggles murder and mystery through mysticism.

The opening shots of “Los Conductos” see Pinky break out of an abandoned warehouse, kill a man, steal a motorbike and ride away into the night only to confine himself to yet another abandoned warehouse. He’s part of the Chosen — a shady cult — and spends his days screen-printing T-shirts while awaiting orders from an enigmatic cult leader who goes by “the Father.” But orders never come. The myth he’s been led to believe for so many years slowly begins to collapse, rendering him a total cipher in city streets that drown him with a despair typically reserved for cemeteries.

Pinky is a clever, albeit rambunctious fellow. Straddling the line between Jesus and Charles Manson, his look suggests that his mind is concerned with matters beyond the mundane. Restrepo’s style backs this up. Shooting the imagery of Buñuel with the straightforwardness of Bresson, Restrepo conflates fact and fiction into a vicious night ride through the streets of Medellín.

The mucky use of 16mm by cinematographer Guillaume Mazloum adds to the haziness of the night, painting each sunken corridor of Medellín like a cracking mosaic. It’s this sense of infirmity that makes “Los Conductos” such a sublime experience — every scene carries the inebriating quality of a daydream.

In one of the film’s most bizarre sequences, Pinky and his friend Desquite (Fernando Úsaga Higuíta) trade places with the leaders of their cult and fall into a hole that reveals a hidden side of Medellín. The funny thing is, this mythical Wonderland is identical to the land they left, and the only thing that’s evident is that no one cares or notices the fact that they’ve traded personas and escaped elsewhere. In Restrepo’s Medellín, everyone’s forgettable or replaceable, regardless of their mythic magnetism.

As memory banks collapse in on themselves, places reveal secret dimensions and identities begin to fragment. “Los Conductos” becomes something of a mirage, offering an alternative vision of Medellín where anything can happen. That is, if you’re able to hone in on the same elemental will to wonder that Pinky adopts as his own.

A clever editing trick near the beginning of the film reveals how Pinky sees existence like a rainbow. First, he sees a medley of vines and leaves, then he sees them in green, and finally in red. Whether he or the audience understand the significance of his prismatic vision or not, the notion that the world is a conflux of pulsating, fluctuating colors and textures is evident.

When Desquite gives Pinky a metallic orb of tangled cords to sell on the outskirts of town, it’s hard not to imagine that very orb as a planetary model accentuating the ridiculous existential tangle everyone finds themselves in as they complete one task after another in an attempt at killing time. And in a smack of brilliant surrealist satirization, Pinky actually manages to sell the orb for a hefty sum of money.

In the age of flux, it’s up to anyone to decide anything, and Pinky’s willingness to cash the world in for a check speaks volumes of the only thing that keeps the world spinning these days: money.