Review: ‘Full Time’ is a beat-by-beat capturing of life under the wire 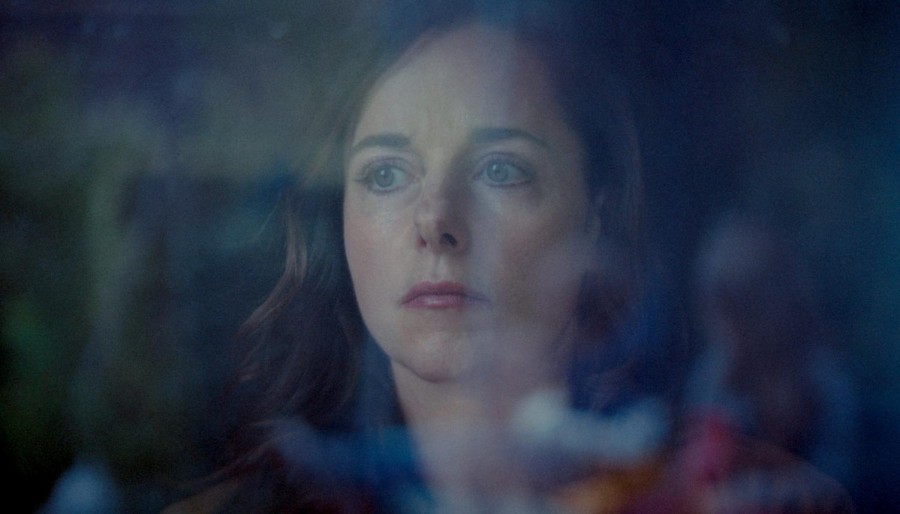 Being tight on time, being busy, and being overbooked have never felt like proper ways of being. Julie (Laure Calamy), however, only knows this lifestyle and perpetuates it, for she does not have the privilege to go about life any other way. As a single mother of two, she rises before the sun each day in order to embark upon her excruciatingly Sisyphean days with the unbending determination that separates the weak from the willed. She pushes herself to the limits in order to make ends meet and, more pressingly, to make it in time.

Éric Gravel’s “Full Time” traps us in the daily experience of this breathless protagonist with its 87-minute runtime — long enough for a feeling of exhaustion to set in on one’s own body and mind. This is Julie’s residual effect on the viewer. It is inevitable to feel this effect when watching her days beating, burning, blistering away to the frenetic pulse of stress, tight timing, and the weight of profound burdens which assault her every hour. Gravel’s intimate character development invites us to feel the character of Julie; we are never merely looking at her, but rather are right there with her, by her side, trying to keep up with her.

“Full Time” begins as a public transportation strike halts the trains to Paris, derailing Julie’s daily commute from outside the city. The strike casts a sense of solidarity among commuters, allowing Julie to take advantage of countless hitchhiked rides into Paris.

We follow Julie through a week, which we imagine has to be particularly overwrought considering the ceaseless rush of her life — but we quickly come to realize this is the usual tempo of things. When she wakes up in the morning, she leaves behind the seducing yet womb-like scene of her much-needed rest to feed her children in earnest, then leaves them with a disgruntled babysitter, and then somehow makes it to work, all in the dark of dawn. She is the head maid at a five-star hotel in Paris, and by the time she gets to work the sun is high in the sky and demands are beset upon her.

Julie lacks frivolity; she impresses upon every moment a furrowed resoluteness to see things to the end. In her uncompromising intent, she runs, sweats and swindles her way into tomorrow. The camera on her shoulder and on her sprinting body as she runs to work or chases down the next mode of transportation pulls us into her perseverance.

Often, in “Full Time,” Julie is running and the camera captures the corrugated concern of her visage, stressed over the thoughts which loom like heavy clouds over her mind. Will she make it in time? What is her boss going to say to her today? Will she lose her job? Did that interview for the higher-paying job go well? Have her children eaten? Why isn’t her ex-husband answering the phone? What will she do about the overdrafted mortgage? How will she get home if the trains aren’t running?

Gravel’s work has been likened to that of the Dardenne brothers. The film “Rosetta” comes to mind, with Rosetta as Julie’s potentially long-lost sister, an equally nonstop and unsupported woman. “Full Time” reads like a riveting thriller, but possesses the commentary of a social drama steeped in realism. The soundtrack of clapping, thumping, nerve-chasing techno reverberates throughout the narrative, seldom straying away from a scene, calling to mind the Safdie Brothers’ “Good Time” in all of its racing impulse.

Julie is so mired down in the rat race that she cannot envision a life outside of it. She loves her children, and whenever they are together she never fails to speak to them with tender adoration. She may lose her temper briefly once or twice throughout the film, but typically her demeanor is resolved, structured, statuary.

In one precious moment, applying her makeup in the mirror early in the morning and clearly concerned about the future of her wavering career — just see how her eyes get lost in the wet tears that begin to drip down and ruin her work — she does not get lost in the sea of emotion swaying within. She sighs, pats her cheekbones dry with powder, and carries on, without any other muscle of her face so much as moving or surrendering to her fear and her tears.

Whether the final scene is a happy ending or a continuation of the vicious cyclicality of her strained existence is up to the viewer. Still, the spinning, dazzling merry-go-round, twirling feet above the ground and dancing happily in midair just paces behind her, suggests that the cyclicality will never abate itself. The film ends, and the viewer breathes.