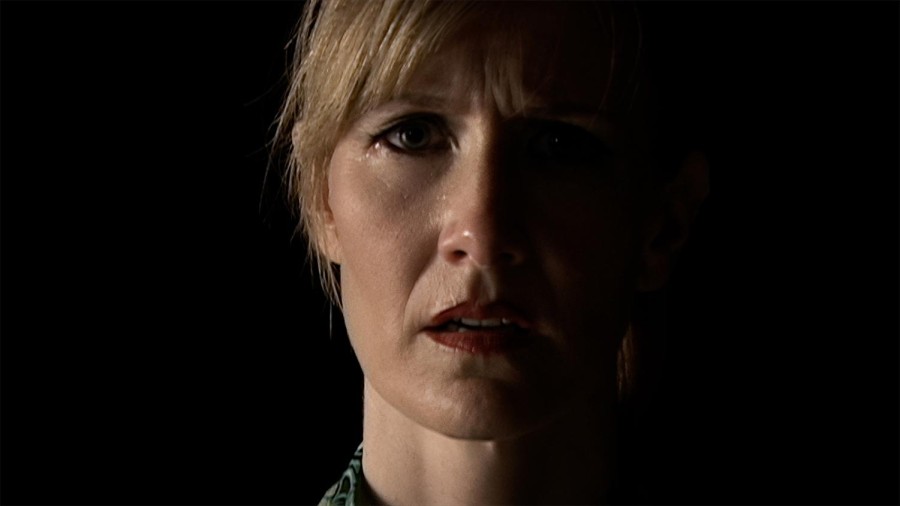 A since-deleted tweet the other day joked about how filmmakers such as Paul Thomas Anderson and Quentin Tarantino are hacks because they only shoot film as a crutch to make their movies look good, while only true masters of the medium like George Lucas have managed to achieve their visions across both analog and digital filming methods. Lucas’ digital trickery with the Star Wars prequels as well as his alterations to the original films have overwhelmingly been derided by critics and fans alike. The idea at the center of this tweet is an interesting one: Should we be critical of a filmmaker if they can’t make a film in the digital format? If so, at least we don’t have to worry about David Lynch, since “Inland Empire” shows his aptitude for the changing landscape of the medium.

Shot on a MiniDV Camcorder –– a household video camera from the early aughts –– with cinematography by Lynch himself, “Inland Empire” follows  Nikki Grace (Laura Dern), an actress recently cast in a film, alongside Devon Berk (Justin Theroux). During their first rehearsal, their director, Kingsley Stewart (Jeremy Irons), reveals that the supposedly original script is actually an adaptation of a Polish film that never made it through production because it was rumored to be cursed.

After that, reality and fiction begin to blend for Nikki as she falls in love with her co-star, mirroring the film-within-the-film’s fictional affair. Whatever curse befell the previous production seems to make its way into this remake as well, as random Polish men begin to appear near the set.

In its initial premise of an actor seeking to be a part of a film with a hidden conspiracy behind it, “Inland Empire” sounds very similar to another one Lynch’s masterpieces: “Mulholland Drive.” With “Inland Empire,” he continues his exploration of the dark side of Hollywood and the struggles it subjects women to while varying his stylistic approach. “Mulholland Drive” used lushious film photography to provide stark visual contrast to the film’s dark material. With “Inland Empire,” Lynch trades that in for consumer-grade digital, which shows Hollywood in all of its unpolished ugliness.

It’s somewhat ironic that “Inland Empire” has been restored — and quite well at that — as the amatuer look not only lends itself to the film’s themes, but also increases the unsettling feelings of Nikki’s crippling reality. Realism is increased when a film doesn’t look like it was carefully lit with studio equipment and special effects.

As for the themes of fractured female identity, Nikki encounters several different types of women throughout the film. Firstly there is Susan Blue, or Sue, her character in the film who has an affair with Billy Side, a married man. Sue, a Southern belle-type, contrasts the independent woman that Nikki is.

Nikki has a large house, and the emptiness suggests something is missing. Then there are the women she meets on set who talk about their sexual exploits and compare chests. They are the women who have been told by Hollywood to focus their attention on their looks more than anything else.

There’s also Doris Side, the wife of Billy, who seems to be a housewife with everything put together. However, this is proven false when she is interrogated in a police station and explains her plans to murder someone with a screwdriver she’s stored inside her abdomen — and that someone turns out to be Nikki.

Additionally, there are the women that Nikki observes in the evening on the streets of Hollywood, dressed hypersexually to appease the image-obsessed men of the city. They never stop to have a normal conversation. Rather, they just follow her around, trying to encircle her, but Nikki always finds a way to keep walking away. Nikki pushes back against all of these different types of women whom she doesn’t want to be, in the end finding herself alone and stabbed to death. Hollywood will chew you up and spit you out.

Lynch doesn’t help the audience distinguish fiction from reality. Scenes will start, only later to be revealed as part of the film’s universe or the film within the film. This puts the viewer in Nikki’s headspace, caught between worlds at times.

In one scene, Nikki spies on a past version of herself and the crew rehearsing a scene we saw before. When Devon spots her, she hides inside what appears to be a prop house. Peeking out, she yells at him as he scans the room for her, only she screams “Billy” instead of “Devon.” Her world is crumbling so much that even when she remembers which world she’s in, there’s no guarantee that she’ll retain that recollection. On screen, this all happens so fast that it is confusing and disarming in a way that must be similar to how Nikki feels in the moment. At first, the film may be hard to follow. But, after the film’s conclusion, these scenes stick in the mind and have plenty of identifiable details to deconstruct.

One might call it a crutch for me to argue that the film’s hard-to-follow narrative is intentionally representative of the protagonist’s headspace. If this were a shorter film, it might be easier to agree with that. However, clocking in at three hours and never once allowing the audience to expect what’s going to happen next, Lynch’s creative intentions are evident.

Art doesn’t have to be completely understood and digested upon first viewing. If that were the case, it wouldn’t be challenging us to think about the world and our place in it, much like Nikki’s metafictional adventure does for her.