Review: ‘Wuhan Driver’ loses its call to action, and itself, in vapid storytelling

“Wuhan Driver” is the latest short film by Tiger Ji, a Gallatin junior. The film follows a Chinese Uber driver dealing with a series of terrible riders at the onset of the pandemic in New York City. 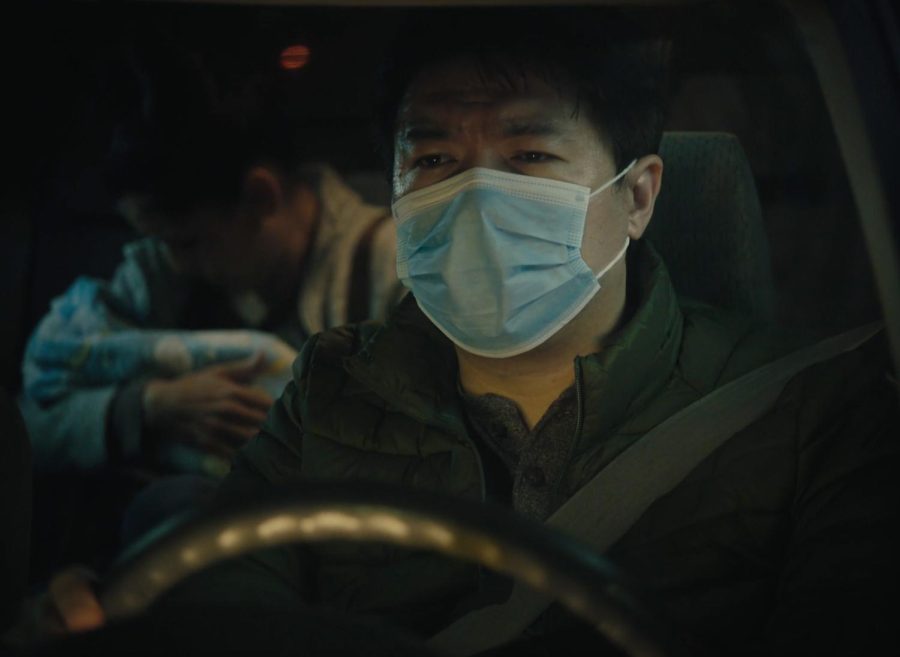 Depicting an abysmal — and, perhaps, heartbreakingly recurring — night in the life of a Chinese Uber driver, Zhang (Wayne Chang), “Wuhan Driver” condenses a series of racist interactions between the driver and several passengers in New York City at the onset of the pandemic into a cynical short film that yearns for more empathetic communication between people.

Running only 14 minutes, Tiger Ji’s “Wuhan Driver” stitches together a narrative of accumulating anxiety that inevitably comes crashing down. For Ji, the Gallatin junior director, the film is a call for empathy and a thoughtful reflection on how the pandemic has led to increased violence against Asian communities in the United States.

Taking place mostly at night, and within the confines of the driver’s automobile, the film ensnares viewers in an atmosphere of dread from the get-go. The film’s cinematographer, Stefan Nachmann, does wonders in this regard, capturing how neon lights bounce off puddles of snow left behind from wintry nights and create an oppressive air that shuns the presence of light by diffusing it into miasmal clouds.

Inside Zhang’s vehicle, this crushing sense of awfulness is magnified by a slew of Uber riders from hell. Puking all over his car, refusing to pay him, complaining about everything, cancelling rides on the spot and hurling racist insults at Zhang, Ji’s string of caricaturesque, terrible New Yorkers summarizes the many ways in which Asian people in the United States are continually vilified.

These moments certainly induce rage, but the weakness of the fleeting performances in which a procession of actors play up mean-spiritedness reduces the impact of Ji’s efforts to portray discriminatory acts by framing them as theatrical. It’s not the writing, per se, but a lack of subtlety in the ways the actors utter their lines and configure their faces that distorts Ji’s intent. Moments of potent tension warp into quick, irritating, occasionally funny albeit usually pity-pleading, impressions of racism.

These lackluster performances open up a whole can of worms by revealing the theatricality of “Wuhan Driver” as a film that’s been perfectly composed but tritely put together. There’s a lack of innovation in the film’s form, and from the moment we hear Zhang’s mother ask him about his heart condition over the phone, it becomes all too easy to predict where the film is heading.

Similarly, after the first awful Uber rider enters Zhang’s car, it becomes obvious that the next one will be just as awful; thus, turning the film into a repetitive slog of moments which viewers will already expect, because the film’s architecture is plain and predictable.

Although “Wuhan Driver” holds promise, the sad reality is that the film lacks nuance and creativity, voiding the importance of its message as a result of prosaic storytelling and amateurish performances. It’s even more painful watching the film with all its blisters and considering the promise it held as one which was intelligently and empathically crafted to shed light on pressing realities. “Wuhan Driver” will certainly force viewers to think about how they interact with Asian citizens and people working high-risk jobs during the pandemic — but the question is, for how long?

“Wuhan Driver” is available to stream for free on Vimeo.