‘The Goalie’s Anxiety at the Penalty Kick’ review: A languid look at aimlessness

This long-lost directorial debut by German director Wim Wenders about alienation in post-war Germany is playing for free as part of the 50th edition of the New Directors/New Films festival. 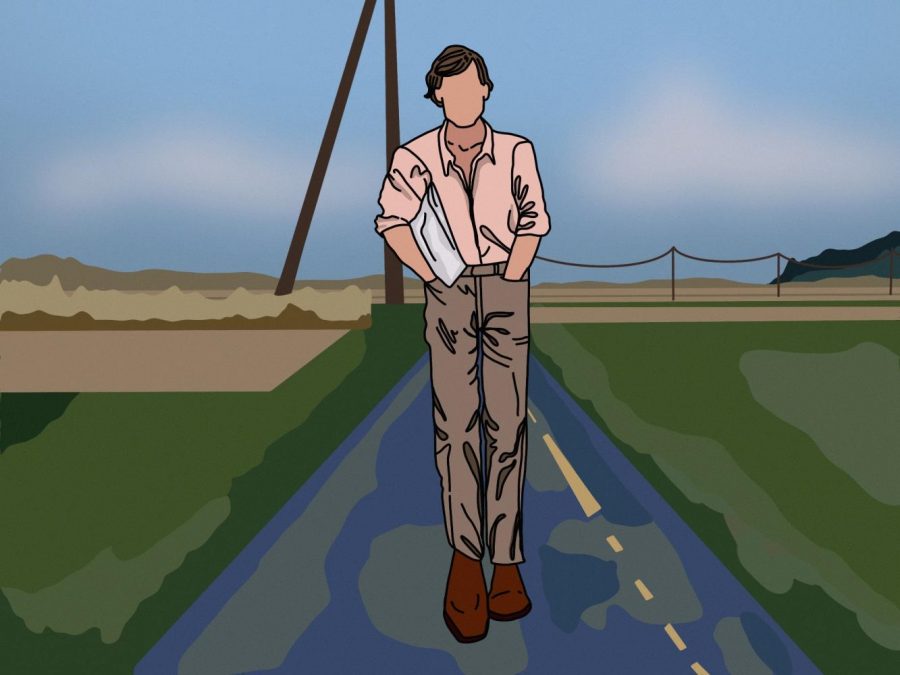 Wim Wenders’ directorial debut, “The Goalie’s Anxiety at the Penalty Kick,” is finally free to all via the Museum of Modern Art and Film at Lincoln Center’s New Directors/New Films festival. Based on a novel of the same name by Nobel laureate Peter Handke, this movie is a distinct investigation into a German generation consumed by a condition of aimlessness. (Staff Illustration by Susan Behrends Valenzuela)

After decades of being inaccessible to cinephiles due to its rarity, Wim Wenders’ directorial debut, “The Goalie’s Anxiety at the Penalty Kick,” is finally free to all via the Museum of Modern Art and Film at Lincoln Center’s New Directors/New Films festival. Playing as part of “A Retrospective,” a series aiming to highlight the voices of famous young filmmakers who were representative of the vanguard in their time, “The Goalie’s Anxiety” showcases Wenders’ unhurried uniqueness and keen eye.

Based on a novel of the same name by Nobel laureate Peter Handke, Wenders’ “ Goalie’s Anxiety” is a distinct investigation into a German generation consumed by a condition of aimlessness. As the film spends its time losing itself in a string of detours, Wenders assembles a telling picture of what it means to be a man with nowhere to go and nothing to do.

The film follows a lanky goalkeeper named Josef Bloch (Arthur Brauss) traveling through the countryside after he’s ejected from a soccer game for arguing with the referee. Bloch walks endlessly, indulging in frequent beers, the occasional slice of bread, purposeless murder, purposeful brawls and deviant flings. As such, “Goalie’s Anxiety” unspools the tale of a travelling man slowly sinking into the soil with each step he takes.

Toward the film’s beginning, Brauss’ physique makes this descent into aimlessness all the more prominent, as his broad shoulders and heavy steps consume both the auditory and visual components of “Goalie’s Anxiety.” But as the film progresses, the camera begins to recede, as if flying away. The self-aggrandizing, lanky goalkeeper becomes a distant figure, trudging from one side of the screen to the other. Bloch’s lost it, and the audience is losing him too.

Wenders has always had an interesting relationship with landscape, evident in the sprawling Texan desert that alienates Travis Henderson in “Paris, Texas” and the suffocating cityscape of “Wings of Desire.” In “Goalie’s Anxiety,” you can see Wenders’ begin to formulate a cinematographic understanding of humans as ants roaming a world too big for them to comprehend. As the film’s cinematographer, Wenders’ longtime collaborator Robby Müller aids in the development of a style that would become emblematic of the duo’s collaborations.

Approximately a quarter of the way into the film, there’s a shot of a bus’s rearview mirror as it barrels down the Autobahn. The flurry of headlights that highlight the mirror as cars surpass the bus conveys an overwhelming sense of transience. When Wenders cuts back to the titular idler, a sense of damnation envelops him as the juxtaposition of his leisurely pace and the cars’ speed emphasizes his own sense of listless ephemerality.

As Wenders chooses to focus on more of these moments — cars speeding by, men walking, strangers talking and leaves blowing — rather than advance the plot, the film begins to feel less and less like a film and more like a revolving selection of landscape stills meant to reinforce the lilliputian nature of humans, much like the works of German romanticists such as Caspar David Friedrich.

Wenders’ approach to storytelling rapidly establishes itself as sullen. It’s representative of a whole new generation of German filmmakers who were grappling with colossal cultural shifts in the aftermath of World War II. Although the film might feel as long as its title at times, its willingness to patiently sit with a moment allows it to conjure genuine emotion.

Rather than dictate the condition of the alienated young German men of the 1970s, Wenders chooses to depict the estranged figure. This decision places the act of deciphering his condition upon the viewer, and although the film’s narrative sparseness makes this task rather difficult, it reproduces the grueling condition of meaning-seeking that the film’s protagonist is involved in.

“The Goalie’s Anxiety at the Penalty Kick” might not be Wenders’ best, but its charm endures as a time capsule of sorts — one that exhibits the consciousness of the average aimless German citizen during the ’70s alongside the amateurish condition of a soon-to-be auteur. With its emphasis on ambience, “The Goalie’s Anxiety” signaled the arrival of a new form of filmmaking that focused on affect rather than logic and laid the groundwork for Wenders’ keen ability to create soul-piercing moments for decades to come.