Theo Anthony’s documentary on surveillance, policing and the strange relationship between the development of guns and cameras will close out this year’s New Directors/New Films Festival. 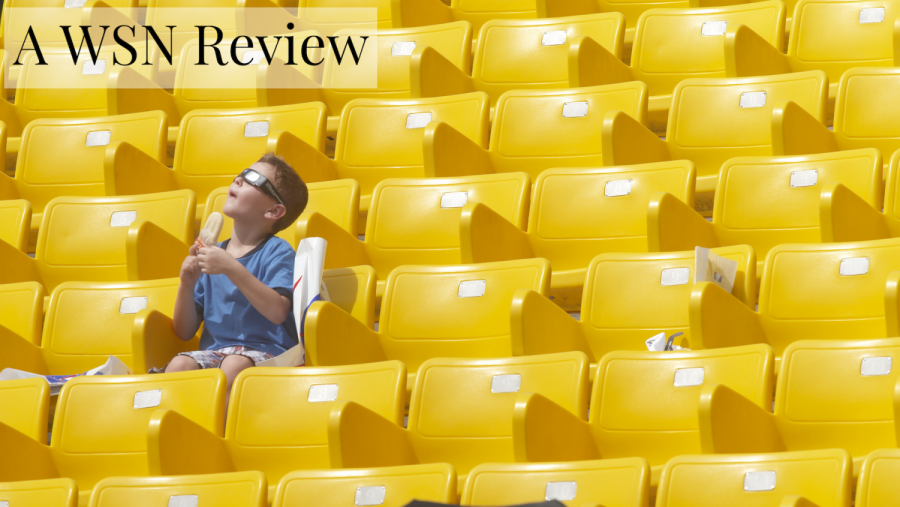 All Lights, Everywhere provides a stunning and insightful commentary on the development of cameras, and surveillance. The film delves deep into how the images produced are shaped not only by the camera but the people behind the lenses. (Image courtesy of NEON Productions)

Theo Anthony’s “All Light, Everywhere” is that rare type of film that forces viewers to reappraise their reality. It chips away at viewers’ preconceptions of authority and surveillance through spliced footage from various attempts to wield cameras as a weapon to suppress the marginalized, arriving at a new understanding of our reality that acknowledges the harm engendered by these practices.

“All Light, Everywhere” is Anthony’s follow-up to “Rat Film,” another atypical documentary that examines Baltimore’s redlining practices by focusing on fixed district increases in rat populations to expose the ongoing harmful effects of said practices. Much like “Rat Film,” “All Light, Everywhere” takes an unconventional approach toward surveillance policing. The film feels an adjustment of vision where things may appear blurry at first but soon come into focus.

The film begins with a series of philosophical statements that revolve around the idea that because the eye contains blindspots, the act of seeing is a constant collision between what we actually perceive and what we choose to perceive. In short, the mind creates a world where the eye cannot see and as such, people must grapple with the vision of the world they project before the world around them.

It is from here that “All Light, Everywhere” strangely proceeds to delve into the history of camera development. It’s a strange choice, but one that ends up providing the film’s critique of cameras with a solid backbone of historical facts that further the director’s argument.

Through these historical interludes, we learn about how the chronophotographic gun, an early camera model that strongly resembles a rifle, was used to produce ethnographic films about the subjects of French colonial rule. Camera technicians imitated the act of shooting citizens under colonial rule to register their bodies as ethnographic content. From the very start, Anthony’s argument is clear: it’s not that cameras take a side, but that they are infused with their creators’ ideologies. As such, the history of filmmaking is skewed to support the vision of the world promoted by those in charge, typically white men.

We see this play out in Baltimore, Maryland, throughout “All Light, Everywhere.” Anthony offers viewers a tour of a body-camera factory. As a pasty, pudgy man walks viewers through the intricacies of developing a camera that can supposedly mimic the human eye to perfection, the warped articulations of manufacturing such devices expose themselves.

The body camera, a tool whose stated aim is to keep police officers in check, merely acts as an extension of them: a technological form of policing. It is not an unbiased recorder, it is an oppressive tool. Its placement on the chest distorts police officers’ interactions with the people around them. Movements appear more aggressive and the legal right officers hold to review their footage prior to being prosecuted offers them the chance to reshape reality.

It’s heavy stuff, and as if that weren’t enough, Anthony unravels the strange case of a surveillance project in Baltimore dubbed Aerial Investigation Research run by a company called Persistent Surveillance Systems. It’s essentially live Google Maps on steroids. Using a stationed plane, PSS monitors the city below with the hopes of uncovering crimes and offering the Baltimore Police Department a set of eyes in the sky: a god’s view.

With this perspective, humans look like ants. The man controlling the plane acts like a child  shining light through a magnifying glass. The operator is an extension of the state. Cameras are used to gaze upon humans like animals, in a manner all too similar to how the chronophotographic gun took photos of colonized subjects.

Critics could argue that Anthony’s approach is incredibly one-sided, as his arguments contradict official narratives of reality. Yet it’s for this very reason that “All Light, Everywhere” works. The film is built to express the voices of the voiceless and counter cultural narratives in order to improve society. The film is biased in that it promotes the righting of wrongs, acting as propaganda that aims to reconfigure systemic flaws that necessitate call outs.

As Anthony needle drops Laraaji’s “All of a Sudden” while the credits begin to crawl down the screen, the film leaves viewers to ponder. With Laraaji singing “All of a sudden/The sense of self/Is centered/In a new awareness,” Anthony places the final punctuation mark on his filmic essay. Viewers are forced to contemplate how they view policing, filmmaking and the act of seeing.