This Is a Review of ‘Horse Girl’ Starring Alison Brie, Thanks

This film has gotten a lot of medium reviews, so prepare for a large review. 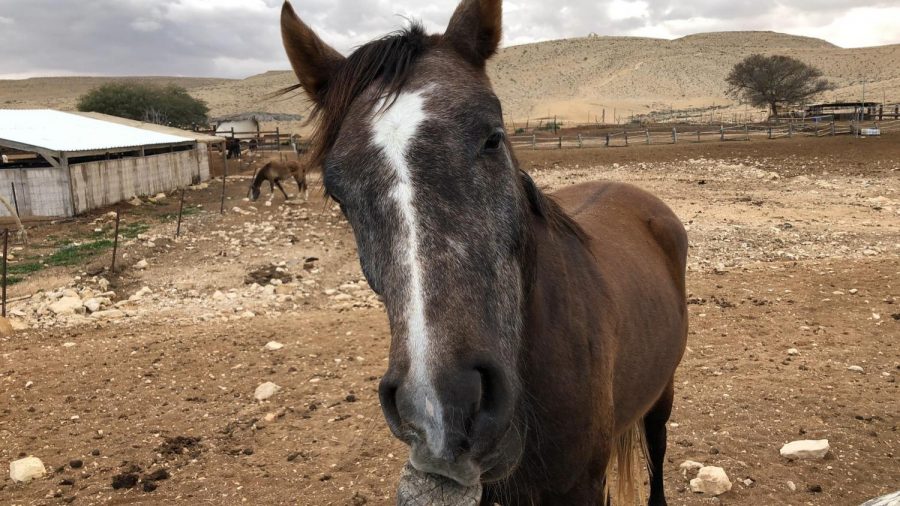 Saddle up, horse girls — Alison Brie’s “Horse Girl” is now on Netflix. The film premiered at Sundance in January, but was released to the masses this past Friday, Feb. 7. Directed by Jeff Baena, “Horse Girl” is an ambitious deep dive into the mind of a woman suffering a psychotic breakdown.

Co-written by Baena and Brie, “Horse Girl” spawned out of Brie’s desire to explore her family’s mental health history and the uncertainty of her own future. Both her mother and grandmother suffered from paranoid schizophrenia.

The movie opens by setting up what anyone might initially believe is an indie rom-com. The audience is introduced to Brie’s character, Sarah. Sarah is an employee at a crafts store who regularly does Zumba and is obsessed with “Purgatory,” a supernatural crime show starring Matthew Gray Gubler in a surprising, yet wonderful cameo role. Her only real friend is Joan (Molly Shannon), one of her co-workers. Meanwhile, her roommate Nikki (Debby Ryan) is well-meaning but mostly seems to pity her.

At Sarah’s birthday party, Nikki introduces Sarah to Darren (John Reynolds), her love interest. Darren is kind, sweet and shy like Sarah, and he shares a name with the main character of “Purgatory,” to Sarah’s delight. They hit it off and set up an official first date.

However, things quickly go off the rails. Through the film, Sarah experiences a recurring dream where she finds herself laying down between two strangers in a large white room while shadowy, dark alien hands can be seen moving around the space. She also begins to experience gaps in time and memory. She ends up in places without remembering when or how she arrived.

Her first date with Darren is a disaster. She fully succumbs to her paranoia, believing that she’s part of some sort of cloning conspiracy and that she has been abducted by aliens. She uses sage to cleanse her apartment and swaddles herself in fabric to protect herself from whatever it is she thinks is after her.

The way the film is written and portrayed elicits both anxiety and empathy from the audience. Sarah’s paranoia, hallucinations and dreams all begin to merge with reality until it is hard to discern what is actually true. The audience, in a way, sees what it’s like to be inside her head and experiences the film in the same way she does.

It is an admirable artistic choice that, unfortunately, makes everything a mess. It seems like there is no trajectory. The storyline only gets more confusing and culminates in a sequence that is both funny and terrifying. Much like the whole of the film itself, it starts out one way and ends in another — with Matthew Gray Gubler inside her.

“Horse Girl” is obviously a very meaningful film to Brie. She gives it her all as Sarah and plays her role incredibly well. However, the rest of the cast is not given as much of an opportunity to express their talent, no matter how well they act. Characters come and go so quickly that it feels like Brie is the only real character. Everyone else lands in her periphery in what is more like a string of cameos than anything else.

Despite its many shortcomings, “Horse Girl” is a beautiful film, both aesthetically and emotionally. Baena’s direction creates a very hypnotic experience, even through the muddled storytelling. It might be stressful and unsatisfying, but overall feels valuable.

And, despite the title, the horse is not featured nearly enough.