Need to sound like you know about movies? Here are a few of our go-tos. 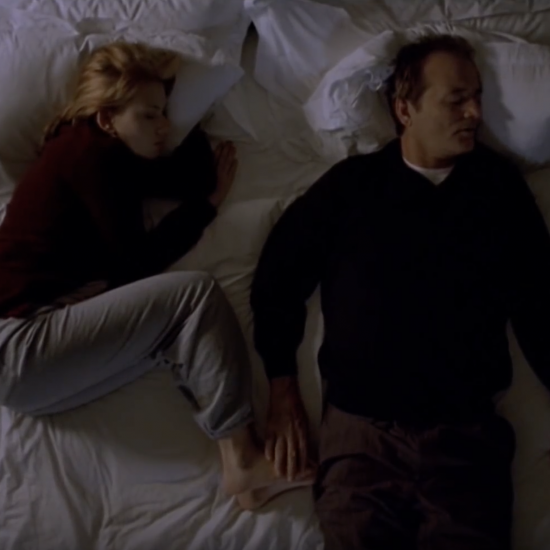 Your friends told you to watch it. It was on your Amazon recommended list. And now the Arts Desk of WSN, a group of complete strangers, is going to reinforce everything that they’ve said. I honestly can’t believe you haven’t seen it. This film served as a catalyst for everything in cinema that came after it. We’d even go as far as to say that it started a movement. I mean, really, you’ve got to drop everything and put this on. We just can’t believe you haven’t seen —

Lost in Translation
Sofia Coppola has done something marvelous in “Lost in Translation.” She has taken the most exciting city in the world (Tokyo) and placed some of the best actors of our time (Bill Murray and Scarlet Johansson) in it with a half-decent, very relatable love story about the fleeting moment. And somehow, she’s turned this cinematic goldmine into one of the most subtle films of the last 20 years. I mean, there are flashing lights and cameras everywhere, and not an exciting moment the entire time. Or at least that’s what you think. You see, you’re probably missing the point entirely. The film doesn’t need to be brash and overly romantic to be profound. In fact, the magic of “Lost in Translation” is that half of the interactions between the protagonists — the girlfriend of a famous photographer who is intelligent to a fault (how original) and an aging actor in an unsatisfying marriage — are emotionally ambiguous. Are they in love? Are they just passing the time? Is it that they’ve been drunk for the majority of the movie and they are the only two people they can find who speak the same language? Who knows? The answer isn’t the point, but the journey is so unique that the fact you haven’t seen it yet is almost laughable. — Claire

House
When I looked up “House” for a bit more information, I saw that it’s currently playing at the Metrograph at 11 p.m. on Sept. 19 because, of course it is. In Nobuhiko Obayashi’s 1977 horror flick, disgruntled schoolgirl Gorgeous (Kimiko Ikegami) visits her auntie’s (Yōko Minamida) mansion for summer vacation, along with six friends who would put Snow White’s entourage to shame: Sweet, Melody, Prof, Kung Fu, Fantasy and Mac. Surprise surprise, the eponymous house is haunted, and the seven girls are tormented by an evil cat, lonely wartime spirits and a disappearing melon from the moment they arrive. Bizarre before anything else, “House” dares you to try to make sense of its blatantly low-budget effects. I watched it for the first time with my mom, and she gave up halfway through and went to bed. Come Halloween, “House” is the perfect pretentious pick for your fake friends — so long as you understand it yourself, which I do 100% because I’m very smart and my job title requires that I say I do.  — Fareid

Shakespeare in Love
“Saving Private Ryan” who? Director John Madden’s “Shakespeare in Love” rightfully won the Oscar for Best Picture in 1999, and really, there was never any way it wasn’t going to. After all, this is the movie that humanized William Shakespeare — the most esteemed playwright of all time — by making him a mischievous hottie. It’s also the perfect movie to make you and all your friends feel really smart, as you spend the entire duration watching Shakespeare do various things that mirror his plays, occasionally calling out, “Ohhh! So that’s why he wrote [Insert Play Title Here]!” and then giving yourself a well-deserved pat on the back for being so cultured that you can pick up on such niche references. The film’s main revelation, that (spoiler alert) “Romeo and Juliet” is actually based on Shakespeare’s own messy love life, is a plot twist for the ages that only those who have a deep understanding of the original work can truly appreciate. So if you’re intellectually gifted, give “Shakespeare in Love” a try. It’ll make you look back on all those plays from high school English class in a whole new light. — Ethan

Love in the Afternoon
A foreign film is the perfect way to let a fake friend know that you’re better than them in every way. “Love in the Afternoon” is the final installment of Éric Rohmer’s “Six Moral Tales.” It’s a pick that shows you’re very cultured and know all about French New Wave (they never have to know this is the only French New Wave film you’ve seen). Plus, it gives you a great opportunity to bring up your semester abroad in Paris; you, like, dream in French now. It’s pretentious, but it’s also a great film. Frédéric (Bernard Verley) is, he believes, deeply in love with his wife. But he also cannot stop looking at other women — the devil works hard, but the male gaze works harder — and ends up in an affair with his old friend Chloe (Zouzou). I promise it’s not as soporific as it sounds. It’s occasionally creepy but in kind of a charming way; Frédéric fantasizes about an amulet that can cause any woman walking around Paris to suddenly fall at his feet. But I’d argue Rohmer is actually doing something more complex — that is, examining patriarchal ideology through the lens of male malaise and frustration. As Frédéric and Chloe sit in a café, Chloe comments, “The way some people live turns me off.” At this moment, you can turn to your fake friend and say, “Same.” Definitely watch “Love in the Afternoon.” Then watch the 2007 Chris Rock remake (“I Think I Love My Wife”) with your real friends.  — Julie