Is Netflix’s Next Step a Deep Dive Into the Film Industry?

It would appear that Netflix is beginning to make the full commitment to film distribution by appeasing critics. Is this change due to the big-name stars or is there another reason? 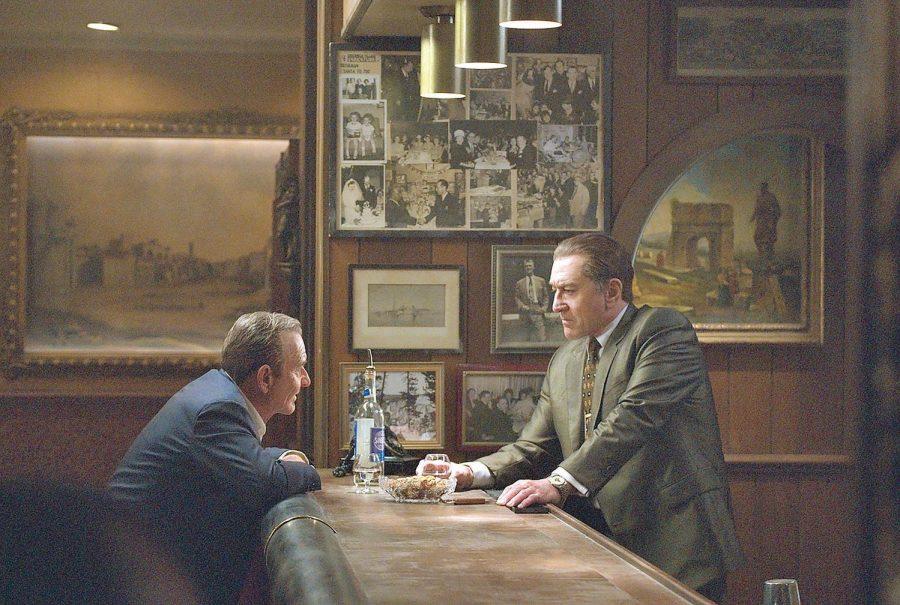 Joe Pesci, left, and Robert De Niro face off in a scene from "The Irishman.” Netflix plans to release the film on Nov. 27 this year for streaming. (Via Netflix)

As awards season approaches, more films are beginning their campaigns in hopes of an Oscar. Meanwhile, the debate over whether streaming services’ films should be considered for these prestigious awards has also popped back up in full force.

Netflix is at the forefront of this debate and has been taking most of the heat. Last year when “Roma” was released, many spoke out against Netflix’s distribution style. They argued that unless it was willing to do a wide-release, the film should be considered only for television awards. One such outspoken critic was Steven Spielberg, who in the past has even stated that all films from streaming services should be regarded as television. The criticisms didn’t do much damage though, as “Roma” took home three Oscars — including Best Director for Alfonso Cuarón.

Recently, Netflix released its schedule of future film releases for the rest of 2019, and it would seem that they have thrown a bone to those critics who see them as destroying the magic of going to the movies. When “Roma” was released, it was only put out on limited release for a couple of weeks. This year it seems films like “The Irishman” and “Marriage Story” will be put into theaters for a little under a month before they are put onto the streaming site for home viewing. It is still unclear if this change will satisfy the big movie theater chains’ demands, as they initially would not show Netflix’s films due to the release window being too limited for their standards.

This change in release format shows that maybe Netflix has felt the heat and is taking a cue from film fans and critics alike. Netflix may be slowly shifting toward even longer releases, like Amazon Studios has done, putting out more extensive releases that stay in theaters for a couple of months before the film is even put up on Amazon Prime. With Netflix already facing some issues with competition from other streaming sites, like Disney Plus, it might be wise for it to start falling into a more typical film distribution style and branching out into multiple outlets rather than being just a streaming site. When Amazon began to produce and distribute films, it knew to take a hint from the film world. It established itself as a distributor by allowing more significant releases in theaters and presenting as a different entity under Amazon Studios, which has gotten them more credit and much less heat than Netflix, which only presents as a streaming service.

If this new trend continues in Netflix’s film distribution, people may likely see the same kind of format as Amazon Studios. The only problem is the question of Netflix’s reliability. Last year its lineup was not nearly as strong with so many big and recognizable names, like Meryl Streep and Martin Scorcese. While “Roma” was a critical and commercial success, it was not as big-budget as films like “The Irishman” and “The Laundromat.” Is Netflix changing just because it has big-name actors and directors on the docket this year? Will next year be a step backward or forward?

Netflix has always changed with the times; that is what has made it such a successful company. In the days of rental movies, it outlasted Blockbuster and became the top dog by shifting to a digital video ordering format. In the days of streaming, it became a pioneer and was the first to start creating big-budget original content. As 2020 approaches, Netflix has begun to stagnate in growth and looks to be at a crossroads now. With so much competition, it is time for Netflix to choose how they want to be seen: as a streaming site, or as a multifaceted entertainment company that produces and distributes original content. If Netflix wants to stay afloat in the new market, it looks like this might be the move, and if their new lineup is any indication, it seems as if it is heading that way.