The Secret Origins of the First Female Filmmaker

The new documentary tells the true story of Alice Guy-Blaché’s fascinating legacy and how she helped transformed Hollywood into what it is today. 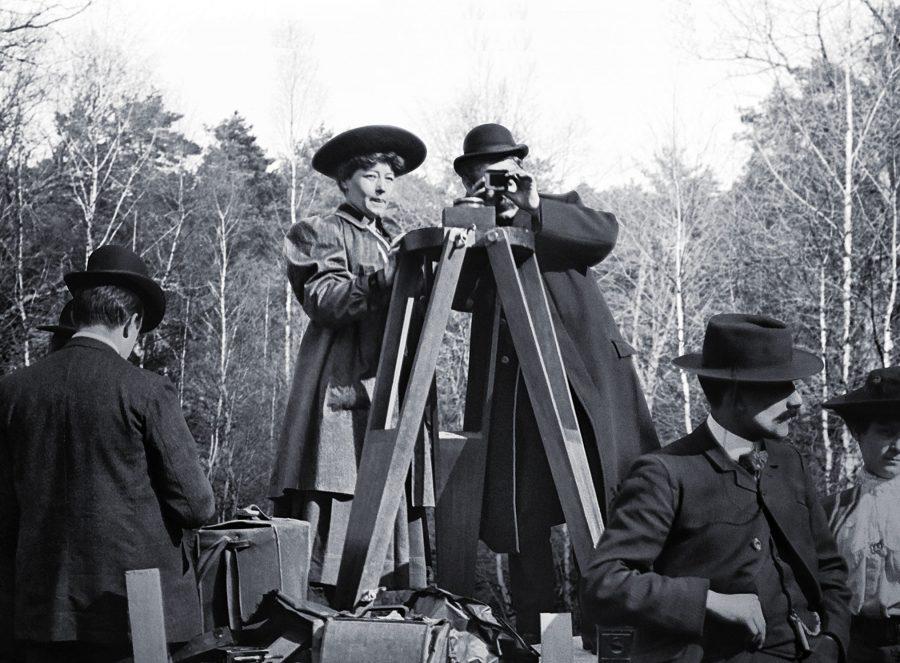 Poster for Be Natural. (Courtesy of Zeitgeist Films)

In her 2018 documentary “Be Natural: The Untold Story of Alice Guy-Blaché,” director and producer Pamela B. Green aims to revive the life of the first female filmmaker, Alice Guy-Blaché. Narrated by actress and director Jodie Foster, and featuring interviews from the 1950s and 1960s, the story captures Blaché’s significance to film history by examining the relationship this director, writer and producer had with other pioneers in cinema. The film explores her love story with director and ex-husband Herbert Blaché, expressing the balance she lived as both a filmmaker and mother.

The audience is immediately captivated when the film begins; its opening scene is a beautifully crafted sketch of Hollywood decorated with posters of some of today’s biggest films, including “American Hustle,” “Chef” and “Mad Max.” Gradually, we trek back to the beginning of cinema, where Guy-Blaché’s story also starts. The scene changes as we watch hundreds of contemporary actresses, directors and writers express their unfamiliarity with Guy-Blaché. Within the first five minutes, we feel a slew of emotions: we sympathize with Guy-Blaché, yet question her influence. We are immensely curious as to how someone — who Green claims to be a principal figure in the roots of the film industry — has been forgotten until now.

The documentary briskly but clearly moves through her early childhood, showing us how she was propelled into the film industry. Here, we are hit with Guy-Blaché’s powerhouse personality. She understood that she was not respected in an industry already dominated by men. In her interviews, she says that there is simply nothing a man does that a woman cannot do. Her headstrong feminist attitude in the 19th and 20th century quickly elicits our admiration and adoration.

We fall further in love with Guy-Blaché and this documentary as we explore how extraordinary she was. A skilled businesswoman, she sold her films domestically and internationally. Guy-Blaché created a foundation for an almost baseless film industry and the “be natural” technique in acting. As we learn of her influence, we also discover family and friends who are proud to be connected to her. Throughout the documentary, we experience a constant duality of emotions: we become happier, yet remain puzzled as to why she was erased from film history.

Then Green breaks our hearts. Foster exposes her downfall — the Great Depression put her film company in debt, her unfaithful husband moved across the country and Guy-Blaché was ultimately forced to move back to France where she was unable to obtain a job. Everything she had built — groundbreaking cameras, a major film studio and thousands of films — is credited to men. Our breaths escape in defeat as she loses faith and her 20-year legacy vanishes. But what truly breaks us are the final few moments of the film, when she passes away, unable to keep the films to which she dedicated her life.

The audience watches the documentary in excitement, reflecting the state of Guy-Blaché’s life. We are kept at the edge of our seats as we watch her invent the close-up shot and hand-tinted style, and the manual coloring of black and white photos. But in a matter of minutes, the legacy she created dissipates. Nothing prepares us for the emotions we feel as we watch her life abruptly shatter. This beautiful documentary promises wit, love and tears.