As Ottessa Moshfegh’s trademark gallows humor grows formulaic, her newest novel does little more than snicker at a group of Slavic peasants. 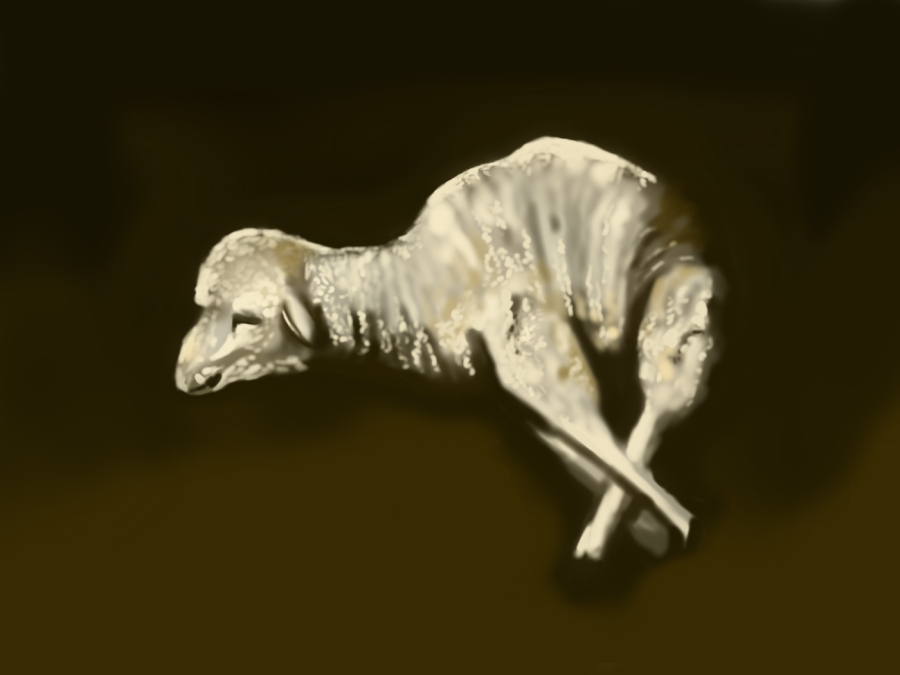 Ottessa Moshfegh’s new novel Lapvona explores themes of abject suffering, but it falls short of resonating with the sociopolitical climate of the day. (Illustration by Susan Behrends Valenzuela)

Everything about Ottessa Moshfegh’s newest novel, “Lapvona,” is noncommittal. It is set in a vaguely medieval era, in a vaguely Eastern European village, and espouses a completely vague apoliticism. The village of Lapvona isn’t quite a shtetl — it’s Christian — but it has an ambience given its insular, hyper-religious populace. The fiefdom setting halfheartedly gestures toward a semi-material critique that ultimately fails to cohere.

Moshfegh likes characters who silo themselves away from society. In “My Year of Rest and Relaxation,” the Y2K protagonist cloisters away in a Manhattan apartment and attempts to sleep for a year. In “Lapvona,” the medieval Ina — the plot’s protagonist — separates herself from the action of the village, secluding herself to a hut in the woods. The throughline is that when a character gains clarity about the rot of society, she effectively exits it.

Moshfegh’s narratives are each studiously individualistic — effective at goading you into a sort of depressive realism. She is partial to the hypothesis that, free from a positive bias, depressed people have a clearer handle on reality than the non-depressed. The internal logic connecting most of Moshfegh’s oeuvre argues that a different world is a fantasy. So the clever few remain faithless.

“Lapvona” obsesses over this generalized depression without taking seriously its systemic causes. In the process, it reveals the deliberate way in which Moshfegh absents herself from politics as a writer. Any interest in general systems’ collapse is only ever nominal. It is a way to sell books about cynical apostates written for the simple pleasure of other cynical apostates. And that would be fine — kind of — if she didn’t derive narrative structure from feudal class differences.

The novel divides its attention between two sides of life in the eponymous, reductive medieval fiefdom: joyless, laboring peasant life and pleasure-seeking noble life. The peasants are materially impoverished and spiritually devout, and the nobility is Epicurean and spiritually impoverished. Land is at the center of the coercion-extraction cycle. Lapvona is famous in the region for its reliable soil (the cunning, but lazy lord of the land even marries his wife so her father won’t “try to steal [his] dirt”). But don’t be misled into thinking this book does anything with this politics of property beyond pointing it out.

Take the vaguely Eastern European, cartoonish feudal lord Villiam, who functions basically as his own court jester. He uses land and taxes to tyrannize the peasantry in a way that pays notable homage to Count Dracula, a caricature of a landlord written into a moment of widespread class anger toward the Anglo-Irish landed elite. But even Bram Stoker makes a more serious connection between his book’s internal critiques and the external world into which it was written. How can Moshfegh do the same with a setting so noncommittal and vague, and a character study so narrow?

The big joke at the center of the novel is the peasants’ ignorance of their own exploitation. Instead of loathing their tyrant, they cannibalize each other — quite literally. When the village runs out of food, its residents eat their neighbors with little remorse. Yet when their lord profiteers off of a drought, the peasants count their blessings instead of their losses: they are “too afraid to wonder” about the fact of their exploitation. Marek, our male protagonist, has the loose understanding that “If you didn’t have money, you had to be good,” whereas all the while, rich folk get the privilege of sinning.

This generalized conception of class difference never calcifies into anything resembling class antagonism. Regarding the lord’s racketeering, it does not “occur to Marek that Villiam was to blame for the devastation of the land. It [does] not occur to him that Villiam had forced the village to suffer this drought, stealing what was rightfully owned by nature for his own excess and pleasure.” The phantasmagoria of false consciousness also gets literal: everybody is either blind or mute, ergo physically unable to take hold of their surroundings. The able-bodied few bootlick for no reason other than stupidity.

Poverty is ubiquitous but depoliticized, best summarized in the lord’s blithe dialogue: “Please, Erno. It’s Sunday. It’s evil to discuss money on the Sabbath, don’t you know?” Get it? Religion is just ideological disciplining. That seems to be the extent of Moshfegh’s analysis. It is a useful premise for her black comedy that stops being funny around the hundredth page, when the joke starts repeating itself.

In “My Year of Rest and Relaxation,” the tragicomedy hinges on the total disintegration of a trust-fund rich, gorgeous, seemingly problem-free white woman. It’s clever, if a little navel-gazing. But “Lapvona” throws out the cushion of punching-up. The tragicomedy here seems to be only that poor people are miserable.

Maybe Moshfegh thinks dialectics are heavy-handed. She’s probably correct. She would lose her cool authorial distance if she tipped her hand to talk materialism. So instead of structural critique, everything in “Lapvona” is psychosexual. Villiam has “a special taste for freakishness” that points less to his class power and more to an individualized psychic perversion. Sure, he hoards resources during a drought, but Moshfegh is no class reductionist. She suggests we read Villiam not as an extortionist, but as a traumatized child. When the great lord is snubbed by a peasant couple, he laments: “Not since his own father had anyone rejected him so bluntly.”

Since all roads in the land of heady psychology lead back to Sigmund Freud, the character drama depends on a nebulous melange of Catholic guilt, Jewish guilt and vague psychosexual guilt. “Hit me again, Father!” is a real line of dialogue. It is cried out by Marek, a young shepard, who constantly soliloquizes about how he deserves to be punished: by his father, by his pretty maid, and, lest you forget, by God. He is so “addicted to suffering” that he fetishizes sleep for the sole reason that “he could sleep and feel no guilt.” And when he does fall asleep, he dreams only of begging for forgiveness. But the guilt never calcifies into anything beyond a punchline.

Moshfegh brands herself as a writer intent on stoking your discomfort and peering into the undisclosed, revolting elements of humanity. “Lapvona,” however, is less an inquiry than a slick salvo of gory entertainment. She mocks her villain, the lord, for growing so pleasure-sick he loses touch with the stakes of real human tragedy: “Villiam was so accustomed to being entertained that any drama, however real it was, seemed to him as one staged for his private amusement.” And quietly, Moshfegh stirs her readers to the same fate. She gives you what you want: a grape up the asshole, some quick and dirty statuatory oral sex, a rape scene in a bed of flowers written with such narrative distance you almost forget to grimace.

The great writers of abjection — Bataille, practically all the Russians — turned to the grotesque, depressive and pleasurably violent as a way to unspool a larger analysis of human misery. Moshfegh uses the abject only to slake your personal boredom. There is no world outside her text.