Stop paying ridiculous Broadway prices when you can see higher quality productions and readings for less. 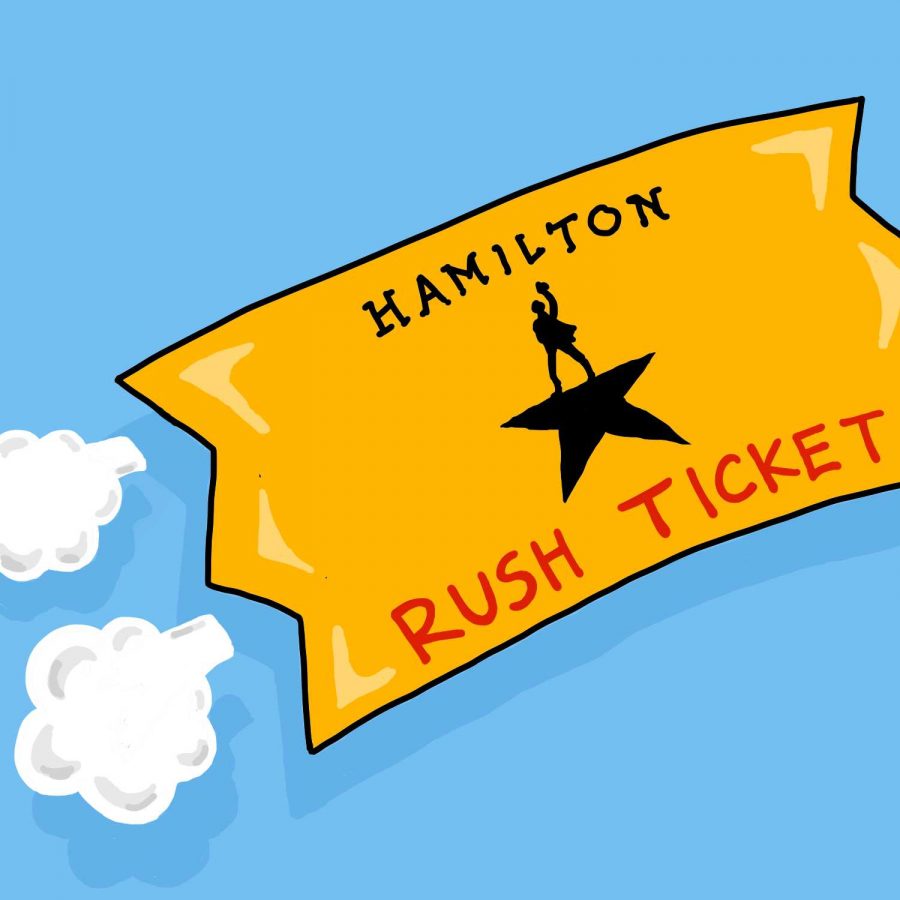 Be on the lookout for rush ticket and take advantage of New York City's art scene. (Illustration by Min Ji Kim)

Between studying for exams, spending time with friends and taking necessary power naps, finding extra time to indulge in any sort of play or book is a luxury. Even if someone can squeeze a musical into their schedule, mainstream New York theater is very expensive. So how can NYU students enjoy these art forms when money prohibits accessibility?

For a student to get the most of the theater scene in New York, they have to look past the flashy Broadway signs and dig a little deeper. Broadway is over-commercialized and typically watered down to seem family-friendly. Through producing jukebox musicals and plays based on movies, the Great White Way sacrifices originality in an attempt to make a quick buck.

Broadway boasts high ticket prices to maintain its prestigious, exclusive image and to make a profit. Smaller shows are a lot more affordable for the average student. Shows like these are not looking to empty your entire wallet. While it may seem that there are very few of these low-cost productions to attend, there are hundreds playing around the city and NYU each week. In fact, the Skirball Center, which sells tickets to major productions around the city, also hosts its own shows that have an array of price ranges. From comedy to plays, there is certainly something to peak anyone’s interest.

Alternatively, smaller productions’ content is cutting-edge. The creators actually care about the stories they create and do not let dollar bill signs blind their artistic visions. Shows like these are not afraid to take risks, even if they may not be the most profitable, but isn’t that what theater should be about? Theater is meant to inspire and provoke. With abstract staging, mature content, uncensored dialogue, unaccustomed set design and innovative storytelling, these hidden gems leave individuals feeling intellectually challenged.

Aside from theater, many bookstores and coffee shops host readings each week. Their cozy environments are welcoming and the perfect place to discover a new favorite. Readings can feature poetry and prose from more well-known names to writers who have yet to be discovered. Not only this, but readings are typically free, promoting a student-friendly environment. Just don’t forget to snap when the author is done reading their piece.

Some organizations offer events that are directly aimed at students. NYU’s Creative Writing Program has free events on Thursdays and occasional Fridays that feature editors, translators and writers at the Lillian Vernon Creative Writers House. Some events feature multiple writers of various genres while others feature an emerging writer’s work.

Finding free time in a schedule as busy as an NYU student’s can be difficult. Yet when given a couple of hours to do whatever you want, explore all the lush opportunities New York City’s theater and literary scenes provide. There is always an event waiting to inspire, aggravate, or thrill its audience, so go out there and make the most of it all before the semester ends.