Following the release of her new book, Tina Chang visited the Lillian Vernon Creative Writers House to discuss her poems. 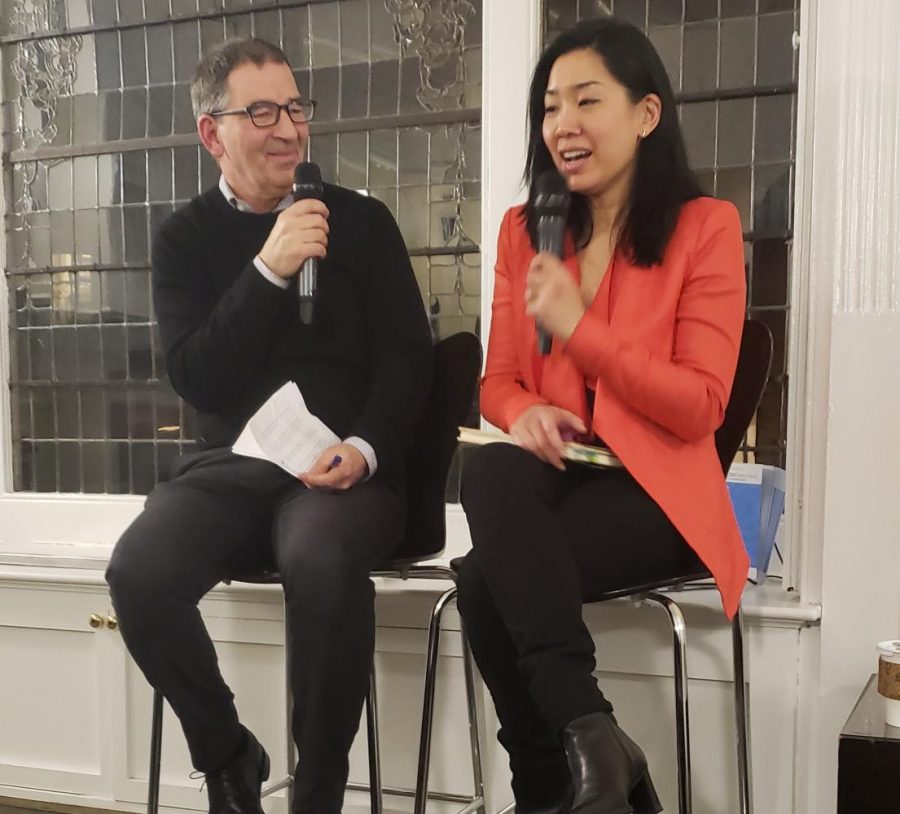 The Lillian Vernon Creative Writers House filled with anticipation as eager fans awaited Tina Chang’s entrance. In a continuation of the writing center’s “The New Salon” series, Chang, the current Poet Laureate of Brooklyn, joined the executive director of the Poetry Society of America Matt Brogan in conversation about her new book, “Hybrida,” her third poetry collection.

“Hybrida” revolves around Chang’s son Roman and issues of race and identity. These topics are important to the poet because of her conservative upbringing and the difficulty associated with revealing her pregnancy to her family, as well as what it is like to have a biracial child.

“He is mixed-race black and because he is Black-American, I started to feel this sense of will I ever understand his identity without appropriating his identity?” Chang said. “I’m forced to see what they see, his skin is darker and his hair wavy, while I’m fair and with hair that won’t hold a curl.”

During the first few years of the writing process, Chang was hesitant about the book. She worried about how vulnerable she wanted to be, about the reader’s reactions and about her right to write about her son while giving him space to explore his own identity. According to Chang, her diverse family as well as the flexible nature of poetry motivated her to continue writing “Hybrida.”

Chang also took inspiration from different works of art, particularly pieces featured in the Brooklyn Museum. One piece that drew her attention was Kehinde Wiley’s “Napoleon Leading the Army Over the Alps,” which is often compared to Jacques Louis David’s “Napoleon Crossing the Alps.” The main distinction between the paintings is that David’s Napoleon is painted so that it is almost larger than the horse, emphasizing this idea of white authority. In Wiley’s painting, a Black man sits on the horse, which sends a message about the lack of acknowledgement of Black experience throughout history. Wiley’s painting comes up in a poem titled Four Portraits, where it is joined by other artworks that are important to Chang.

Tying together motherhood and equality, she wrote, “I shall be a mother whose bright milk runs with fever and anguished love, with a head in my hands if the head shall equal justice.”

Chang included other kinds of media into her book, like videos and pictures. Some of these are included in the physical pages of the book, and they emphasize just how much of this particular work is based on hybrids. “When I think about the future of poetry, I think about it as a sort of hybrid text,” Chang said.

As the night drew to a close, Chang turned to the audience, where she answered questions regarding her own writing as well as advice for aspiring writers. She believes that writers should experiment with new forms and embrace the process of writing, even when it is a struggle.

“A part of being an artist is walking through, being unsure, being almost kind of scared that you don’t know what you’re going to write next, and that’s the most exciting place to be,” Chang said.

A version of this article appears in the Monday, Feb. 10, 2020, print edition. Email Dani at [email protected]