In a world filled with criticism, some artists feel pressured to conform to what is considered mainstream. However, now is the time for artists to reclaim what is truly theirs: art itself. 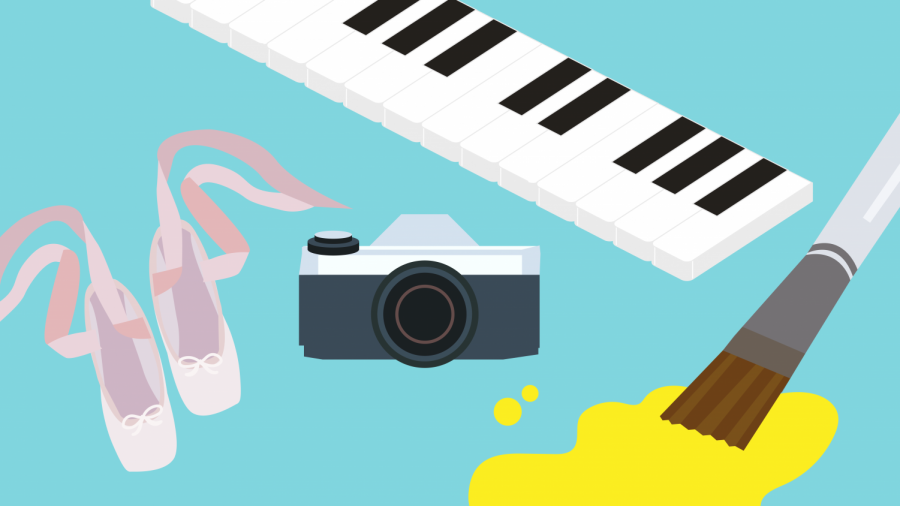 The world is full of critics and people wanting to shut you out. That’s all the more reason to make your art. (Staff Illustration by Susan Behrends Valenzuela)

Let’s face it: people are insecure. Between balancing the desire for social acceptance and putting forth our most authentic selves, we feel as if every decision we make puts our reputations at stake; we question whether our talents are good enough, if our images are different enough or when we will be cool enough. But who decides what is or isn’t enough?

While everyone experiences judgment, artists get the worst of it — their talents and personal choices are constantly being examined and dissected. With social media, fans — and of course, haters — can now troll creatives’ choices from the comfort of their futons, which are covered in Cheeto dust. Meanwhile, outside of the virtual world, artists are bombarded with criticism from magazines and people on the street.

Sure, such toxicity is part of being an artist, but it also influences some creatives to produce work that appeals to the broadest audience as opposed to what they find creatively fulfilling. Think about it. No one likes rejection. We want to feel love and acceptance. So when an artist receives hate, it feels personal — as if there is some sort of greater issue with who they are as people. Consequently, these feelings influence many artists to create too many songs about trucks, plays about star-crossed lovers and movies about mean teenage girls, because that is what sells.

On the other hand, don’t we remember the outliers who challenged the conventions of their artistic facets the most? Look at Pablo Picasso and cubism: critics despised his work, and yet his paintings decorate the walls of MoMA, Museo Nacional Centro de Arte Reina Sofía, Musée d’Art Moderne de Paris, and more. Toni Morrison fought to represent the Black experience in a whitewashed literary canon; with a net worth of 20 million dollars at the time of her death, Morrison’s novels fill people’s bookshelves around the world. In the music video for “Like a Prayer,” Madonna kissed a Black saint and burned crosses, but that did not stop her from selling 15 million copies worldwide.

If artists make safe choices, innovation does not occur. Without courageous creatives like Alvin Ailey Jr., Bong Joon-ho, Billie Eilish, Laverne Cox, Norman Lear, Mindy Kaling and many others, we would be trapped in a wasteland of homogeneous culture. Art is all about taking risks and expressing one’s genuine thoughts, emotions and beliefs, so creating something for the sole purpose of appealing to the widest audience feels contradictory.

With that said, now is the time for artists to trust their intuitions. They know if their talents are good enough, if their images are different enough or when they are cool enough. Art is about the work itself as opposed to ephemeral money, fame or appreciation, so who are we to use these measurements to determine which artist is the best?

So, to the artists reading this article: not everyone is going to like your work, and that is OK — art is meant to disrupt the mainstream. Use people’s disapproving remarks to fuel your passions and ambitions. Take a risk. Dye your hair that color. Sing that song. Bust that move. Write that lyric, set or line. Listen to feedback, yet trust your gut. But most importantly, be willing to endure the growing pains that come with transforming into the artist you want to be. Then — and only then — will you truly feel like enough.

A version of this article appears in the Monday, August 30, 2021, e-print edition. Contact Sasha Cohen at [email protected]