Scrambling to put together a last-minute Halloween costume? The Arts Desk has you covered with these costumes based on characters from some of our favorite movies. 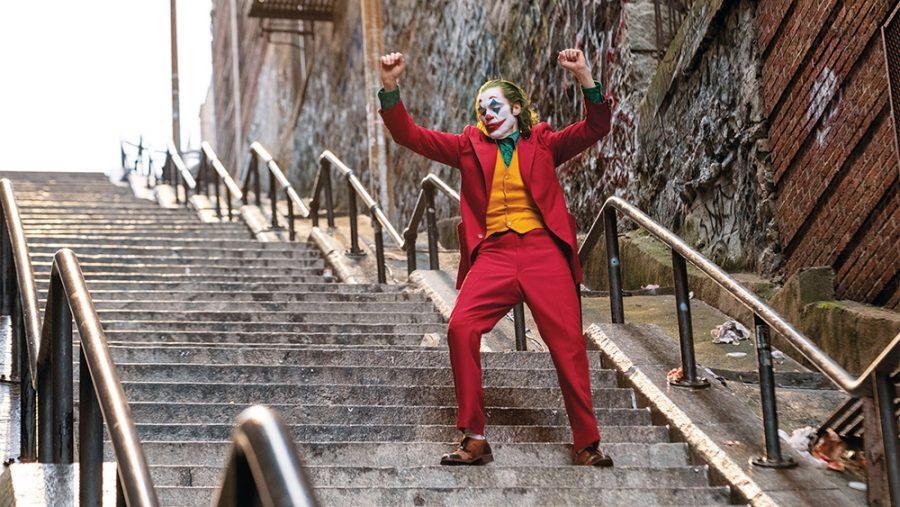 Be the ultimate dancing queen this Halloween in your very own Donna Sheridan costume from “Mamma Mia!”

Halloween planning can be stressful and midterms can leave people scrambling for costumes at the last minute. “Mamma Mia!” is a movie musical that is on almost everyone’s guilty pleasure list. I mean, who can resist Meryl Streep and ABBA on a scenic Greek island? Meryl Streep’s character Donna Sheridan is both iconic and the perfect costume idea for this Halloween.

The Donna costume is perfect for those who don’t want to blow all their money and need something simple to recreate. For the classic Donna look, all you need are overalls, a white flowy shirt and white Keds. These costume pieces can be found in your own closet already or at any local thrift store. The costume is also not too restricting, so it will allow you to party the night away while still being comfortable.

This costume is the perfect pick for someone who loves “Mamma Mia!” or is looking for a quick, easy costume to put together the day before. Plus, it gives you an excuse to jam out to ABBA without getting any questions. — Kaylee

If you’re looking for a costume on a college student budget, then look no further than the deep blue sea. Bikini Bottom, believe it or not, provides ample options. Construct a sandwich board out of two pieces of cardstock and a bit of twine, add notebook lines and write your groceries on the front for a terrifying haunted shopping list. Draw a crappy ghost on the back if you have time, I guess. If you’re the type to stay fashionable even on All Hallow’s Eve, then take a page out of SpongeBob’s book and go as the nautical phantom himself — the Flying Dutchman. A white sheet over top and chic, hand-carved wooden clogs will be the talk of the night. If you haven’t the time to carve, then simply put on a baggy sweater and grab a spatula — kitchen staple and the fry cook’s best friend — for a terrifying homage to the infamous Hash-Slinging Slasher. Have your friend throw on a Nosferatu mask and play with the lights for added effect. Just don’t be alarmed when the walls ooze green slime. They always do that. — Fareid

It’s a pretty easy costume to put together: just find any old cheerleader costume and finish it off with some fake blood. Written by Diablo Cody and directed by Karyn Kusama, “Jennifer’s Body” was panned upon its release in 2009. Recent years, however, have seen a slew of articles addressing the misogyny that was embedded in both its marketing campaign as well as its critical reception, and many have reclaimed the film as a cult classic. In a disturbing scene that is particularly resonant in the era of #metoo, Jennifer (Megan Fox) is sacrificed to Satan by an indie boy band, who laugh and triumphantly sing “867-5309/Jenny” as they stab her to death. It is this scene that turns Jennifer into the flesh-eating killer she is.

While the horror film was presumed to be geared towards teenage boys, Cody has clarified that it was meant to be “a commentary on girl-on-girl hatred, sexuality, the death of innocence and also politics in the way the town responds to the tragedies [of the bloody deaths of several young men]. Any person who dares to respond in an unconventional way is branded a traitor.”

Refinery29 called Jennifer a “feminist revenge hero who came too early.” With this costume, you can pay homage to a film that is only now getting the appreciation it deserves. You can also get your best friend to dress up as “Needy” (Amanda Seyfried).  — Julie

The main antagonist of Todd Phillips’ “Joker” movie apparently isn’t the insane, murderous clown that commits crimes. Rather, it’s the people, the city, the world that cruelly rejected Arthur Fleck at every juncture, turning him into … an insane, murderous crime clown.

Dressing up as the Joker himself is too predictable. Why dress up as one character when you can dress up as an abstract force? Society is the ultimate practical-yet-thought-provoking and not-at-all-pretentious costume that will take your spooky season to the next level. Your terrifying grip on social commentary will surely shock and awe your friends, as they murmur to themselves, “Maybe we do live in a society.” After all, there’s little that is more frightening than having to confront the horrors of simply existing on a day-to-day basis. The scariest part of all? You’re already wearing the costume right now. In fact, you’ve always been wearing it. And you can’t take it off. — Ethan