Students on the English major’s creative writing track point out the program’s strengths and offer suggestions on how it could up its game. 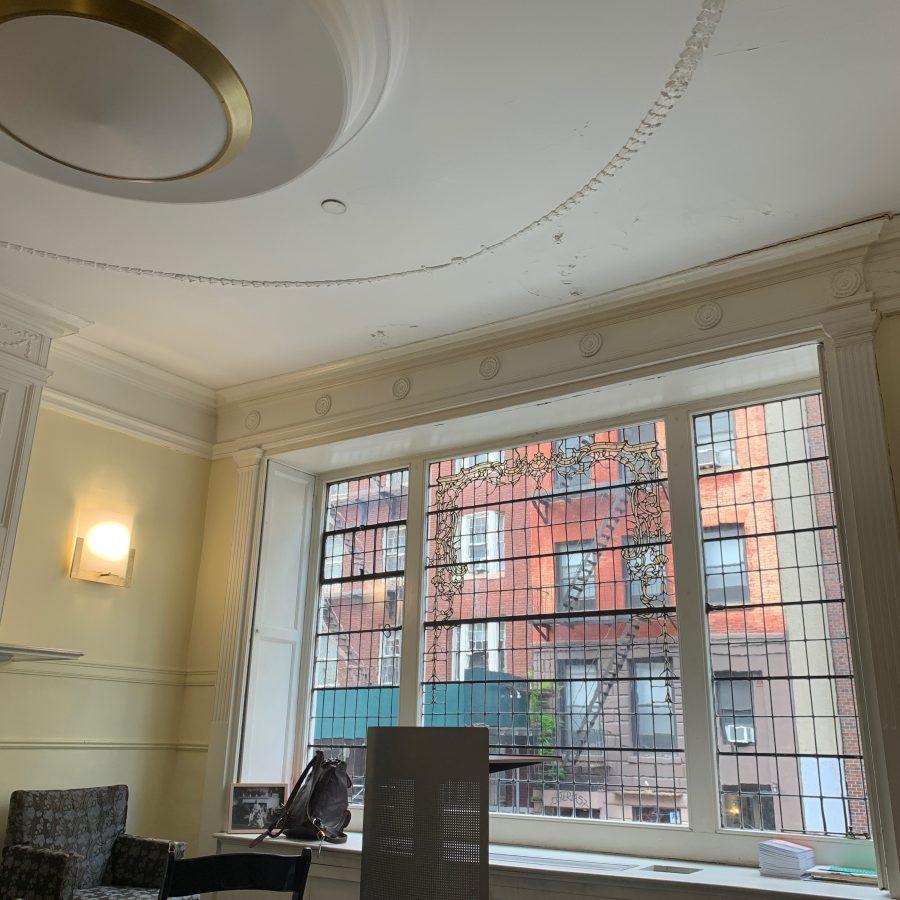 The home page of NYU’s Creative Writing Program is impressive at first glance. Prominently featuring a photo of a contemplative Zadie Smith and, just below it, an interior shot of the ever-charming Lillian Vernon Creative Writers House, the program promises world-class instruction in an intimate setting.

The MFA program consistently churns out critically acclaimed writers, such as recent graduate and Plimpton Prize winner Isabella Hammad, among many others, and makes the top five of MFA program rankings.

The undergraduate program ranks No. 3 in College Magazine’s September 2018 list of 10 colleges for writers, and No. 8 in The Adroit Journal’s 2019 ranking. An August 2019 PrepScholar blog post titled “The 12 Best Creative Writing Colleges and Programs” lists NYU as a 13th “bonus school.”

Alex Heimbach, the author of the post, wrote, “I didn’t include NYU in the main list because it doesn’t have a dedicated creative writing major, but it’s a great school for aspiring writers nonetheless, offering one of the most impressive creative writing faculties in the country and all the benefits of a Manhattan location.”

It’s possible that the lack of a distinct major is deterring otherwise interested young writers from choosing to cultivate their talents at NYU rather than the other schools — Emerson College, Emory University and Washington University in St. Louis, to name a few of NYU’s most direct competitors — included on such lists. WSN spoke to five students on the creative writing track about this, as well as the state of the undergraduate program overall.

Considering the international repute of the MFA program, a number of students felt that a major in the undergraduate program was not only warranted but also highly feasible.

“They wouldn’t need to change that much to make a major possible,” CAS senior Griffin Vrabeck said. “They literally just need to write it down on paper that it’s an offering, and then boom. They have all the classes, all the resources to make it happen.”

CAS junior Anastasia Foley said, “I think that the interest is there. And it would attract more students to the humanities department.”

Others found it a matter of allowing students the freedom to explore their passion, such as CAS junior Cassandra Rohr. “If someone’s life and blood is creative writing,” Rohr said, “they should be able to explore that path in its entirety.”

While torn on whether or not a creative writing major should be offered, CAS senior Leah Muncy defended the English major, pointing out the importance of an academic background in literature for aspiring writers as opposed to jumping straight to writing.

“It’s important to study the evolution of writing, which author or tradition you’re invoking if you decide to omit, say, grammatical rules or to mess around with the form,” Muncy said. “People sometimes don’t realize that the reason why certain literary works are considered ‘great’ is because the work was very much tethered to its time.”

She cited Allen Ginsberg’s “Howl” — a poem he famously read aloud at Washington Square Park in 1996 — as an example of a work which was innovative for the time, but wouldn’t cause a stir today.

“It’s not scandalous to write poems like that anymore,” Muncy said. “You’re not pushing the limitations of the form. Ginsberg did it first. The English major gives you the awareness that a creative writing major may not.”

CAS junior Noah Borromeo agreed, saying “I love that the department requires us to drench ourselves in literature,” but adding that the concentration, or potential major, “would benefit from more classes tailored toward writing and craft, aside from the workshops.”

“I’ve found that how well the class goes is more dependent on who is in the class, and less dependent on the actual professor or the program itself,” Muncy said.

A few students said that more selective classes, or simply some classes reserved only for those on the creative writing track, would give serious students an opportunity to work on their craft with more like-minded peers.

Vrabeck felt similarly, attributing what he sees as a lack of community within the program to the “lack of requirements for creative writing students,” as “there aren’t necessarily a lot of classes in which you’re surrounded only by creative writers.” The core classes of the English program — Literatures in English I, II, III and IV — on the other hand, are open exclusively to English majors.

Despite the lack of an official major, most felt that there was a community within the program so long as one sought it out.

“I’ve made some of my best friends from creative writing workshops, especially nonfiction workshops,” Muncy said. “People come in and they’re like, ‘Here’s a story about my sh-tty dad.’ So by the end of the semester, you know everyone’s trauma, all the ins and outs. You really just start rooting for each other.”

Foley, in reference to her experience with the Writers in Paris program — one of three eight-credit summer intensives offered, with the other two located in Florence and New York — said, “I think that people are willing to get to know others in the program, share their work, and be supportive of one another.”

Many of the students interviewed said they aspired to study in the graduate program — in fact, everyone that expressed an interest in an MFA named NYU’s program as their first, and often only, choice.

“Considering the staff and the fact that I’m never leaving New York, the NYU MFA is my top choice,” Borromeo said. “I pray that I get in.”

Every semester, the program offers a handful of undergraduate master classes, which require an application for admission and are taught by the program’s most acclaimed faculty — past instructors have included Rick Moody, Eileen Myles, Zadie Smith, Rachel Zucker and Anne Carson, to name a few.

“Everyone was such a genuinely good writer, and we all cared about writing so much,” Muncy said of her master class with Pulitzer Prize winner Jeffrey Eugenides. “You could tell that everyone just loved to be there, and we all respected each other immensely.”

“Professor Eugenides was the first writing professor I’d had who would tell something to you straight,” Muncy said. “He’d be like ‘This isn’t working. Your heart isn’t in this.’ He made my friend cry once, but after she was like, ‘This is the best thing that ever happened to my writing.’ After taking that class I was able to finally be like, ‘I’m a writer.’ I hadn’t had the courage to say that about myself before.”

This semester, the program is offering master classes with professors such as poet Nick Laird, winner of the 2005 Rooney Prize for Irish Literature, and Ishion Hutchinson, winner of a 2016 National Book Critics Circle Award and 2019 Windham-Campbell Literature Prize in Poetry.

Students all indicated that the faculty is generally excellent and supportive.

“The professors will offer you their time and guidance; they want you to get published and succeed more than anything,” Muncy said. “You have to dedicate yourself to writing, but the program will be there for you if you do.”

A version of this article appears in the Monday, Sept. 16, 2019 print edition. Email Julie Goldberg at [email protected]