The Arts Desk weighs in on some underrated hotties in the entertainment industry. 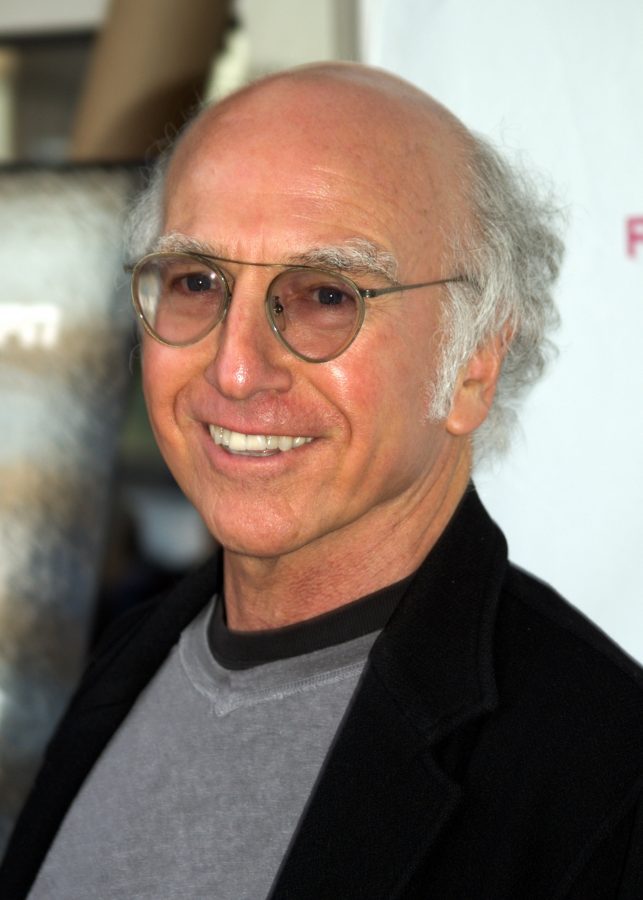 Larry David at a film festival in 2009. (Via Wikimedia)

Hot Girl Summer is ending and with so many unconventionally attractive additions to the Hot Girl Summer canon (Lizzo, Billie Eilish, Beto O’Rourke), we at the Arts Desk thought we’d take a moment to reflect on our own Hot Girl Summer picks. So move aside Margot Robbie, there are new sheriffs in town. And while all of these people exude hot girl energy, some picks are bound to surprise you.

Daniel “Daddy” Day-Lewis
You would be lying if you said that you didn’t at least feel a little something for Day-Lewis when you had to watch “The Crucible” movie in high school English class.  Ever since I first laid my eyes on Day-Lewis in “The Last of the Mohicans,” I knew he was the secret man of my dreams. From his long, flowing locks to his impassioned voice, I was hit by the arrow of love. As the years have passed, he has continued to deliver stunning performances, as well as staying gorgeous and luscious as ever. Day-Lewis has aged like a fine wine and anyone who disagrees should just watch him in “Phantom Thread” to soak in the beauty of his smooth sensuality and his refined silver fox looks. Even when playing President Lincoln, he brought that same passion and allure that made the 16th President exude true Hot Girl Summer energy. — Kaylee

D’Arcy Carden as Janet in “The Good Place”
As far as walking encyclopedias of the entire universe go, Janet is a stunner. She’s knowledgeable, unfailingly cheery and absurdly strong in a fight. She also has the power to create pretty much anything in an instant outside of our earthly realm, which is a fair plus. Watching the lovable not-a-robot gain her own humanity over the course of the series is nothing short of endearing and one can only hope she gets the happy ending she deserves when the upcoming final season concludes. All said, life after death doesn’t sound so bad if Janet’s around. Beware, though; she already knows every single one of your embarrassing secrets. — Ethan

Maggie Smith
Dame Margaret Natalie Smith embodies the best Great Britain has to offer. Born of a union between an Englishman and a Scottish lass, she synthesizes the greatest qualities of those old nations — regal and distinguished. From humble beginnings as an accomplice to a con-man in 1958’s “Nowhere to Go,” the Maggie train just kept on a-rolling. An enigmatic detective in “Murder by Death,” and a shapeshifting witch (if that’s your thing) as Professor McGonagall in the “Harry Potter” film series, she seems to have everything you could ever want. Even as a bum living outside of a young writer’s home in “The Lady in the Van,” this 84-year-old, six-time Academy Award nominee slays. It seems, ladies and gentlemen, that “The Prime of Miss Jean Brodie” has yet to end.  — Fareid

Larry David
“Larry David is no Megan Fox,” they say. “Ah, but you see,” I respond, “It’s the other way around: Megan Fox is no Larry David.” What David lacks in luscious hair and scintillating curves, he compensates for with self-deprecating humor and a radical self-awareness. And while Larry David has probably never heard the term Hot Girl Summer, I think we can all agree that his confidence and self-acceptance helped pioneer it. Really, what David has done is beyond impressive. Not only has he exposed his deepest inadequacies and neuroses on national television for nine (almost 10) seasons of Curb Your Enthusiasm, but he’s made people fall in love with him throughout every single episode. Sure, he’s not the suavest man out there, but he admits it. He shows you everything; even down to the most embarrassing detail. For this, we must be grateful. Without Larry David, there would be no Hot Girl Summer. His chutzpah is an inspiration to us all. — Claire

Shaggy Rogers (animated version only)
Okay, hear me out. He’s got a dog. He’s got an endless supply of snacks. He’s definitely over six feet. And that green v-neck? I can’t resist. If Shaggy went to NYU, he’d be the skinny drummer of a lo-fi indie band. And I would definitely take the train to Queens to see him play. He’s a total hippie, and even goes vegetarian for a while (the first cartoon character to follow a vegetarian diet) — an environmentally conscious king. Yes, he may be a bit of a dead weight sometimes, but when his friends really need him, he pulls through. Remember when he successfully prevented Dr. Phineus Phibes from achieving world domination? That was hot. Bottom line: I’d shag shaggy any day. In other words: I’d scooby dobee DO him. He’s a total lovable coward. I even love his weird, whisker-like goatee. Unfortunately, much of his appeal is squandered by the fact that he uses the word “zoinks!” in earnest. — Julie