Review: ‘Happy Hour’ by Marlowe Granados is a triumph for the literary party girl

Granados’ debut novel is a glamorous and gritty testament to the possibilities of summer in the city. 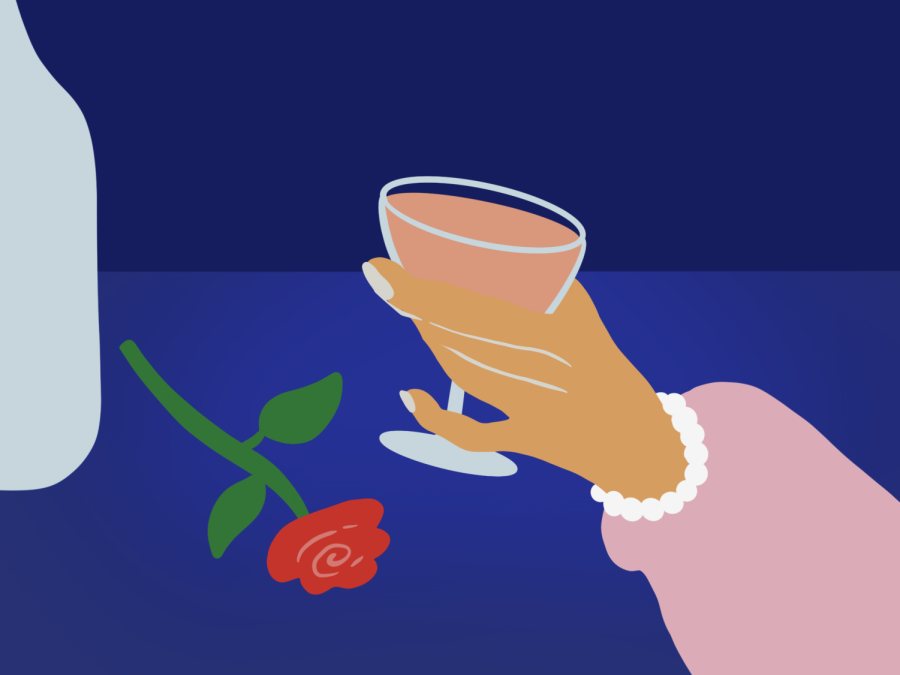 Like many young readers in the early 2000s, my mom raised me on Kay Thompson’s iconic “Eloise” books that feature the eponymous 6-year-old living in the Plaza Hotel. I devoured Eloise’s cheeky personality and her unsolicited frankness about room service, Dior and New York’s inhabitants. Her affinity for such decadent leisure can be attributed to a handful of other literary girls strutting about New York City, and perhaps why I, as a now-adult reader, am drawn to Isa, the lead of Canadian writer and filmmaker Marlowe Granados’ debut novel “Happy Hour,” for her similarly observant and mischievous nature.

“Happy Hour” follows Canadian 21-year-old Isa as she moves to New York with her best friend, Gala. Seeking only to experience the city, the girls dedicate themselves to mingling and partying. Many of their peers attempt to climb corporate ladders and establish careers, but Isa and Gala only make ends meet in order to support their hedonistic lifestyle. The girls have an acute awareness of what makes up the “good life” — upscale clubs, hors d’oeuvres, aristocratic crowds — and how their keen understanding of overly feminine, effortless confidence is the ticket to join in the fun.

What they lack in legal working visas and cash for groceries, they make up for in snappy charm, well-connected company, and the shamelessness to pursue unorthodox methods of funding like selling feet pics and working at a weekend market. These ventures are fueled by a dedication to a mortifying diet of cheap hot dogs and free drinks from generous men.

The novel does a brilliant job of capturing the sparkly mood of New York City summer soirees and devil-may-care youth without forcing overplayed tropes. Written in diary entries with a transatlantic tone, Isa’s voice is so self-assured and distinct that, at times, “Happy Hour” feels like nonfiction. Granados’s writing calls to mind the on-your-toes thrill of a lively FaceTime catch-up with your most bon-vivant friend as they update you you on their enviable escapades. There’s no traditional plot structure that drives the novel, but its honest portrayal of the lived realities of city girls — arguing about rent, sharing clothes, and connecting each other to networking opportunities — is equal parts gritty and glamorous.

The real star of Granados’ writing is her lavish and detailed depiction of hedonism — a facet that’s both Gatsby-esque in its allure and unique to an easily misunderstood literary trope: the party girl. The literary party girl is marked by supposedly malicious pursuits of gold digging, social climbing and escapism-fueled debauchery. The quintessential party girl, Truman Capote’s Holly Golightly, was not spared from the consequences of her trope. In literature and history alike, the aesthetics of female indulgence are almost always hand-in-hand with impending doom, but their male counterparts rarely see a similar downfall. The most overindulgent of historical party girls, Marie Antoinette, is iconicized for her brand of opulence and its causal-effect link to the guillotine, yet her equally imperial husband isn’t the cultural symbol of a “let them eat cake” attitude.

The literary party girl is simplified to her veiled sadness and the vices by which her impending doom is defined. But why can’t girls just have fun because they want to have fun?

Instead of just witnessing Isa and Gala’s destruction, the reader is given the opportunity to root for the duo and their pursuit of good-natured fun. Granados conjures up literary party girls without setting them up for colossal disaster. The two dedicate themselves to an endless cycle of relishing New York City and flirting with strangers, but still making sure they get home safely. The novel is hedonism without deterioration.

While the narrative teeters on wholesome, it’s far from naive. “Happy Hour” makes addressing wealth, grief, sexism and race essential in the conversation through the protagonists’ out-and-about lifestyles. The consequences and subjugation these women face as a result of their debauchery is subtly implied when reading about their dates gone wrong and the casual racism thrown in Filipina Salvadoran Isa’s way. Granados’s writing feels like it’s saying “if you know, you know.”

Cut from the same cloth as the New York City party girls that precede her, Isa joins the likes of Eloise and Holly in making a case for shamelessly embracing feminine frivolity and all the doors it opens. “Happy Hour” dissects what it means for young women to carve a place for themselves in the modern world while navigating how to have their cake and eat it too. As Eloise once said, “Of course, getting bored is not allowed, so I go to as many parties as I possibly can.” Isa might just live by the same principles.

“Happy Hour” is available online from Verso or wherever books are sold.