Both in and out of class, learning about immigration in Paris elevated my study away experience and made my trip more interesting than the average tourist's. 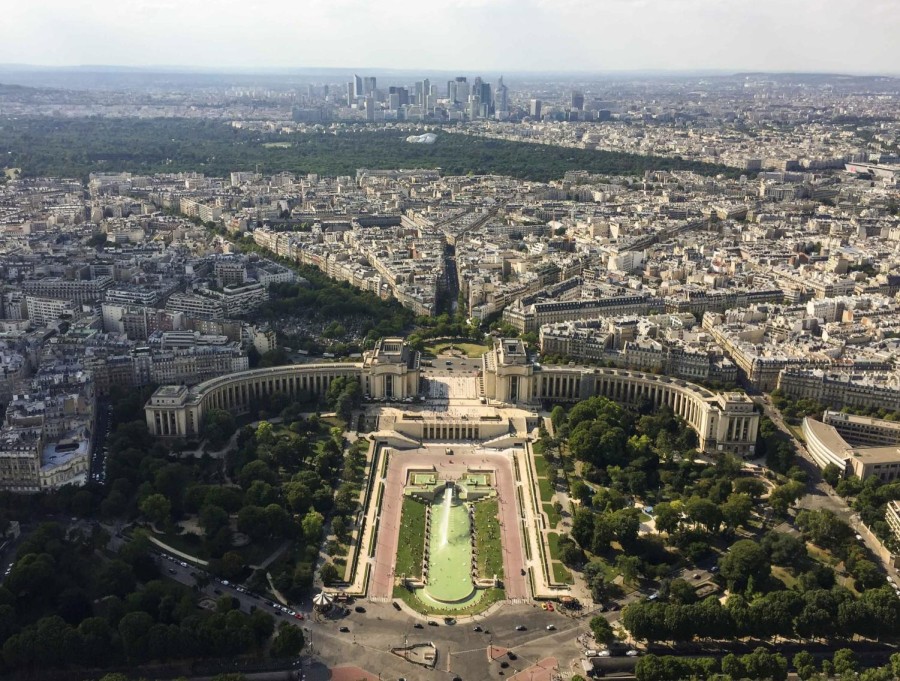 A view of Paris, France from the top of the Eiffel Tower view deck. (Staff Photo by Camila Ceballos)

PARIS — Before I came to Paris for my semester abroad, I rewatched Woody Allen’s “Midnight in Paris” to prepare for my semester away in France. It only strengthened my impression of what Paris is: Pablo Picasso, F. Scott Fitzgerald, the Lost Generation, “A Moveable Feast,” the Seine River, the classic Haussmann architecture. All together, they formed my impression of Paris and its culture.

Four months have passed, and my understanding of Paris has changed drastically. Through classes and field trips in the city, I was introduced to one of the more contemporary topics of Paris: immigration. Reflecting on my semester here, I realized that learning about the history and issues surrounding immigration brings Paris out of its romanticized movie image and provides me with more of a holistic view.

Since many classes offered at NYU Paris touch upon contemporary issues in French society and culture, I was able to learn about immigration through my France and Islam class with Professor Renée Champion. The class covers subjects such as France’s colonization of Algeria, its Muslim immigrants, cultural interactions between the Islamic world and Europe and more recent topics such as refugee movements, the Charlie Hebdo attack, Muslim identity and Muslim experiences in the secular French republic. As an international student at NYU, immigration and racial issues always concerned me when I was on the New York campus. Now, I’ve gained insight into France’s attitudes toward immigration, race and religion.

Apart from delving into immigration through academics, a multitude of other mediums exist for exploring the topic. If you just want to have a brief look into the immigration history in France without the burden of GPA and assignments, then the Musée national de l’histoire de l’immigration (Museum of the History of Immigration) is the go-to place. Interestingly, the museum was first established as a place for colonial exhibitions but later turned into a museum dedicated to immigrants in France. Though now it is supposedly intended to represent and recognize the nation’s immigrants, its colonial past makes these claims controversial. The museum’s permanent collection includes photographs, artworks and objects from contemporary immigrant artists.

Another way to immerse yourself in the local immigrant culture is going to Quartier Belleville. Back when I first arrived in Paris, I visited Belleville in order to buy authentic Chinese food and groceries as a cure for my homesickness. The neighborhood is home to one of the two Chinatowns in Paris, as well as a multi-ethnic community where immigrants have lived since the late 19th century. Some of the predominant immigrants are German Jews, Algerians, Tunisian Jews and Asians. Belleville is now considered a place that stores the city’s memory of immigrants and a vibrant community famous for its street art and rich cultural history. Even today, it attracts settlements of new immigrants and artists. Visiting Belleville will surely enrich your study away experience in a way that most tourists tend to overlook. Sign up for a walking tour with NYU professors in the neighborhood, or just go there to try different foods when you crave something other than French cuisine.

Immigration is inextricably embedded in the fabric of Paris, and ignoring its existence inhibits your ability to fully immerse yourself in your new Parisian study away site. After a semester of learning about the history behind Parisian immigration, I truly feel closer to the city than ever before.