Students note a lack of support and resources at global sites

For study abroad students to make the world their campus, some students feel NYU needs to provide the proper resources and communication to better ensure their safety, education and mental health abroad. 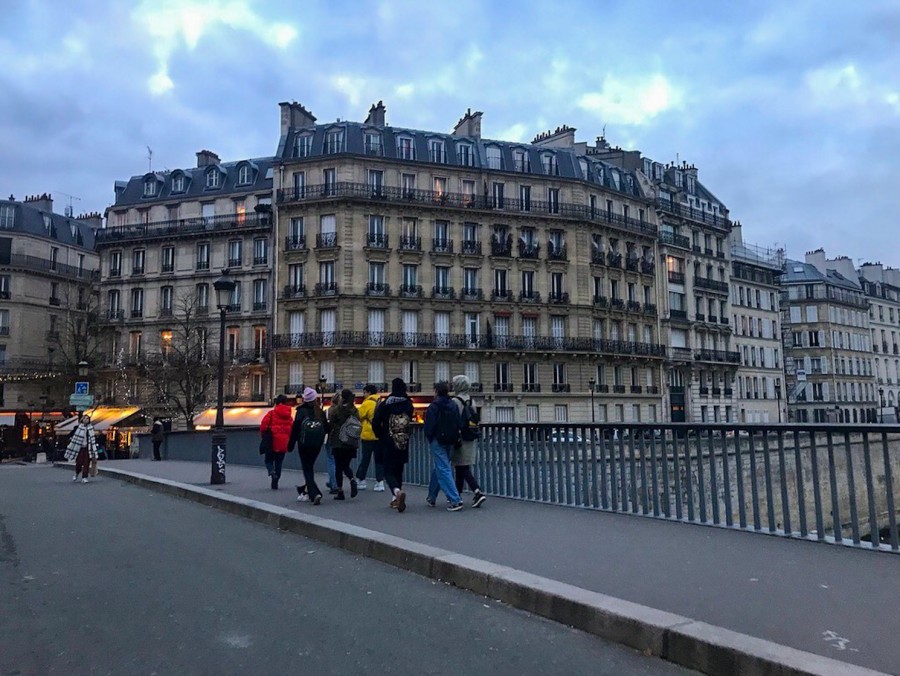 NYU Paris is one of NYU's 14 global academic centers. Some students studying abroad feel that NYU has not done enough to support students at global sites during the COVID-19 pandemic. (Staff Photo by Suhail Gharaibeh)

PARIS — NYU promotes its three degree-granting campuses and 12 study away sites to students by claiming that the world is their campus. But as much as NYU seeks to make its global sites a home for study abroad students, many feel that, especially given the impact of the COVID-19 pandemic, there is not enough support for those who decide to study away.

“I think a lot of study abroad students, myself included, feel like they are drifting through the system without any guidance or plans,” GLS junior Rachel Gordon said. She spent her first year at NYU Paris before being sent home due to COVID-19. Online schooling consumed her sophomore year, and she decided to return to NYU Paris for her junior year, making it the only NYU campus she had actually attended.

“I feel like we all needed that freshman intro that we never got,” Gordon said. She reached out to Liberal Studies Dean Julie Mostov about resources for LS students studying in New York City for the first time later in their college careers, but she never received any plans to follow up on her concerns.

“Why isn’t NYU asking the students ‘What can we do to help you feel supported?’” Gordon said. “It’s just like things returned to normal, but we’re not normal, and we realize that the normal system would not work for us in this time period.”

Some Global Media Studies study away students in Steinhardt’s Media, Culture, and Communication program have felt a lack of support. Steinhardt sophomore Larry Gu originally applied to NYU intending to study abroad in Paris and Shanghai, an option the GMS program offers to fulfill its study away requirements. However, this upcoming fall, all GMS students intending to study abroad in Shanghai have been redirected to the Buenos Aires campus; otherwise, they risk being expelled from the program. While Gu was able to defer his GMS requirement to his junior spring semester, he noted that the option to defer was never stated in GMS communication to students wishing to study abroad in Shanghai.

“I had to jump through these hurdles to get what I actually wanted,” Gu said. He said the lack of communication and clarity puts the onus on the students to single-handedly coordinate their study abroad plans without much guidance or advising.

“They did the right thing by allowing students to defer their GMS but I definitely think there should be more support,” Gu said.

Furthermore, many students feel that the lack of support for study abroad students extends to the resources given to sites like NYU Paris, and the degree to which these sites can actually utilize these resources for students.

LS sophomore Liz Klehr has felt that the lack of clear and consistent communication from NYU had left her disoriented since arriving at the NYU Paris campus.

As a peer mentor, Klehr was meant to arrive in Paris a week earlier than other study away students to undergo intensive training. Instead, she was only able to arrive shortly before move-in day and received only three Zoom sessions to help her support both other students and herself — all in the midst of moving to a new country with a language barrier.

“I am just one of the many faces of the students that feel left behind in the NYU system,” Gordon said.

Amid easing COVID-19 restrictions and countries opening their borders, many students are quickly applying to study at NYU’s global sites. But NYU has yet to fully show up for its present students, many of whom have seemingly felt disconnected from NYU’s resources while abroad. Students are grateful for the opportunity to study abroad, but their gratitude does not detract from the work NYU needs to do in order to ensure their safety, education and mental health.