Review: ‘One Way or Another’ exposes the phoniness of so-called revolutionary men

Sara Gómez’s “One Way or Another” is part of the MoMA’s “To Save and Project,” a film series devoted to showcasing the latest in film preservation. Gómez’s film expertly documents Cuba’s ongoing crusade to align its citizens with the aims of the revolution. 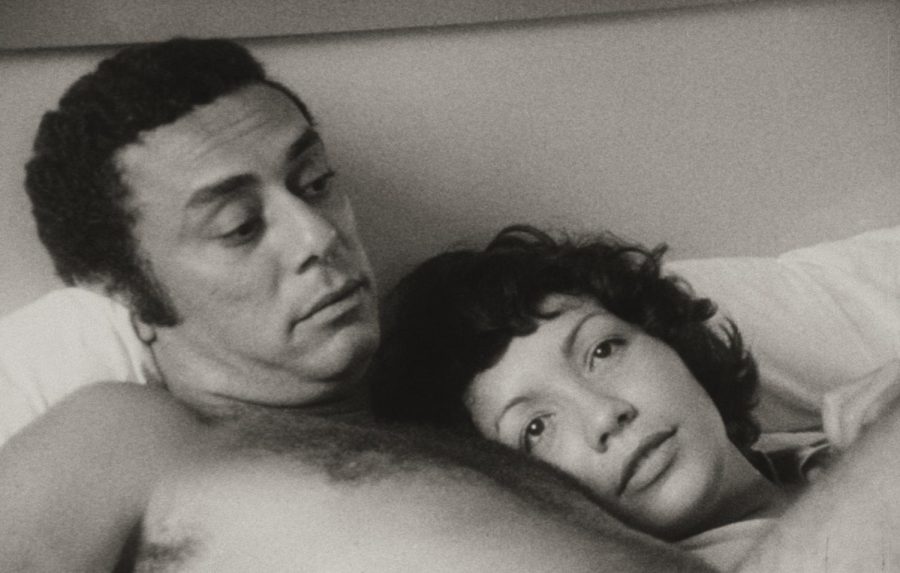 Mario Balmaseda and Yolanda Cuéllar are seen lying in bed during a scene from the Cuban film “One Way or Another.” This film was recently preserved by MoMA's “To Save and Project.” (Courtesy Arsenal – Institut für Film und Videokunst)

Sara Gómez’s “One Way or Another” offers a feminist critique of the Cuban revolution that unmasks the so-called revolutionary qualities of the “new men” who supported the cause. Her film, originally titled “De cierta manera,” is currently playing as part of “To Save and Project,” an annual film series conducted by the Museum of Modern Art devoted to screening recently restored movies.

Gómez energetically stitches together documentary footage with a fictional narrative about Mario (Mario Balmaseda), a middle-aged Cuban man. The resulting amalgam is a biting counternarrative to the high ideals of the Cuban revolution. “One Way or Another” shows the reality of Cuban culture circa 1977, using film as a trampoline to reassess the failing reforms of her nation.

Gómez documents the construction of the Miraflores housing development, part of a governmental program to build new housing for those living on the margins as a result of unemployment before the revolution. She interrogates how the replacement of pre-revolutionary customs cannot be brought about by new buildings and new words. “One Way or Another” argues, through its cinematic grammar, that such a grandiose task requires a focused approach from Cuban educators to dispel the ways of old.

Yolanda (Yolanda Cuéllar), a teacher working alongside children from previously impoverished communities, becomes the audience’s guide to the frustrations of Cuba’s attempts to instill the values of the revolution among its previously destitute citizens. Gómez deftly captures Yolanda’s mounting anxieties as her unruly students ignore her lessons. She depicts Yolanda’s constant quarrels with 8-year-olds who cannot grasp concepts such as collectivism, as well as the many breaks she takes to gain respite from her rage-inducing pupils.

Cuéllar brings a scintillating quality to her performance through her witty remarks and angular strut. It is no surprise that Mario rapidly falls in love with Yolanda, riveted by her capacity to see past his Casanova persona, chew up his words, and spit them back at him with acid cleverness.

This is where the trouble begins. Mario, a phony revolutionary who would rather spend his days slacking off and playing dominoes with his co-workers than work, does not seem to understand that there’s a new head of state who will not tolerate his lollygagging. He also cannot wrap his head around Yolanda’s devotion to educating riotous children. In his desperate attempts to convince her to play hooky with him in bed, he comes face-to-face with a model citizen who scorns him for not taking his job — and his commitment to the transformation of Cuba — seriously.

Mario is baffled. He is a man of tradition, a man’s man who could not possibly put his own needs below the needs of the nation. Gómez, having crafted one of the most accurate representations of a male leftist ever filmed, destroys the holy image of “el hombre nuevo” peddled by Fidel Castro and his comrades.

Gómez not only sees the pervasive hypocrisies that riddle the men of post-revolutionary Cuba — she records them on film so nobody can deny that things still have to change. She uses the documentary format to criticize the residue tradition and incite novel action, imprinting truth on celluloid and calling out the buffoonery of men who think they can comfortably lay back on the cushions of Cuba’s communism.

Lost for too long, “One Way or Another” resurfaces as a beautiful restoration, resuscitated through a transnational web of film alliances involving everyone from Cuba’s Instituto Cubano del Arte e Industrias Cinematográficos to Berlin’s Arsenal, an appendage of Germany’s Institute for Film & TV. It reminds film-goers that constant renovation and interrogation reside at the heart of progress. Sara Gómez’s one and only feature film is a treasure of cinema, a transparent record of an aggrandized revolution, and a true example of cinema absorbing progressive ideals to realign viewers toward critical political action.