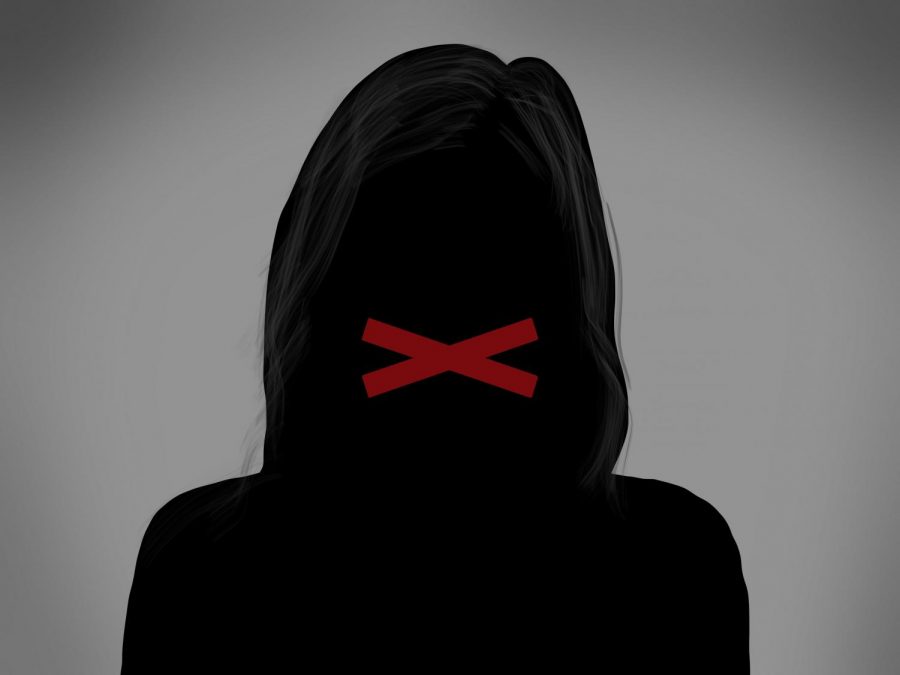 The death of #vanlife influencer Gabby Petito and the disappearance of her boyfriend Brian Laundrie has captured national attention. The tragedy of the story is underscored by its underlying issues of mental health and domestic dispute. (Staff Illustration by Manasa Gudavalli)

The case of Gabby Petito, a 22-year-old who was found dead in Wyoming last Tuesday, went viral on social media after she was reported missing on Sept. 11. The #vanlife vlogger had been traveling cross-country with her fiancé Brian Laundrie and documenting their journey on YouTube and Instagram. Since Laundrie returned home alone to Florida on Sept. 1, he has refused to discuss Petito’s whereabouts. He was named a person of interest in her disappearance on Sept. 15 and has not been seen since Sept. 14.

Petito’s disappearance quickly became a media sensation as her story unraveled in real time, trending on Twitter, Instagram, Reddit and, most of all, TikTok. Amateurs developed a true crime-style obsession, dissecting the details of her social media pages and grasping for potential leads.

Analysis of the sensational case has focused on discussion of the internet’s role in the investigation and backlash against the disparity in attention given to Petito compared to missing women of color. Overlooked in the coverage, however, is how her story underscores the necessity of a dialogue on domestic violence and the police system’s failings in de-escalation.

Prior to Petito being declared a missing person, she and Laundrie had been reported to the police for a domestic dispute. On Aug. 12 in Moab, Utah, a witness dialed 911 after seeing Laundrie slap Petito twice and Petito punch Laundrie’s arm. Their conversation had been heated. “Why do you have to be so mean?” Petito said, according to a witness.

When police stopped the couple’s van near Arches National Park, body camera footage showed a calm Laundrie and a distressed Petito. While Laundrie tried to flee the scene, he spoke with ease. He laughed and fist-bumped the officer, describing his fiancé as “crazy.” Petito, on the other hand, was in a state of constant despair, hyperventilating and crying.

Eventually, police classified the situation as a mental health crisis. They determined Petito to have been the aggressor and left her in the van while Laundrie was given a lift to a free hotel for the night. In late August, the couple was seen engaging in another incident, leaving a Wyoming restaurant with Petito in tears and a hostile Laundrie arguing with staff.

Since then, several experts have criticized the officers’ approach to the dispute. This case’s significance, however, extends past any individual culpability. It highlights a clear lack of standardized law enforcement policy and informed domestic abuse training.

Not only do states share no standard legal definition of intimate partner violence, there is also no standard policy on mandatory arrests. Given the complex dynamics of how intimate partner violence can present itself — including manipulation, self-defense, bidirectional violence and the interplay of stereotypes — it is crucial to establish more nuanced, precise law enforcement training and policies around domestic violence.

Until substantial police reform is enacted, cops may not even be suited to handling these situations to begin with — at least not without the support of domestic abuse crisis workers. As detailed in an article by The Cut, interstate inconsistency is not the only issue with mandatory arrest policies. Although they received prominent support from women’s rights advocates since the 1980s, these policies may unintentionally reinforce biased interpretations and lead to unintended consequences.

By pushing police to make snap decisions in pinpointing aggressors and victims, the assumed aggressor in one incident may have no avenue for support — regardless of whether they had been the victim in the past. When an officer called a domestic violence shelter seeking refuge for Petito, she was refused a night’s stay because she had been labeled the aggressor.

Though there is no single resolution to the shortcomings of current domestic partner violence policies, Petito’s case is a chilling reminder of the urgency of legal reform and the necessity of consulting crisis experts.