In light of this semester’s string of serial gropings, serious changes must be made to NYU’s sexual harassment policy. 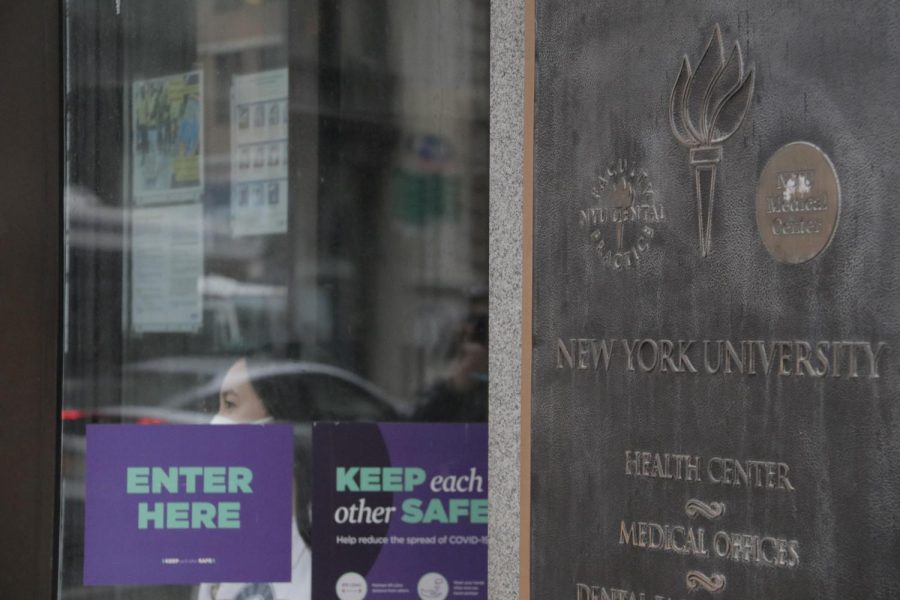 The wait time to mental health support at NYU Student Health Center may be up to a month, an issue for student victims of sexual assault. Sexual assaults of NYU students on and off campus have been the center of discussion and prevention. (Photo by George Papazov)

The recent attacks by a suspected serial groper who sexually assaulted 10 people, including four NYU students, bring attention to the need to reevaluate community safety and justice on campus, especially for survivors of sexual violence. Although the suspect was arrested and is now in police custody, he was still able to assault multiple students on or near campus, causing concern and distress to many. The pervasiveness of sexual violence on college campuses in the United States is well-documented and warrants concrete action from university administrations, beyond mere adherence to Title IX guidelines.

NYU’s sexual misconduct policy is designed to “comply with applicable legal requirements” of the Title IX regulations and other legal provisions and acts. It prohibits discrimination on the basis of sex and allows students to file formal complaints through the university’s Title IX coordinator. According to composite data reports from NYU and other New York college campuses, however, underreporting to Title IX offices is rampant. In 2019, NYU registered 200 total complaints from a student body of over 50,000, even though that year 26.4% of undergraduate women reported being victim to non-consensual sexual contact in a survey by the Association of American Universities.

In a survey from Know Your IX, a political advocacy group, 39% of survivors reported experiencing a “substantial disruption to their education” as a result of filing complaints through Title IX. NYU students specifically have reported feeling retraumatized and described school policies as a “bare bones operation.”

The frequent emails regarding groping incidents risked retraumatizing survivors. As mandated by the Clery Act, NYU is required to alert students via email when security incidents occur. However, as WSN previously reported, some students felt that the alerts of campus gropings were unnecessarily triggering and upsetting. NYU should place content warnings on email announcements regarding sexual violence to protect the mental health of our student body.

Retraumatization is also a very real possibility for many as survivors endure investigations, hearings and court actions, requiring improvements to the reliability of the Student Health Center. Past WSN reports have revealed long wait times at the SHC, with some students waiting up to a month for an appointment. This situation hurts survivors who rely on safe and welcoming mental health support.

In addition to improved on-campus support, survivors must also be protected from certain members of the university community. As soon as possible, NYU should fire professor Avital Ronell for sexually harassing one of her students from 2012 to 2015. NYU cannot condemn sexual misconduct while continuing to employ a professor who used her position of power to exploit a student. Refusing to fire Ronell suggests that sexual harassment is condoned at NYU so long as it is perpetrated by powerful figures.

NYU should accept Know Your IX’s proposal that the university set time limits of 60 calendar days for internal sexual harassment and misconduct cases, barring extreme circumstances. It is essential for the university to avoid long, drawn-out cases that can be incredibly traumatizing to survivors. Additionally, the deadline sets a healthy sense of urgency to any sort of investigation,  incentivizing investigators to move swiftly. Government investigators understand the importance of protecting the mental health of survivors, though this deadline is unfortunately not formalized within Title IX. NYU’s research misconduct policy already has a deadline of 60 days for preliminary investigations — that same urgency must be maintained in its sexual misconduct policy.Emotionally taxing investigations should be expediently concluded in the service of mental health and accountability.

Given the recent sexual assaults of multiple NYU students on campus, conversations reevaluating Title IX and NYU’s sexual misconduct policy are more urgent than ever. It is incumbent upon the administration to take more steps in fostering an environment for safety, accountability and justice. Offering meaningful alternatives to survivors, strengthening existing mental health resources and streamlining reporting processes are all effective measures NYU can take to make students feel safer on campus.

A version of this article appeared in the Monday, Sept. 20, 2021, e-print edition. Contact the Editorial Board at [email protected]