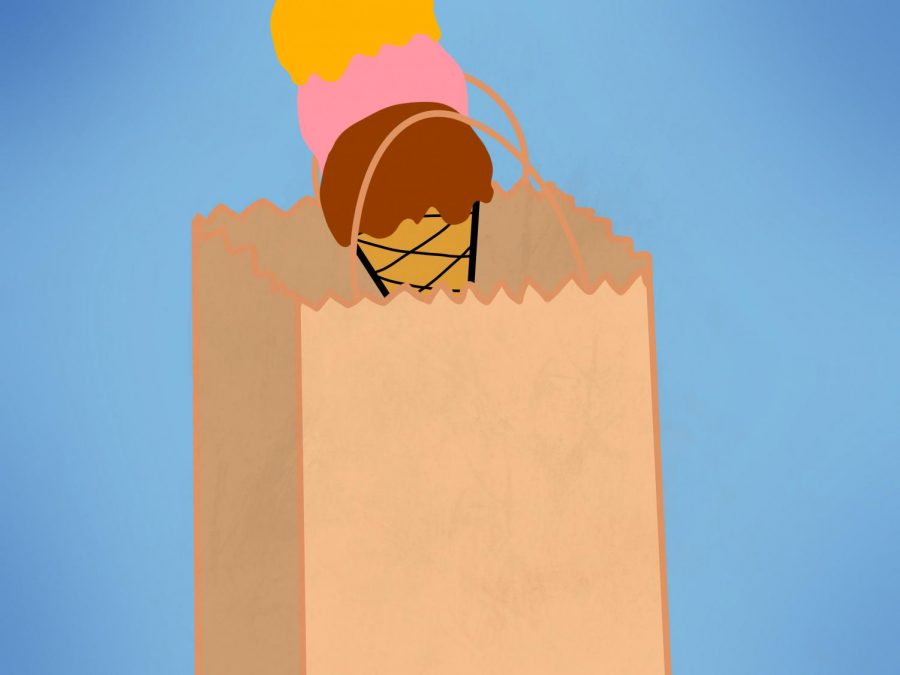 We all scream for ice cream. NYU Alumni created their own brand of the popular desert to support the AAPI community in the city. (Staff Illustration by Manasa Gudavalli)

Amid the economic and social turmoil of the pandemic, starting a business is a daring venture — especially just a few months after graduating college. But these risks didn’t stop Debbie Tanudirjo (Steinhardt ’21) and Liz Margaretha (CAS ’18) from co-founding Sundae Service Creamery, an online ice cream company specializing in Asian flavors, in hopes of providing comfort to New York’s Asian community.

The idea bloomed when Tanudirjo received an ice cream machine as a birthday gift during the pandemic. At the time, many shops and restaurants were closed or lacked the flavors she was seeking.

“I was really craving ice cream at that time, and CVS didn’t have Asian flavors,” Tanudirjo said.

Tanudirjo began experimenting with different ingredients that would remind her of the flavors of her home. It didn’t take long for her to realize that her new hobby could become an entrepreneurial venture.

“Ice cream makes people happy, and I like making people happy,” Tanudirjo said. “I wanted to bring joy to people during the pandemic.”

After honing their marketing and brand strategies with NYU classes like Innovations in Marketing, the two created Sundae Service Creamery.

In addition to replicating flavors that offer a taste of home, Sundae Service Creamery gives back to the local Asian American and Pacific Islander community. In the first few months of operation, the business donated to Grameen America, a nonprofit organization that helps women in poverty become entrepreneurs. Furthermore, the sisters empowered Indonesian individuals who lost their jobs during the pandemic by employing them as Sundae Service Creamery delivery drivers. When hate crimes against the AAPI community surged throughout the city, Sundae Service Creamery began donating to SafeWalks, a local app protecting elderly AAPI individuals by providing them with escorts.

“We are Asian and [the attacks] hit home … we wanted to do what we could even though we’re a small business,” said Tanudirjo.

Since its founding, Sundae Service Creamery has attracted almost 2,000 followers on Instagram and often sell out of their weekly deliveries. The founders are currently working with manufacturers to expand their operations, with the goal of eventually featuring their flavors in stores throughout the city. But for now, be sure to check out the Sundae Service Creamery website to see if they’re delivering near you.