Playstation just gave away a bunch of games for free, and you should play all of them

With the continuation of Sony’s “Play at Home” initiative, our Video Game Editor reviews some of the games that users can add to their collection. 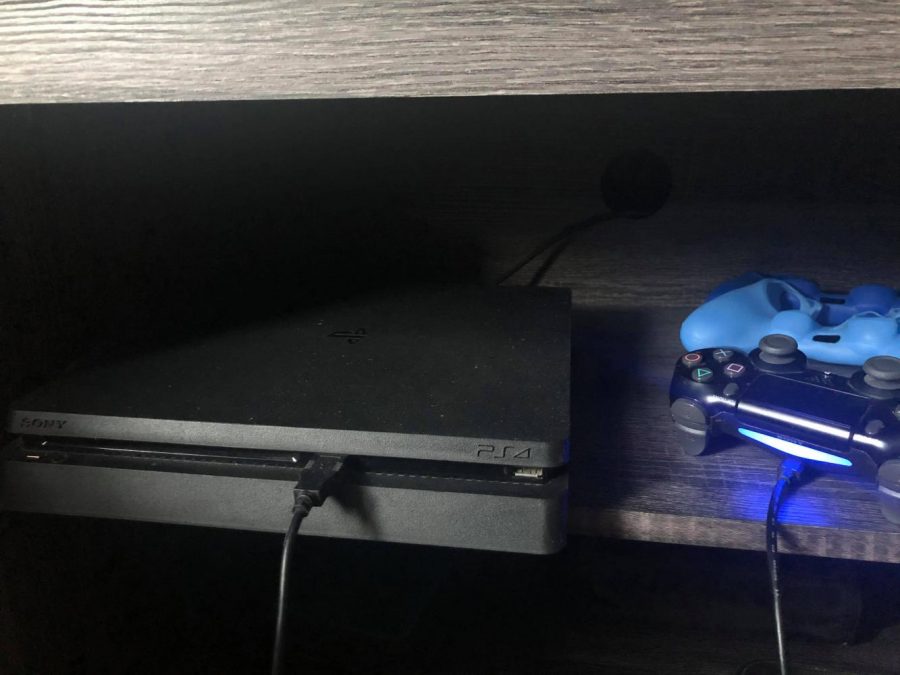 Playstation owners are now able to obtain free games that are playable on the PS4, PS5, and Playstation VR exclusives. Sony is continuing its "Play at Home" initiative to help people combat the second year of the pandemic. (Photo by Shy Mitchell)

As we begin the second year of the pandemic, dread, boredom and anxiety continue to eat away at all of us. In order to combat this, Sony decided to continue its “Play at Home” initiative. For all Playstation owners, this means selected games can be downloaded for free regardless of whether they have a Playstation Plus subscription or not. With titles playable on the PS4, PS5 and Playstation VR exclusives, there’s something for everyone in this carefully curated ensemble of single-player fare. I played every one I was able to without owning a Playstation VR headset.

The first AAA game to be given out this year —“Horizon Zero Dawn” will follow —  developer Insomniac’s third-person action-adventure game is a lighthearted romp through cartoon space that feels like a contemporary animated feature. While its story doesn’t quite reach the emotional heights of a Pixar movie, there’s some fun to be had with “Ratchet & Clank.” As the game revels in its ridiculous nature, the constant platforming and shoot-em-up gameplay loop is satisfying enough. From a grenade that turns into a disco ball, causing enemies to dance involuntarily, to a gun that turns them into sheep before exploding, “Ratchet & Clank” recognizes its silliness. There’s a fair bit of replay value, as fully upgrading every weapon and finding every secret takes more than one playthrough.

There’s a reason this game managed to outlive the survival game craze that swept the gaming landscape in the early to mid-2010s. Stranded on an alien world following the destruction of their starship, the player must survive and prosper as they await rescue. What makes “Subnautica” stand out , however, is that the vast majority of gameplay takes place underwater. As the player crafts new and better equipment from resources available in the ocean outside their escape pod, the game provides such a natural feeling of progression. Rather than cryptic nods to where to go next or what resources they need, “Subnautica” effortlessly guides the player to their next goal. With base building, straightforward crafting and sprawling exploration, “Subnautica” is perhaps the gold standard for the first-person survival game genre, offering dozens of hours of aquatic escapism.

Devolver Digital, an indie darling within the video game community, almost never fails to deliver nowadays, and “Enter the Gungeon” is a prime example of the distributor at its best. Players control one of four characters as they traverse a, well, “gungeon.” Roguelike and incredibly challenging, players are never met with the same gungeon in this ever-shifting maze. The game capitalizes on its firearm-based concept, as literally everything in the dungeon is gun-related, from its shell-based currency to its human-sized anthropomorphic bullet enemies. Drawing inspiration from almost every facet of media history, “Enter the Gungeon” is also loaded with references to classic TV, film and video games. With even more items and enemies, one of “Enter the Gungeon”’s best qualities is the constant discovery of ludicrous tools that can be added to the player’s disposal.

“The Witness” is perhaps the most eloquent video game I have ever played. The premise is obscenely simple: The player wakes up on an island and must solve puzzles in order to find out why they’re there. They must solve grid-style mazes, drawing a line from one corner to another on a square screen. The difficulty lies in how these mazes can be solved. As they venture to each of the island’s different areas, new parameters are introduced to the simple mazes. While one puzzle may have the player connect dots on a grid before finishing the maze, another may have the player looking at the branches of a nearby tree behind the screen to reveal the path they must take.

All of this is done through implicitly teaching the player how to go about solving its hundreds of mazes. There is no text whatsoever to guide them. This non-verbal relationship between the developer and the player leads to such an organic feeling when solving puzzles, leading to an “aha!” moment almost every time a maze is completed. With beautifully designed puzzles rivaled only by the environment which they inhabit, “The Witness” is the perfect example of how interactive media can be employed to create an experience that could not exist any other way.

If you ever played “Rhythm Heaven” on your Nintendo DS under the blankets while your parents thought you were sleeping, this is the next best stress-inducing rhythm experience. Through its eight levels, players guide a chrome scarab beetle on a rail through an abstract sci-fi world, defeating aliens enmeshed in a psychedelic environment. Rather than having to press buttons on cue, “Thumper” demands perfection from its players, having them perform elaborate combos and syncopated actions in order to stay on the path. With a soundtrack just as intense as its gameplay, the odyssey of its insect protagonist is brutal and unforgiving, but incredibly satisfying when perfected.

Another rhythm-esque title, “Rez Infinite” offers visuals akin to Thumper, but packaged in a game that is more accessible. A remake of the 2001 title, now made primarily for Playstation VR, players control their avatar as they venture through an evil computer. Equal parts third-person shooter and rhythm game, “Rez Infinite” offers vaporwave-like visuals and simple enough gameplay that may draw in even the most cynical members of its audience.

Interestingly enough, these games don’t feel like something that should be handed out for free, they’re full-on experiences that showcase some of the best that Sony has to offer. With COVID-19 cases rising yet again, Sony’s initiative makes it easier to combat the mental fatigue and boredom caused by the pandemic. While it may have been nice to have some multiplayer fare in order to give players a virtual environment to socialize in, the assortment of exceptional single-player games give a good enough reason to “play at home.”