Exploring what the reopening of Broadway means for fans of theater in New York City. 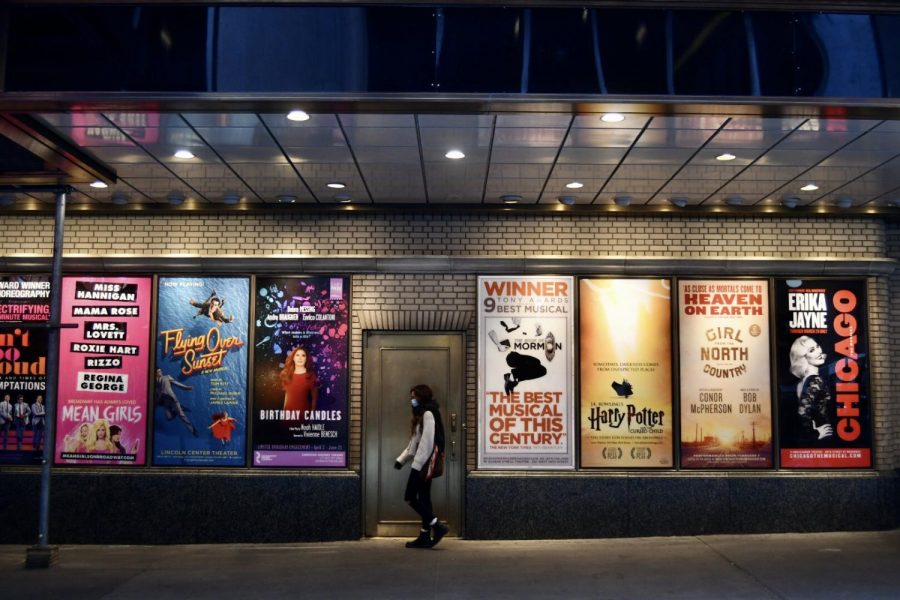 The Ambassador Theater is located at 219 W. 49th St. Starting April 2, 2021, entertainment and arts venues that hold less than 10,000 people will open at 33% capacity, allowing select Broadway theaters to open their doors next month. (Photo by Sheridan Smith)

Oscar Wilde said it best when he stated, “I regard the theatre as the greatest of all art forms, the most immediate way in which a human being can share with another the sense of what it is to be a human being.” Since Broadway theaters have been closed since March 12, 2020 due to COVID-19, the personal connection has been lost.

This is the longest period in history that performing arts venues have remained closed in new York. Through this emotional rollercoaster of a year, I miss going to the theatre to lose myself in a play for a few hours and reflect on the human experience.

During the pandemic, actors and other members of the performing arts community have streamed live virtual musicals to raise money for The Actors Fund in an effort to keep theatre alive. The Actors Fund not only provides financial assistance to those who need it but also aids people in the entertainment industry find affordable housing, obtain health insurance, navigate healthcare and more.

Without access to theaters, members of the performing arts community have displayed incredible ingenuity by staging wondrous performances online and utilizing new platforms like TikTok to share their art.

The Actors Fund introduced virtual theater productions to raise money for their organization. Some examples include “Ratatouille: The TikTok Musical,” “The Sorcerer’s Apprentice” and the Ed Asner Family Center table reading of “It’s a Wonderful Life.”

After the many recorded and live-streamed performances, it looks as though the spotlights will brighten the stage once again. New York Governor Andrew Cuomo announced his plan to reopen Broadway theaters in his press conference on March 3, 2021.

“The overall effort is headed towards reopening with testing. And we’re going to be smart, but also aggressive about it,” Cuomo said. “You can open a Broadway stage with a set percentage of occupants, where people have tested prior to walking into that Broadway theater.”

Please continue to support those in the performing arts, for their lives have been deeply affected and changed by the COVID-19 pandemic, like the lives of millions of others throughout New York.