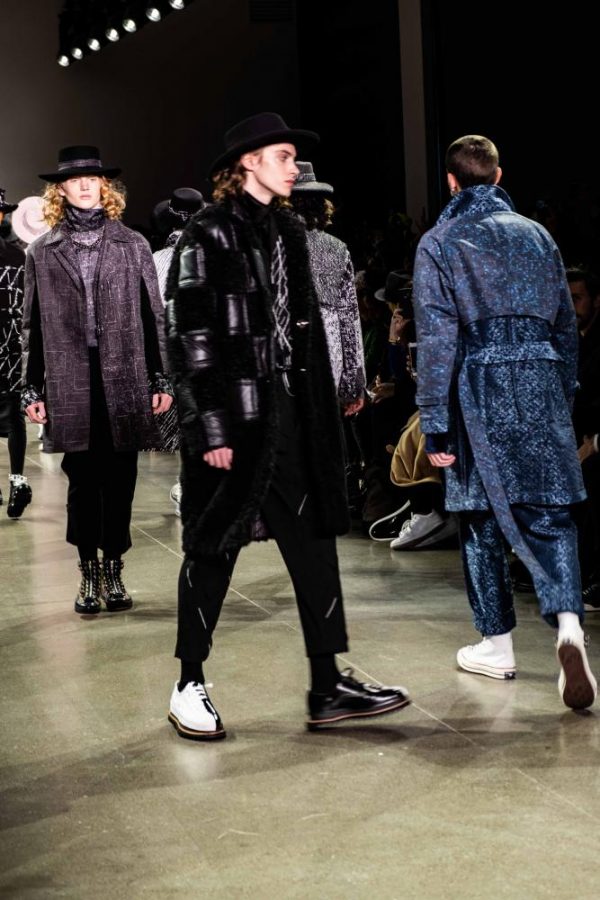 Before the show, the eerie whistling tune Twisted Nerve by Bernard Herrmann, synonymous with Quentin Tarantino’s martial arts film Kill Bill Vo. 1, filled the room. As the lights came up, the music switched to a more upbeat tune. Designer Justin Yu-Ying Chou’s aesthetic reflects the dichotomy between both traditional and modern as well as eastern and western cultures every season. With each collection, he tries to convey heavy symbolism through extremely unique looks.

This season, the Taiwanese streetwear designer stayed true to his roots of western streetwear and traditional Oriental sensibilities through various colorful, creative looks. The color scheme included bright violet, hot pink, royal blue and mustard yellow. In addition to this variety of colors, there was also a lot of play with patterns and fabrics in this collection. Asymmetry and innovative silhouettes can also be found in all of Chou’s collection and this season’s collection was no exception. The use of layering in almost every look created dimension as well. Many of the looks were paired with chic, flat brim hats that matched the tone of the looks. Overall, Justin Yu-Ying Chou hit the mark in his blend of classic, traditional culture and modernity.