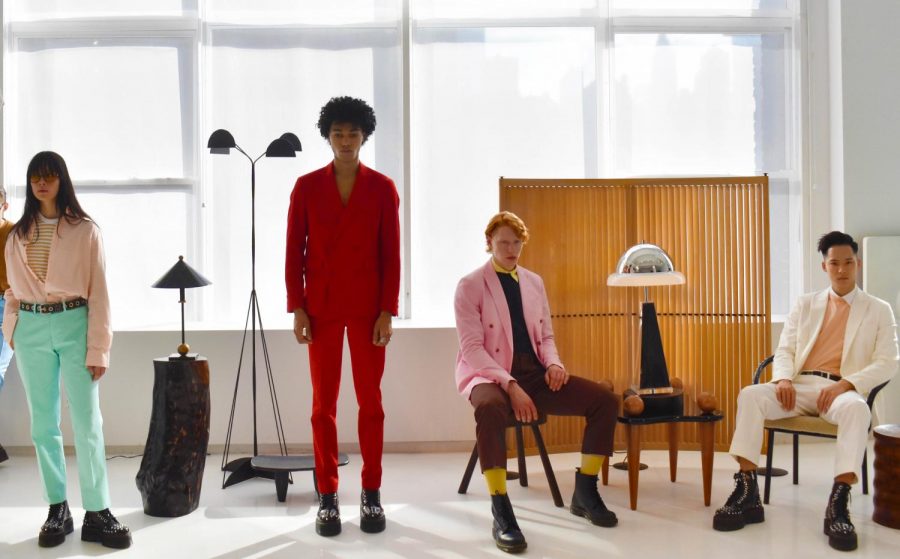 Upon entering the venue, “Stephanie Says” by the Velvet Underground was blasting. As Timo Weiland described, his idea behind this collection was a downtown, eclectic take on uniform dressing, something that he tries to infuse in every collection. Weiland also described that the designers (himself, Donna Kang and Alan Eckstein) are just a group of DJs and their friendship also played a large part in creating this collection.

The show was comprised of 10 classic looks. The diverse group of models each sported a sleek suit and a pair of Dr. Martens, which added a hint of punk to the timeless looks. In addition to chunky Dr. Martens boots, black studded belts also contributed to the slight punk vibe. An array of colors were used from pastel pink and mint green to bright red. The layering of t-shirts and sweaters also gave the looks dimension and novelty. The hair, makeup and accessories were very simple, which allowed the actual designs to be the center of attention. Overall, Timo Weiland’s collection was a fun, fresh take on uniform staples.