Students and alumni of the university talk loans and the school’s hefty price tag. 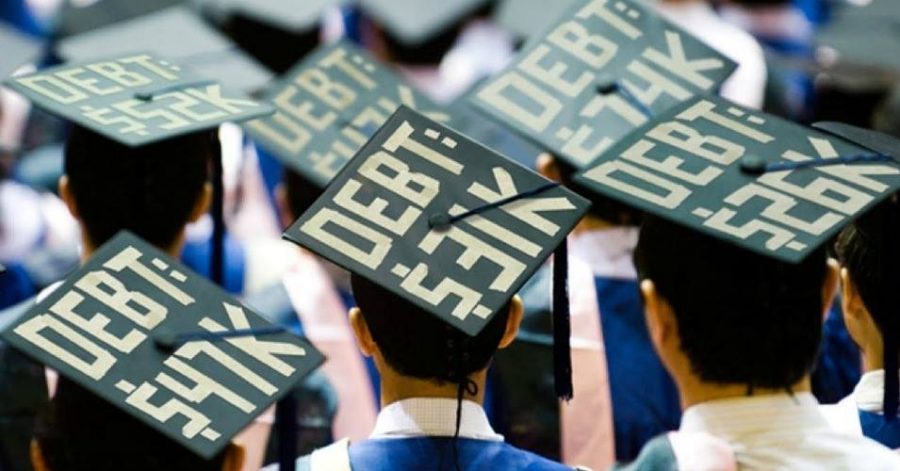 A lot of students suffer from heavy debt burden for student loan. (Via Facebook)

Phillip Youmans was 17 when he started production of his feature film “Burning Cane,” 18 when he submitted it to Tribeca Film Festival as an NYU first-year and 19 when he became the first black director to win the best U.S. narrative feature. He is the youngest director to ever be featured at the festival.

The would-be NYU sophomore student’s film — which made the New York Times Critic’s Pick list — premiered on Netflix on Nov. 6. But Youmans doesn’t credit NYU for his successes.

Currently on a leave of absence as he travels the world with his film for festival premieres in Canada, Iceland, the U.K. and more locations, Youmans is unsure whether he’ll return to film school. He is already $40,000 in debt for student loans from his first year.

“We’re still shooting with still frames and Canon DSLR when we’re paying near $80,000 a year,” Youmans said. “To be taking stills? It opened my eyes to how much like a business this college feels sometimes.”

Youmans’ issue is that if he chooses to drop out, he will be expected to pay back his loans within a much less forgiving time frame. He must now choose between pursuing his career full-time along with a heavy financial burden or returning to school with an even greater debt but more time to pay it off.

NYU has long been one of the most expensive private universities in the United States. College Factual reports that a third of undergraduate students at NYU take out federal loans. Meanwhile, 62% of NYU students come from the top 20% of the income bracket but only 6% come from the bottom 20%, according to the New York Times.

“The one-size-fits-all design of the NYU film school kind of messed me up when it was time for the festival,” Youmans said. “I was trying to scramble to get my film ready for exhibition in a theatre, and because I had no money, I was at the mercy of other people’s schedules. I tried to communicate that to NYU and to my professors, and while I got a lot of congratulations emails, I also got a lot of simultaneous Fs on my transcript.”

Youmans isn’t the only NYU student who is now second-guessing their decision to take out loans to attend their dream school.

CAS senior Jessica Sharan, a 21-year-old studying neuroscience, has taken out $25,000 in loans so far. She made that decision as an 18-year-old, when NYU was her dream school and living in the city seemed possible only by taking on debt.

“Seeing how it’s added up financially, it doesn’t feel as worth it to me anymore,” Sharan said. “It’s kinda scary. I don’t think NYU cares a lot about its students’ financial situations, or they would give out more aid, scholarships and resources to us.”

According to 2019 CollegeBoard statistics, NYU met 65% of need, with 12% of students having their full financial needs met. A study by One Wisconsin Institute reports that it takes an average of 21.1 years to pay back the student loan debt accumulated from earning a bachelor’s degree.

But financial burden doesn’t seem to significantly prevent prospective students from applying. The university received over 84,000 applications for first-year fall admissions in 2018, almost twice the number as they had 12 years ago.

“We know there are times when students and families find paying for college a hardship,” university spokesperson Shonna Keogan said in a statement. “We wish we had far more money to provide for scholarship aid. But, we do a good job of making financial information available, we do a good job of graduating students we accept, we have expanded our scholarship budget, we have mechanisms in place to help those who face new financial hardships, we have succeeded in restraining the increases in the cost of attending NYU, we are more economically diverse than our peers, and our graduates go on at high rates to good jobs with good pay.”

Many think that NYU’s price tag is a worthy investment due to the value of its brand. The university boasts 96.6% of students working or furthering their education within six months of graduation. The private university has a great international reach and an NYU degree can lead to opportunities far beyond the city.

“Having NYU on your resume definitely means something,” said Stern sophomore Yug Chauhan, who studies finance and computer science. “Tuition is only $52,000 I believe, which is not abnormally high for a private school. The rest is lifestyle cost which varies very heavily from person to person and can definitely be adjusted.”

Maria Escoto met her husband while pursuing her master’s at the NYU College of Dentistry, a degree that caused her to accumulate about $250,000 in loans. Now 52, she and her husband own their own dental practice in Miami. She credits NYU for much of the good in her life today.

“There was a huge difference between what I learned as a dentist in the Dominican Republic and what I learned at NYU’s program,” Escoto said. “When my patients see my NYU degree — that I am very proud of, I actually have it on my wall — they often come in and say, ‘Wow, you’re an NYU graduate, that’s awesome.’ I think it made a huge impact.”

Some students feel that they won’t know whether the financial risk is worth it until after they graduate. According to a study by Opportunity Insights, about 3.6% of students from low-income families at NYU become wealthy adults.

CAS senior Shraman Sen is a 21-year-old who has taken out over $75,000 in loans and expects to go another $25,000 deeper into debt by the time he graduates. Ever since moving to the city, leaving has seemed unfathomable to him — even after he found out last fall that he needed to take out loans to continue at NYU.

But Sen is now unsure of his decision. In order to feel like his degree and the accompanying student debt are worth it, he needs to know what his future will hold. He believes the value of his degree is contingent on the success, financial or otherwise, that he reaps in his career.

“If I go along the path I’m going — getting my master’s, which will put me in additional financial burden, getting a good job, then eventually getting my ultimate job — then I don’t even mind if I’m paying it off well into my 30s or 40s,” Sen said. “That is, if it all works out.”

A version of this article appears in the Monday, Nov. 11, 2019, print edition. Email Aashna Agarwal at [email protected]