L is for Lesbian

[because what else would “L” possibly (!) stand for] 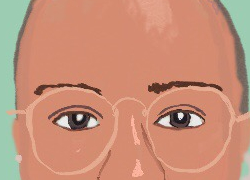 A lesbian is a woman who loves another woman. Supposedly. And then it gets complicated.

Can a lesbian be someone, who isn’t a woman, who loves women? Who is a woman, anyway? Are lesbians just people who have vaginas and prefer to have sex with those with vaginas? Having a vagina doesn’t make you a woman, though. Or a lesbian?