The Student Labor Action Movement held a discussion on Nike’s poor treatment of workers in Indonesia and urged NYU to sever ties with the company. 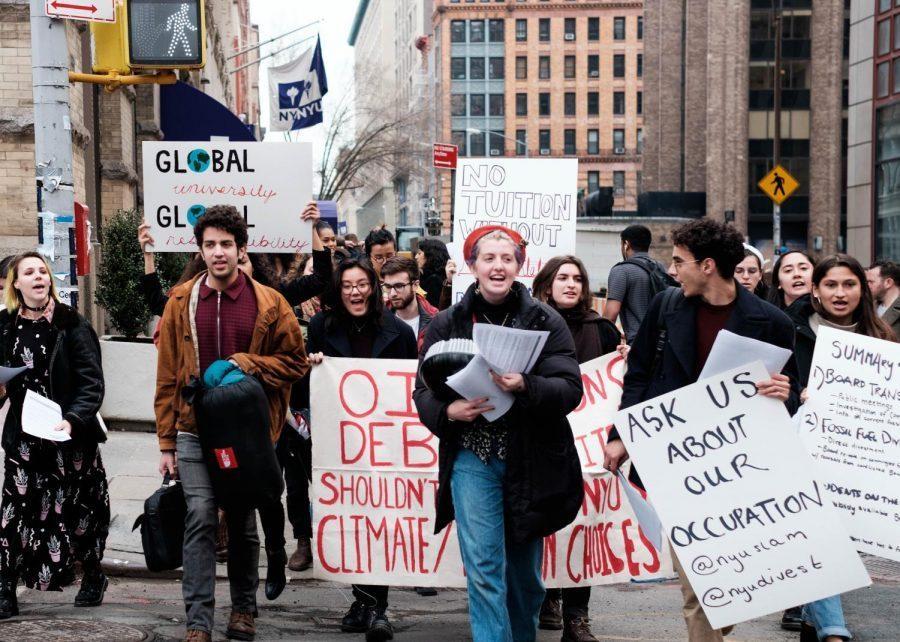 Student activists discussed at an event on Thursday Nike’s mistreatment of workers following the company’s withdrawal from Indonesia and decision to provide minimal or no severance pay to Indonesian workers in 2011. Two Indonesian union leaders scheduled to speak at the event — Linda Ratnasari and Siti Chasanah — were unable to attend after the State Department denied their visa applications, according to SLAM members.

The student organizers instead presented the stories of Ratnasari and other workers through video and audio clips, all a part of the Nike Women Truth Tour, organized by the United Students Against Sweatshops, of which SLAM is a chapter.

Activists said that the visas were denied on the basis that the leaders were unable to establish proof of return. The rejection is part of a larger trend of the government denying entry to citizens of Muslim-majority countries.

Their testimonies and the workers’ demands began since Nike started to pull its production from Indonesia, endangering the jobs of about 30,000 workers. The speakers stated that the company has not provided adequate severance pay to workers.

“Grant us severance, following the laws and regulations for Indonesia,” several workers shown in a video montage demand.

The activists also discussed NYU’s involvement with the brand in selling its apparel. Since the fall 2017 semester, Nike also provides uniforms and gear to NYU’s athletic teams.

“We want to continue to amplify the workers and the work they’re doing that produces our university apparel,” a member of SLAM said.

Nike has been known to grossly underpay workers in Indonesia in the past. Nike has said that it requires its factories to pay the local minimum wage.

In an audio clip, Ratnasari described how a co-worker was admonished for coming in late to work despite arriving at 6:30 a.m., half an hour before her shift was due to start. She also recalled being told she had “no brain,” and that she and her fellow workers were “kinds of animals.”

“We make Nike apparel for your university,” the workers in the videos say, “We are facing mass termination.”

NYU is a member of the Worker Rights Consortium, a labor rights monitoring organization that has previously run campaigns against Nike in 2001, 2010 and 2015, that pushed for the sports apparel company to fairly compensate workers and allow for independent factory inspections.

“We believe that Nike is not in accordance with the WRC’s standards due to its decision to pull out of Indonesia and the dangerous, inhumane and anti-union work environments the corporation fosters,” the organization’s flyer from the event reads.

The speakers condemned the university’s ties to Nike and called for action.

“Our university must demand Nike provide severance to the workers who have yet to receive the wages that they are owed,” Gallatin junior and SLAM member Stephanie Rountree said. “If not, our university must sever our licensing contract.”

LS sophomore Adrian Brillantes-Stepper appreciated hearing about the issue from the perspective of the workers themselves.

“I think the most important part of the presentation was to center the voices of the workers themselves and to let them control the narrative of their liberation and their struggle,” Brillantes-Stepper said. “And I think the organizers did a great job of that.”

SLAM and the Asian American Political Activism Coalition plan on taking further action to work to sever ties between Nike and the university. They declined to comment to WSN.

Stern sophomore Kelsey Tsuchiyama was moved by hearing the first-hand account of workers.

“We hear a lot about Nike and sweatshops and stuff,” Tsuchiyama said. “But I thought this was more powerful because we actually see the people behind the stories and we hear their personal struggles with it.”