‘Transit’ Is a Bumpy Ride That Still Bores

Officially selected for the New York Film Festival and the Toronto International Film Festival, the German film is a fascinating character drama that is let down by a poor script. 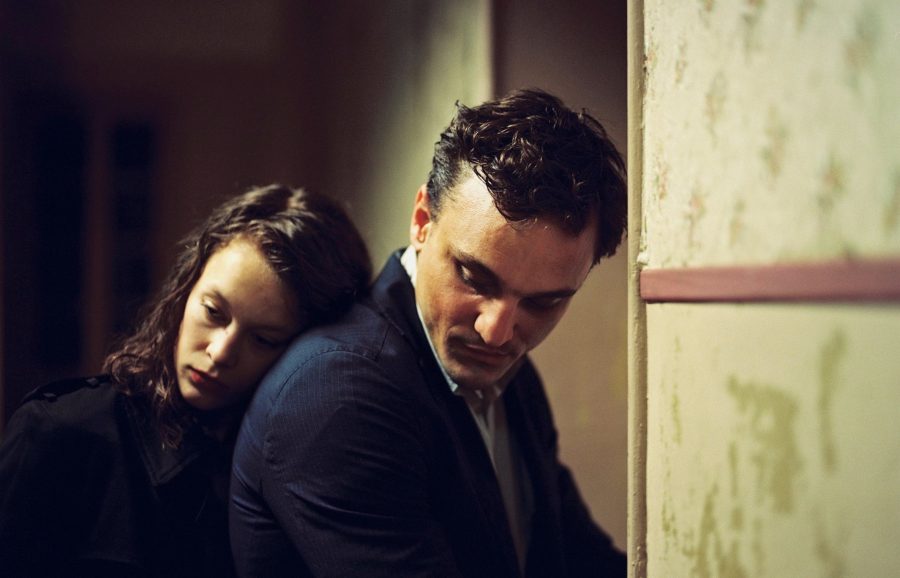 Like its title suggests, “Transit” is mobile, unable to find solace in any one mood, setting or genre, oscillating back and forth between being an interesting character drama, a bland romantic melodrama and snoozing historical commentary. Directed by Christian Petzold, the film is anchored by some good performances and weighty themes, but ultimately does not live up to its strong premise.

Based on Anna Seghers’ novel of the same name, the film is set in Nazi-occupied France and revolves around a German refugee, Georg (Franz Rogowski), who tries to escape to Marseilles with the transit papers of a dead author, only to fall in love with the dead man’s wife, Marie (Paula Beer).

Though set during World War II, the film is filled with small anachronisms that betray its period setting. Minute details — from the aesthetic of clothes and cars to the full design of cafes, shipping yards and hotels — are all off-putting, seemingly placing the film in the modern day. Some historical films comment on the present by illuminating errors of the past and showing how those mistakes have persisted. Petzold has decided to strip away the conventional barrier between past and present, instead filling modern spaces with 1940s vernacular and social issues. While his approach is certainly ambitious, it is still difficult to adapt to these inconsistencies as they can initially confuse and pull the viewer out of the film.

Even the film’s opening scene is full of contradictions. Amid wailing sirens, we zone in on a somber Georg, who has become accustomed to the violence around him — he is focused only on his papers. Another early scene shows Georg delivering mail to a hotel, where he finds the recipient dead in a pool of blood in a bathtub. This could have led to an elaborate, potentially more pulpy mystery — instead, Georg is indifferent, more disappointed that he will probably not get paid for the job, making for a more enigmatic character choice. Rogowski portrays the hollow man well, and even physically looks gaunt, being as empty as the life he is forced to lead. Georg’s search for everlasting relationships and an abode is futile. His only mission is to survive, and the only way to do that is to keep moving somewhere.

The historical imbalance is further heightened by the film’s focus on refugees, one choice that aids Petzold’s approach. The displaced people are constantly having to move from one place to another, and their real homes and relationships to one another cannot be easily defined in the film.

In one scene, refugee and architect (Barbara Auer) asks Georg to join her for a meal since they live in the same shelter. But once they begin eating, the architect prohibits Georg from speaking with her. She only wants his presence to add some normalcy to her day, to enliven the facade of a stable life she so desperately wishes for. The interaction is strange but saddening, as neither is capable of having a mundane experience.

But not all his directorial risks land. While Petzold takes many creative liberties from the source material, he unfortunately adheres to Seghers’ words in the most irritating way: narration. The narration is bland and is mainly added to relay what is already being shown on screen, thus rendering itself unnecessary. The droning monologues only serve to bog down a film that is already suffering from pacing issues. For all his big ideas, Petzold has trouble executing them smoothly.

Moreover, not all the characters are as well-written as Georg or the architect. Marie, played by Beer, earlier seen in the Oscar-nominated “Never Look Away” and who is undoubtedly the strongest performer in the cast, was especially wasted. She spends most of the film chasing the ghost of her dead husband but is given very poor dialogue. Her chemistry with Rogowski is also mediocre — every scene of their melodramatic romance lagged compared to the more intense sociopolitical story that Petzold opened the film with.

Ultimately, “Transit” is more interesting to dissect than it is to watch. Petzold’s ideas are fascinating and some of the performances are great, but the cast and director fail to rescue the underwhelming script.