After asking for help from his classmates, an NYU student received a racist email in response. 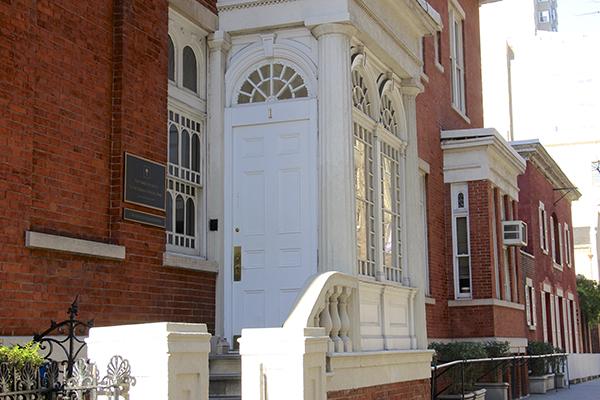 The exterior of the Silver School of Social Work. (WSN File Photo)

A student detailed via Twitter an act of racial discrimination he experienced on Tuesday, warranting a response from the Silver School of Social Work.

Silver first-year graduate student Shahem Mclaurin, who is currently in Paris, alerted his professor — whom he has refrained from identifying — at the beginning of the semester that he would be out of the country during a class and got approval to attend via FaceTime.

Mclaurin initially planned to FaceTime his friend Ymani, the only other black student in the class, but she did not attend class Tuesday due to the snow. Mclaurin reached out to other classmates via email Monday night to see if anyone would allow him to FaceTime them, but no one replied, according to Mclaurin.

He then emailed the professor to notify her, and she told him that he would not be able to FaceTime.

“She said ‘I don’t think you will be able to video chat in, either,’” Mclaurin said to WSN. “She said she’d just give me an assignment to make up for the absence and what they covered in class.”

Afterward, Mclaurin received a message from another student in the class, which has since gone viral on Twitter with over 3,300 retweets and 7,700 likes at the time of publication. In the message, the student said they were more comfortable without a “black presence.” 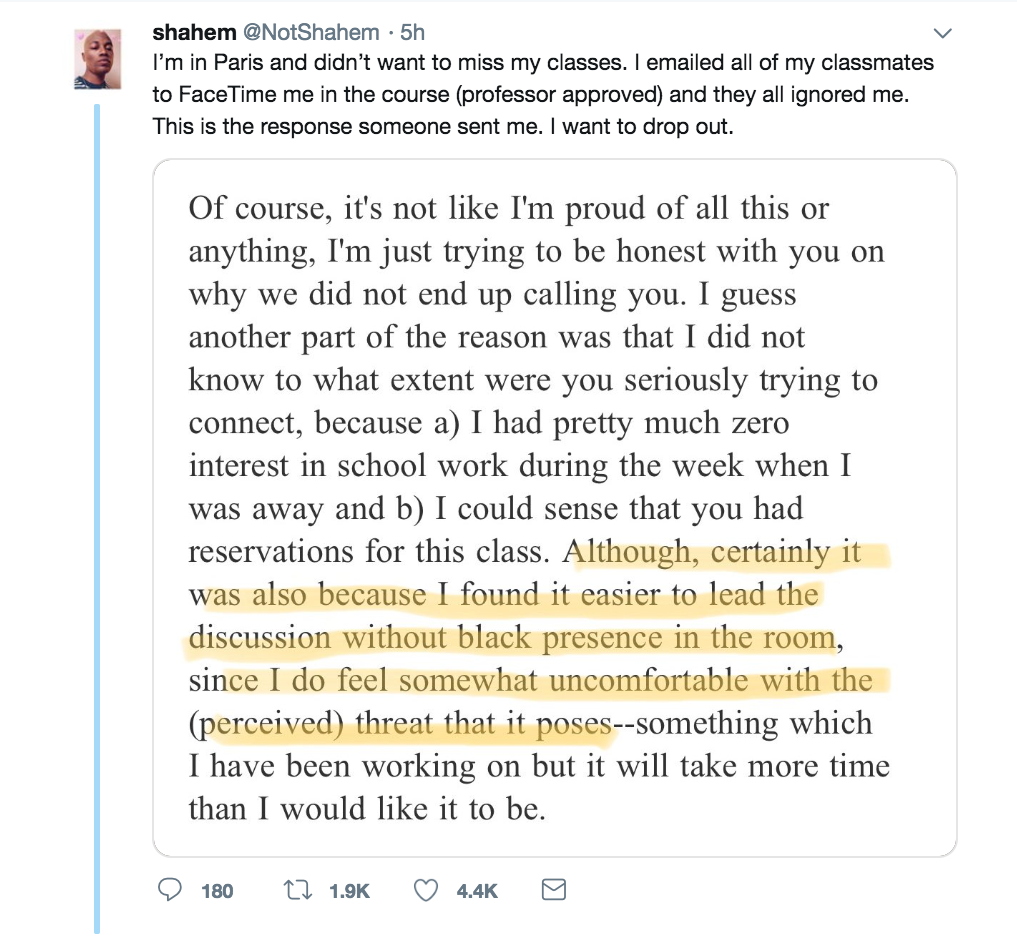 “I found it easier to lead the discussion without black presence in the room, since I do feel somewhat uncomfortable with the (perceived) threat that it poses — something which I have been working on but it will take more time than I would like it to be,” the message from the anonymous student reads.

Mclaurin feels that his peers collectively made a decision to exclude him from the educational space.

“My classmate confirmed that there was a conversation and the class did decide not to FaceTime me,” Mclaurin said. “He then emailed me back and said ‘I don’t want to say whether or not it’s about racism … but I will say there were a lot of excuses as to why no one would call you.’”

Racism and discrimination in educational settings have historically been associated with stereotypes of incompetence or lack of motivation of black students, which Mclaurin said he felt due to his classmates’ and professor’s reaction. 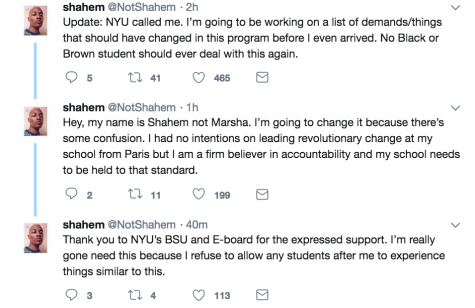 Silver responded after another student tweeted at them with Mclaurin’s original tweet attached.

“[Thank you] for bringing to our attention,” Silver’s tweet reads. “No student should experience racism/be made to feel unwelcome in the classroom. We reached out to learn more [and] offer the School’s support [and] are taking action at the student, instructional [and] institutional levels.”

Mclaurin said a staff member of Silver’s Financial Aid Office has reached out to Mclaurin about this issue after receiving a call from someone who had seen the tweet.

“They’re going to schedule some sort of conversation moving forward,” Mclaurin said. “They assured me that there will be no steps taken without my involvement.”

This is a breaking story and will continue to be updated as WSN learns more. Email Tianne Johnson at [email protected]